Hey Now, Tim Tebow Is An All Star . . . For AA Binghamton 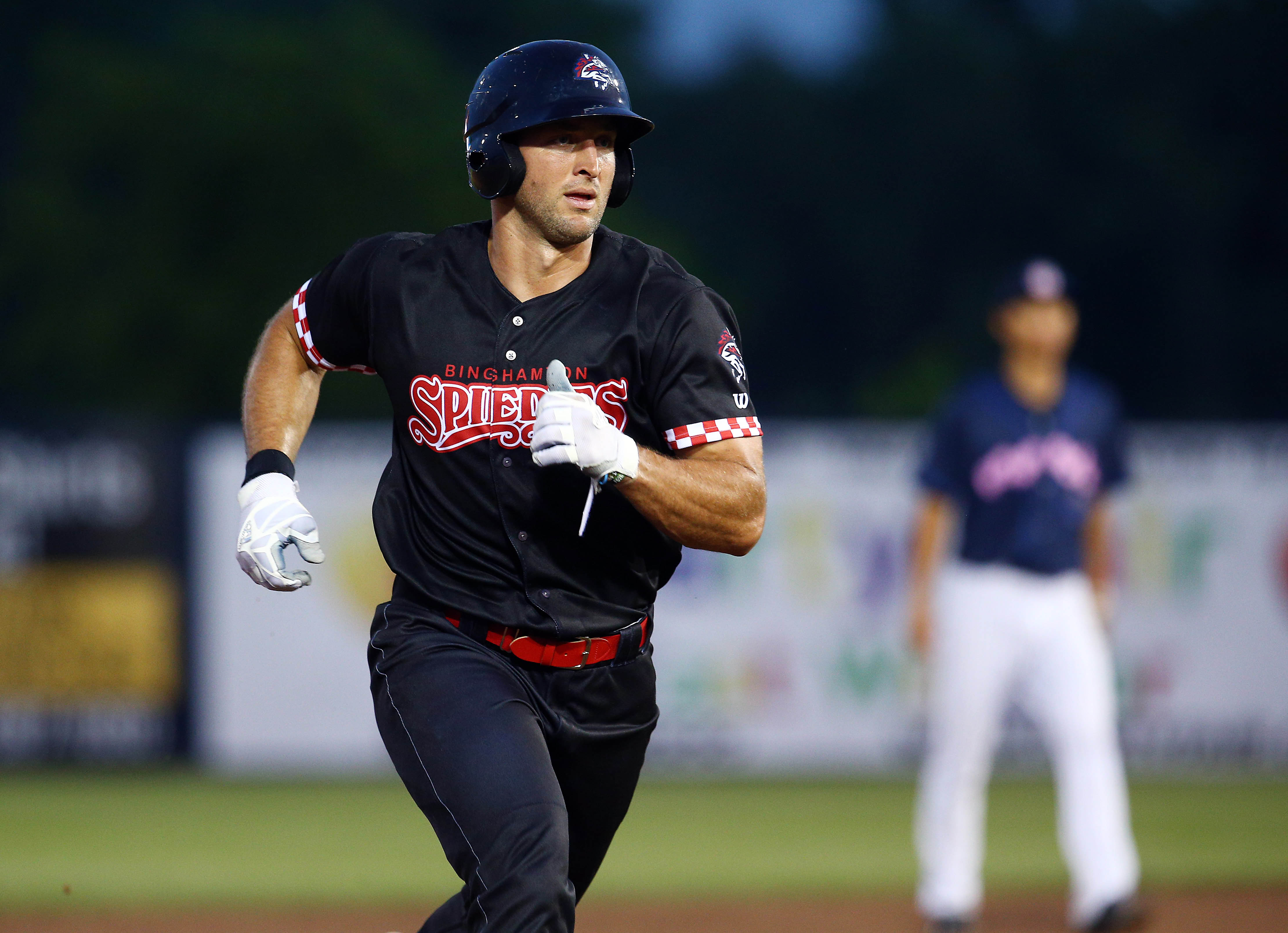 Hey Now, Tim Tebow Is An All Star . . . For AA Binghamton

The Eastern League announced their All Star rosters yesterday, and the New York Mets’ AA affiliate is sending five representatives to the game. The Binghamton Rumble Ponies will be represented by pitchers Nabil Crismat and Daniel Zamora, catcher Patrick Mazeika, infielder Levi Michael, and most notably outfielder Tim Tebow.

In 68 games for the Rumble Ponies in 2018, Tebow is batting .256 with five home runs and 30 RBI’s. Tebow has been red hot this month, batting .300 with a homer and 11 RBI’s, but there is no doubt that his selection was at least partially motivated by ticket sales. Either way, we can now call Tebow an All Star, which is something that no one really expected when the Mets signed him late in the 2016 season.