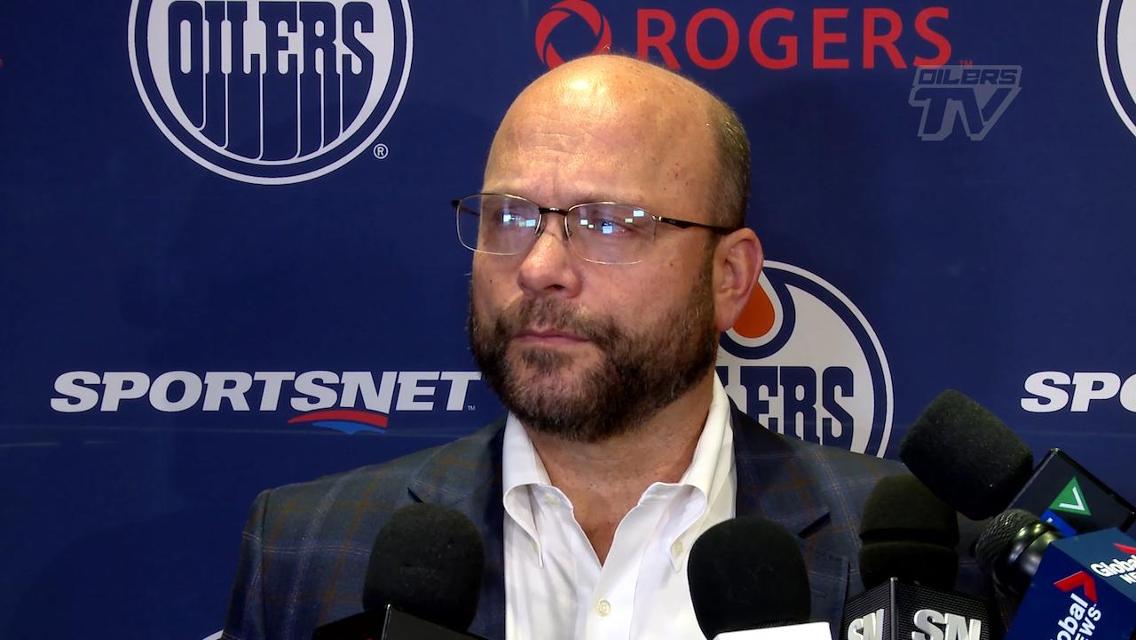 The draft is over, day one of free agency has come and gone, and all 31 NHL teams have made some additions and subtractions to their rosters. The Edmonton Oilers haven’t been overly active, but they’ve made a few moves.

The club kept their powder dry at the draft, deciding to keep the tenth overall pick and select Evan Bouchard. They snagged Ryan McLeod in the second round, then traded up for arguably the best goalie prospect in Olivier Rodrigue.

As free agency opened up yesterday, the Oilers snagged a potential seventh defender in Kevin Gravel and two bottom-six forwards in Kyle Brodziak and Tobias Rieder.

It is my belief that the Oilers aren’t done making moves this summer, but it’s always a good idea to re-calibrate the shopping list after the big dates have passed.

1.) A top-six scoring winger: The Oilers were not able to add this player via trade at the draft or via free agency yesterday. Jeff Skinner and Phil Kessel remain trade targets, while James Neal and Patrick Maroon are still out on the free agent market. As a bargain bin option, Anthony Duclair remains on the market as well.

It’s become apparent the Oilers will not be able to address this hole with their current salary cap structure. They’ll need to move either Milan Lucic or Andrej Sekera to get something done here. Perhaps, with his bonus money paid, Lucic becomes a more appealing option for teams like Pittsburgh in a ‘hockey trade’.

2.) Address second-pairing RHD: Trent Yawney is a helluva defensive coach, and my bet when he was signed was that Matt Benning would benefit from him the most. It appears that Benning will be taking the second-pairing RHD role as the Oilers failed to address this spot via trade.

Eventually, Evan Bouchard will take this role, perhaps as early as fall of 2019. Until then, it appears Benning has the inside track.

3.) Bottom-six penalty killer: Tobias Rieder and Kyle Brodziak are excellent choices for this role and both players strengthen Edmonton’s depth and penalty kill. Rieder will help with speed, while Brodziak will bring a much needed veteran presence to the table. Chiarelli certainly filled this hole.

4.) Figure out the coaching staff: The entire assistant coaching staff from last season is gone. Jim Johnson was fired, Ian Herbers’ contract not renewed, and Jay Woodcroft sent to AHL Bakersfield to be the head coach there. Replacing them? Trent Yawney, Glen Gulutzan and Manny Viveiros. There was meaningful change here and I believe the staff is better now than it was last year.

5.) Add a backup goalie who can play 20-25 games: Mikko Koskinen was signed in early May. He’ll be the backup on opening day in Sweden on October 6th.

Out of the five items on his list, Chiarelli has completed three of them. Unfortunately, the most important two in most people’s minds are still left to be attended to.

The good news? Item two, the second-pairing RHD option, appears to be filled long-term with the Bouchard pick. In the end, while it isn’t the sexy route, it is without doubt the smart one, especially if Benning steps up this season.

As for adding a top-six winger, as I mentioned it will come down to moving cap off the books. I do believe the Lucic trade window really opens up now that his bonus money is paid, and I do think the Oilers could acquire a top-six forward in return for him.

That said, I do suspect that Lucic bounces back and scores 20-25 goals this season while hitting the 50 point mark for the second time in his Oiler career. He had a lot of bad luck last season and I really do believe he’ll be ready to go from the get-go this year.

We shall see what is next for Peter Chiarelli and company.