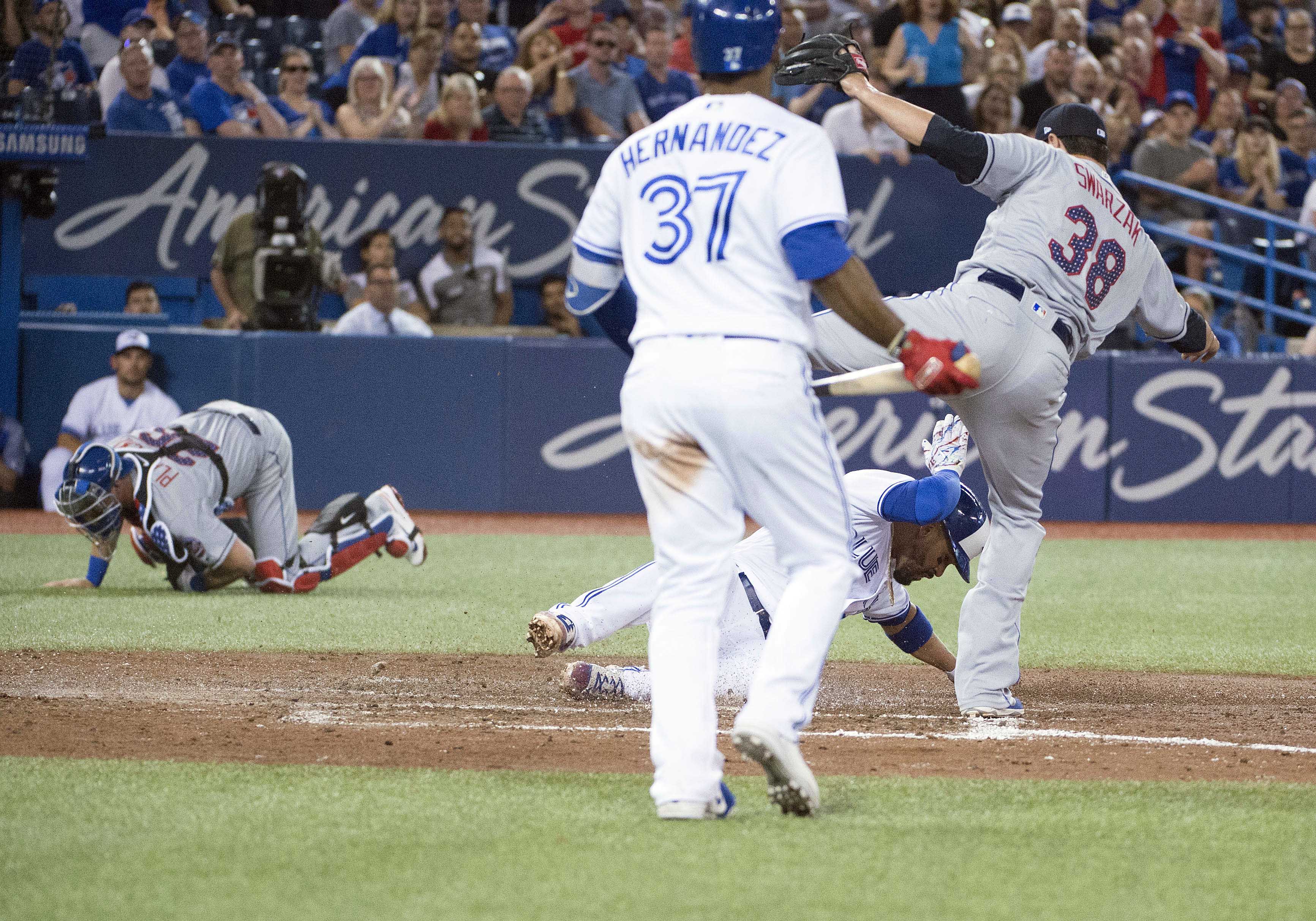 The New York Mets (33-49) have made an art form of finding ways to lose baseball games. Last night was no exception, as the Mets built a 6-1 lead over the Toronto Blue Jays (40-45) on the strength of three homers and a solid start from Zack Wheeler, but the bullpen coughed it all up in an 8-6 defeat. The Mets will look to bounce back tonight as they spend Independence Day north of the border to complete their two game set with the Blue Jays. First pitch for tonight’s game is scheduled for 7:07 pm at Rogers Centre.

The Mets will send rookie right hander Corey Oswalt (0-1, 9.82 ERA) to the mound for his second big league start. Oswalt’s first appearance in the big league rotation didn’t go too well as he gave up six runs in 2.2 innings to lose to the Miami Marlins last Friday. The Blue Jays will counter with righty Marcus Stroman (1-5, 6.02 ERA). Stroman delivered one of his best starts of the season his last time out, allowing two runs (one earned) in seven innings to defeat the Detroit Tigers last Friday to earn his first win of the year.