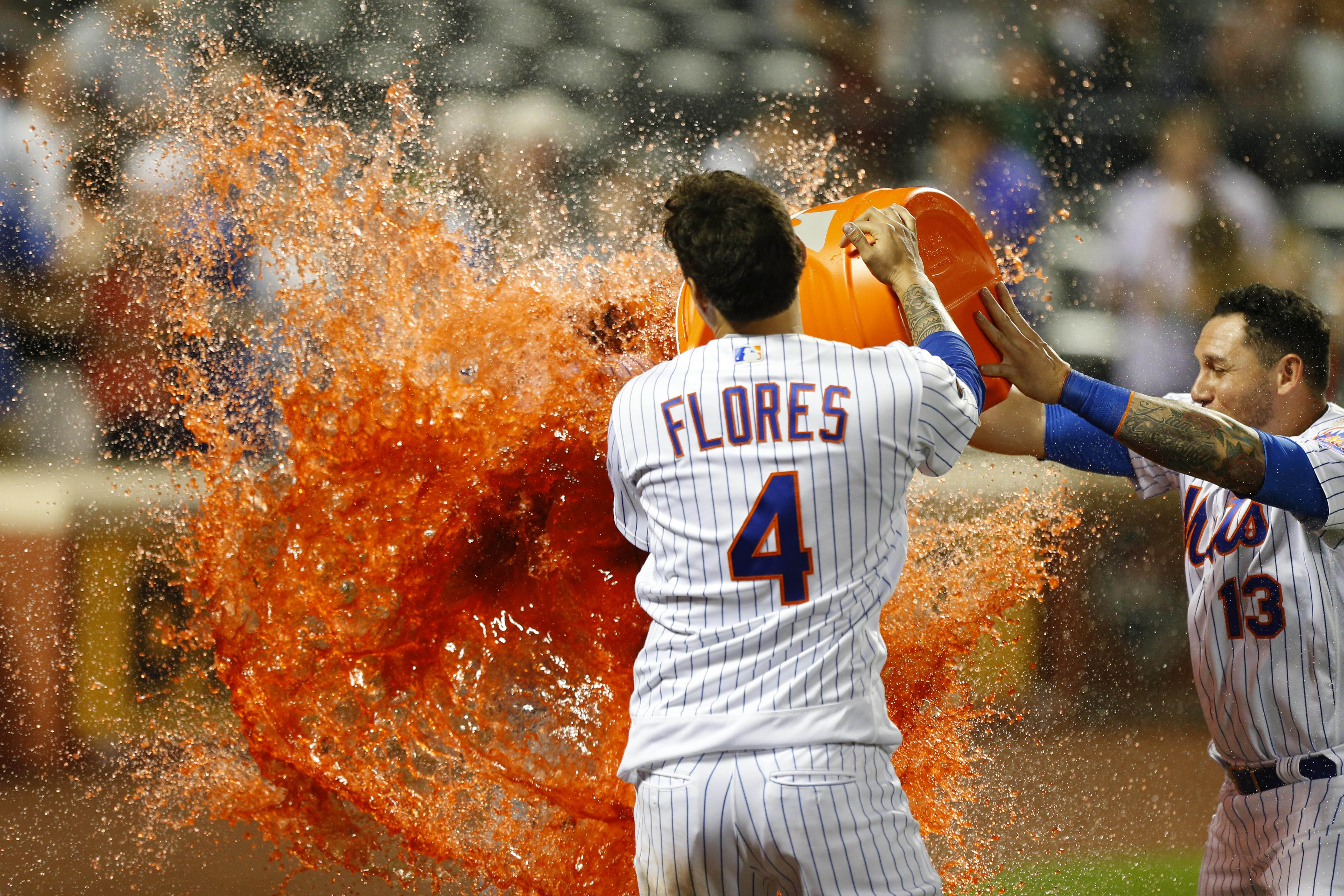 It was yet another game that teetered on disaster from the beginning. Jose Bautista was wincing after chasing a ball that hit off the wall, and then hurting himself because some numb nuts forgot to latch the door shut for the second time this season. And you wonder why everybody things this is a minor league operation. (Well, that’s one of so many reasons.)

Then during the game, which featured another gem by Jacob deGrom where the W in the boxscore floated away to someone else, Wilmer Flores was thrown out of the plate by three miles on a Todd Frazier double because after ten seasons in this organization nobody that works for the team have figured out that Flores is slow. This team refuses to scout their own players, let alone scouting the rest of the league.

But amidst all the frustration, it was the same Bautista that was almost done for after the first who stepped up to the plate in the ninth with two outs and the bases loaded, and didn’t even wait for the count to get to 3-2 so he could be the subject of a 1982 Billy Joel lyric. He crushed the first pitch into the second deck for a game winning grand slam to defeat the Tampa Bay Rays by the skin of their teeth, 5-1. “Joey Bats” will always be known for the bat flip with his most recognizable team, but as a Met he has tallied the first walk-off home run of his career. A footnote in his career, much like this win will wind up being a footnote in the 2018 season, albeit a footnote that everybody in the ballpark deserved to see and will probably remember for a while.

It probably means the Mets will feel validated in signing players well past their prime to fill major roles on the team, but Bautista has certainly been a bright spot. Sad to wonder where they would be without a major league signing off the scrap heap. At the very worst, he’s 2018’s version of Gary Sheffield, who was decent enough to shine amidst the mess that was the 2009 Mets, and had his own Mets footnote by hitting his 500th home run. And there’s your abridged history of twilight year Mets who have had their footnotes in Flushing.

The Mets have become proficient at that … creating Mets Classics out of the rubble of lost seasons. Then you watch them and you wonder “why is this a Mets Classic again?” And then we’ll wonder “Why did the Rays’ starter only go two innings and why did we have so much trouble beating them under these circumstances?” But I guess we’ll take anything out of this death march to the finish line. This game will keep us warm in five years when David Wright is our manager, Tim Tebow is our leading hitter, and Wilmer Flores is winning his third straight MVP with the Minnesota Twins.