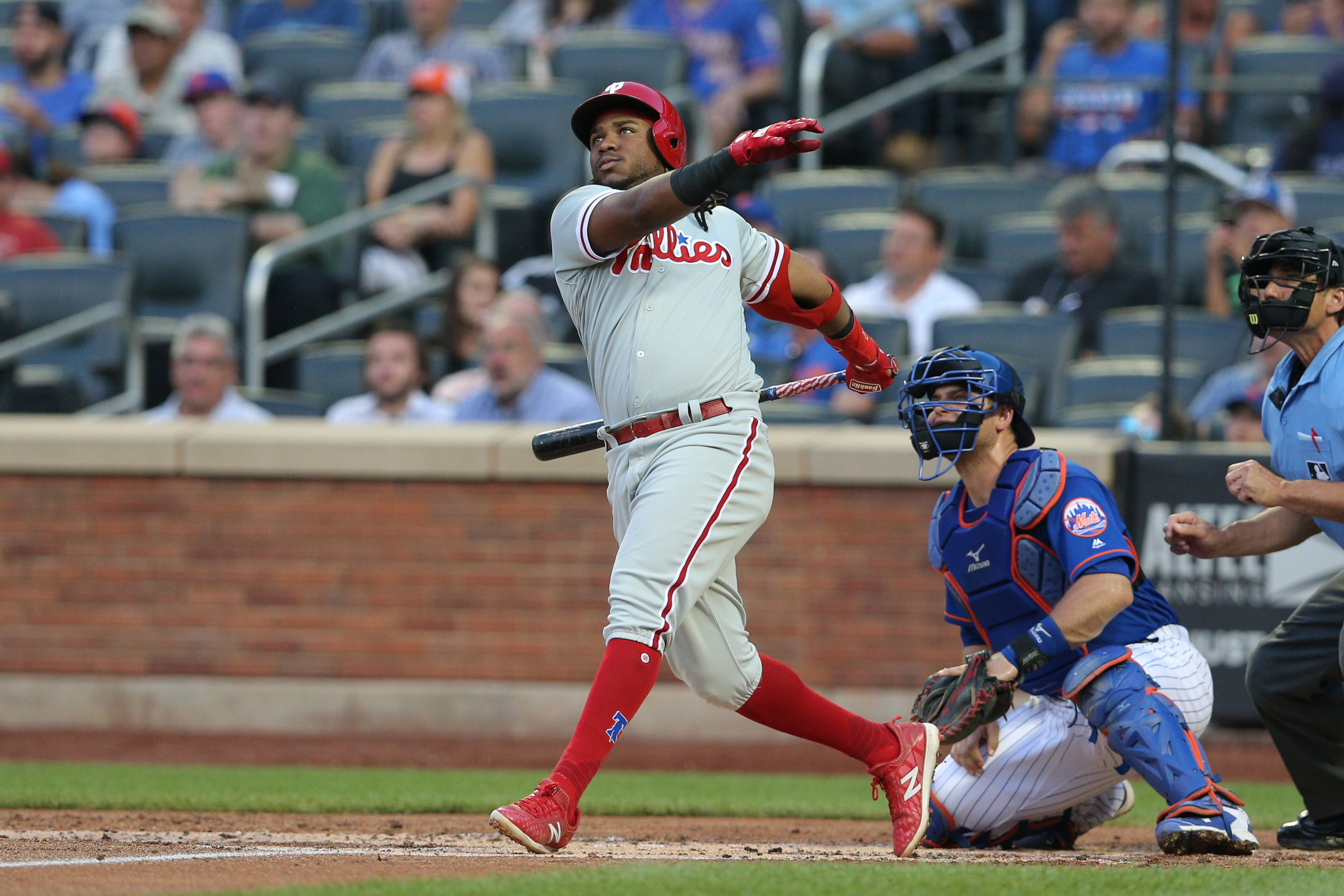 The New York Mets (36-53) were stuck starting an eight year minor leaguer last night, and it went about as poorly as one would expect. Drew Gagnon made his major league debut and was hammered for six runs in 4.2 innings of a 7-3 loss to the Philadelphia Phillies (51-39). The Phillies have now won two of the first three games in this series, so the Mets will look to salvage a split in the finale tonight. First pitch for today’s game is scheduled for 7:10 pm at Citi Field.

The Mets will send their ace, righty Jacob deGrom (5-4, 1.79 ERA), to the mound today. deGrom was brilliant again in his last start, tossing eight innings of one run ball against the Tampa Bay Rays last Friday, but was stuck with a no decision because the Mets couldn’t muster more than one run while he was in the game. The Mets ended up winning the game 5-1 when Jose Bautista launched a walk off grand slam in the 10th inning. The Phillies will counter with young right hander Vince Velasquez (5-8, 4.69 ERA). Velasquez last pitched on June 30th, when he gave up a run in two innings against the Washington Nationals before getting hit in the forearm with a line drive. That injury sent Velasquez to the disabled list, where he missed just one start before being activated today.