Jacob deGrom's Agent And The Atmosphere of Indecision 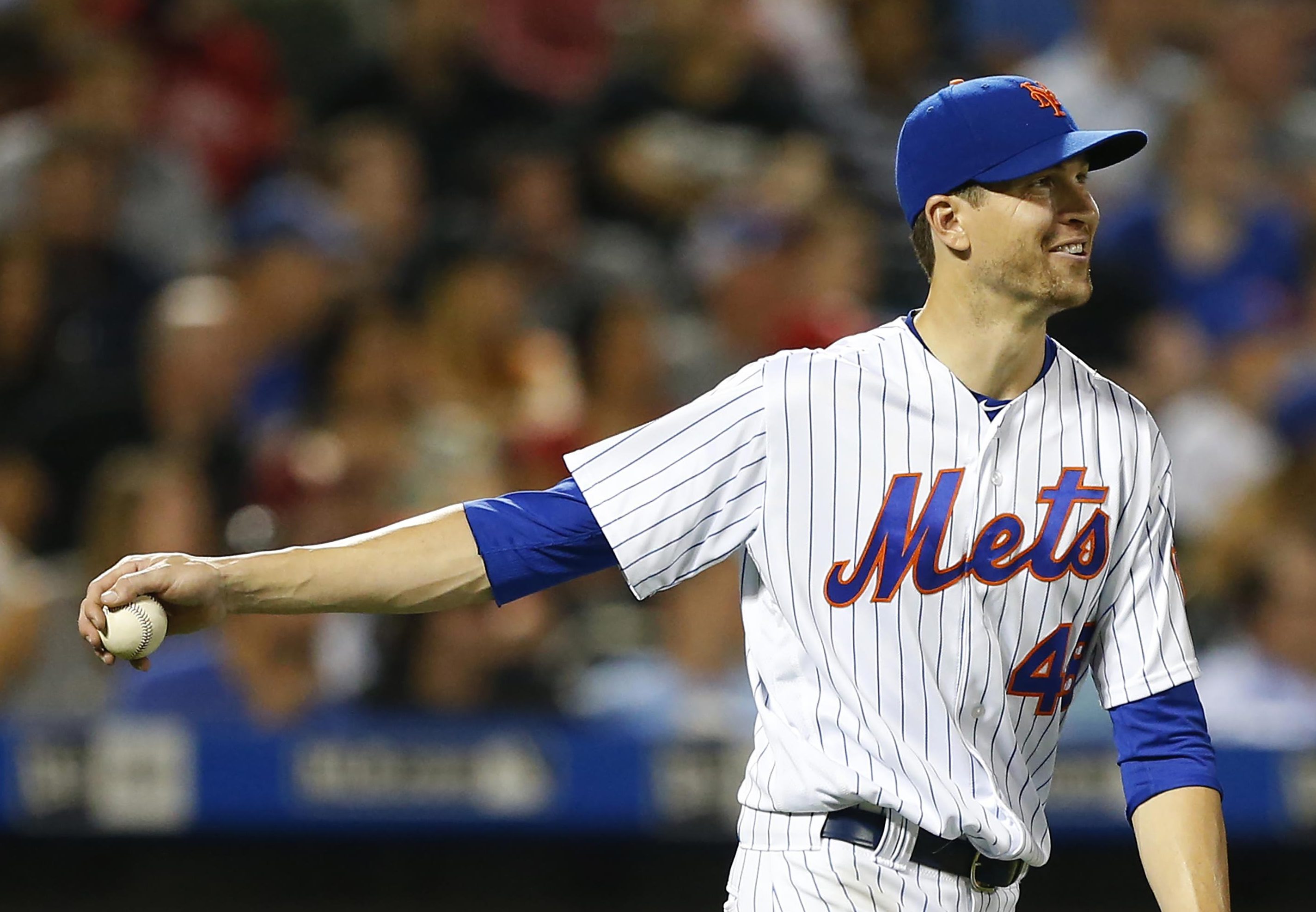 Jacob deGrom's Agent And The Atmosphere of Indecision

Sometimes I feel that the Wilpons fancy themselves as owners who put themselves in an insulated cocoon where nobody can get to them. So it’s fun to see somebody try to rustle their feathers a little bit. Introducing: Brodie Van Wagenen. By day, he’s Jacob deGrom’s agent. By night, he’s a bringer of good, who wants to see the Mets sign deGrom to a long term deal.

“If the Mets don’t share [the] same interest, we believe their best course of action is to seriously consider trade opportunities now. The inertia of [the] current situation could complicate Jacob’s relationship with the club and creates an atmosphere of indecision.”

Creates an atmosphere of indecision? Dude, indecision is the cool, crisp mountain air of Flushing. We’ve been breathing it for years.

But go on. You were saying?

“It is simply expressing Jacob’s interest to stay with the club long-term, and if he is not part of the future, he understands that the club is better positioned to trade him.”

I don’t know how successful this is going to be, especially since the Mets are looking to contend next year which would eliminate a trade, and the Mets are looking to save money at every turn which would eliminate the other option. But bravo to Mr. Van Wagenen. Because if nothing else, it shines another light on the Wilpons and their cheapskate way of doing business.

Even if you feel that signing deGrom to an extension now is dicey because he’s on the wrong side of 30 and that the right move at this time is to just let his contract run out and get the last two years of his prime on a rookie contract, the fact of the matter is that deGrom would have been signed to an extension at least two years ago by most other teams. And if the Wilpons want to continue their atmosphere of indecision, at least we’ll know once and for all where they stand. Unless there is a long term extension this offseason, then we know that they Mets prefer to operate as the New York A’s forever and ever, despite the fact that they’re in “excellent financial health“.