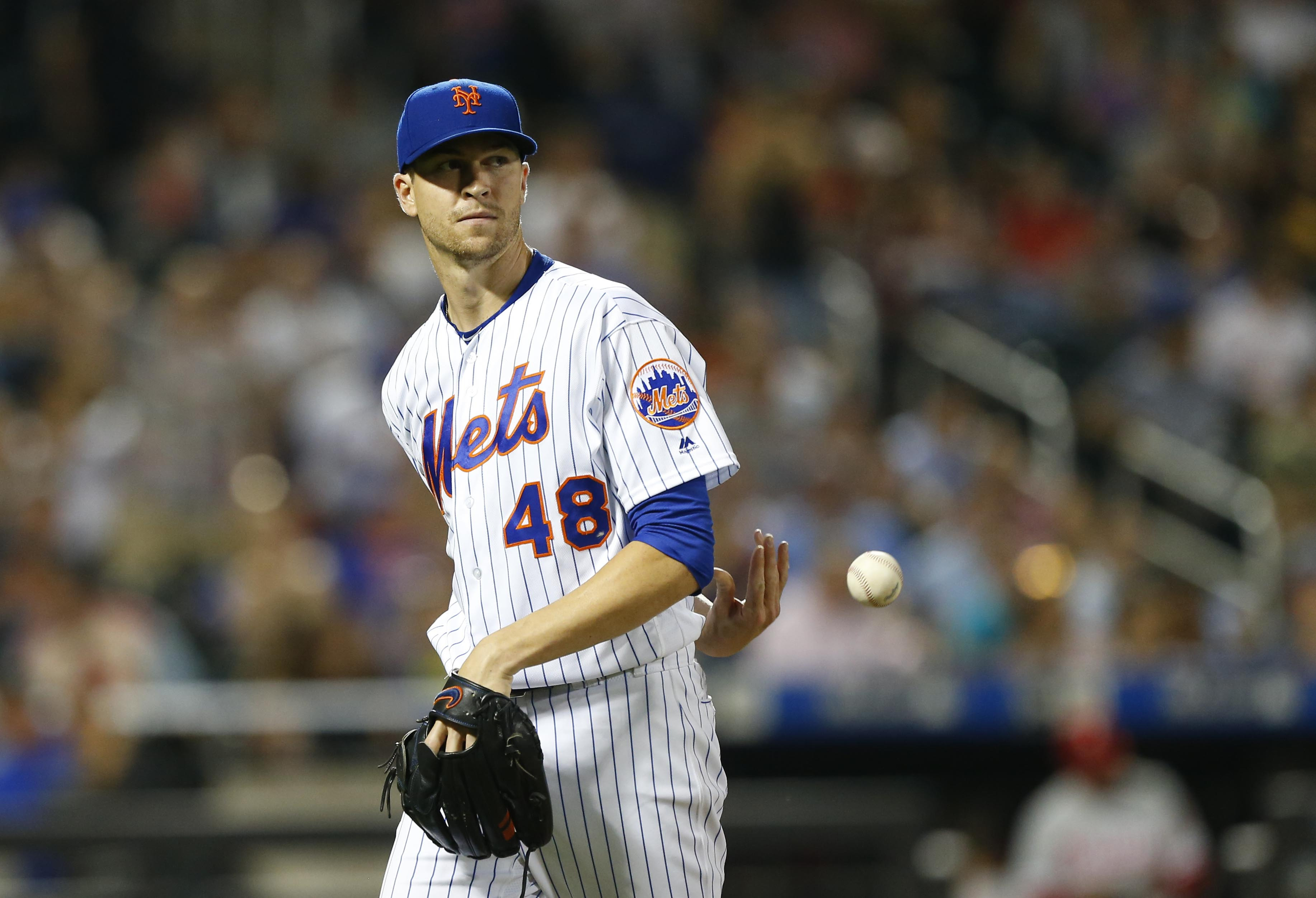 When a team goes 39-55 in a half of baseball, there aren’t a ton of bright spots to point out. The 2018 New York Mets are no exception, with a lot of disappointing performances contributing to the team that has the worst record in the National League. There have been a few notable performers who have carried their weight for the Mets this year, including second baseman Asdrubal Cabrera (.281/17/52) and outfielder Brandon Nimmo (.253/13/30/.863). While both of them have been solid players, anyone who has watched the Mets this year knows that their MVP has been starter Jacob deGrom.

The won-loss record isn’t great for deGrom, who is just 5-4 over his first 19 starts, but that is more a function of the lousy team around him than his own performance. deGrom leads the major leagues in ERA at 1.68 by a wide margin, with the next closest starter being Boston Red Sox’ lefty Chris Sale, who checks into the All Star break with a 2.23 ERA. Only Washington Nationals’ ace Max Scherzer (0.90) has a lower WHIP than deGrom’s 0.97 in the National League while Sale (0,90), Justin Verlander (0.84), and Corey Kluber (0.91) have better marks in the American League. By any quantifiable measure this season, deGrom has been one of the five best pitchers in baseball and should win his first career Cy Young Award if he keeps this up.

The Mets could certainly help their ace’s cause by playing better in games that he starts. Over the course of deGrom’s 19 starts this season, the Mets are just 8-11 and have given him only 3.79 runs per start, the worst mark for a pitcher with at least 120 innings pitched according to Owen O’Brien of Newsday. That figure dropped to 2.77 runs per game over his last 13 starts, and the bullpen hasn’t helped by constantly blowing games where deGrom has left with the lead. deGrom has given up one earned run or fewer in 14 of his 19 starts, so he certainly could be at least 12-5 like Scherzer if he had an average team playing behind him. With the Mets showing no interest in selling high on deGrom, the main story for their fans to latch onto is his quest to win a Cy Young Award.