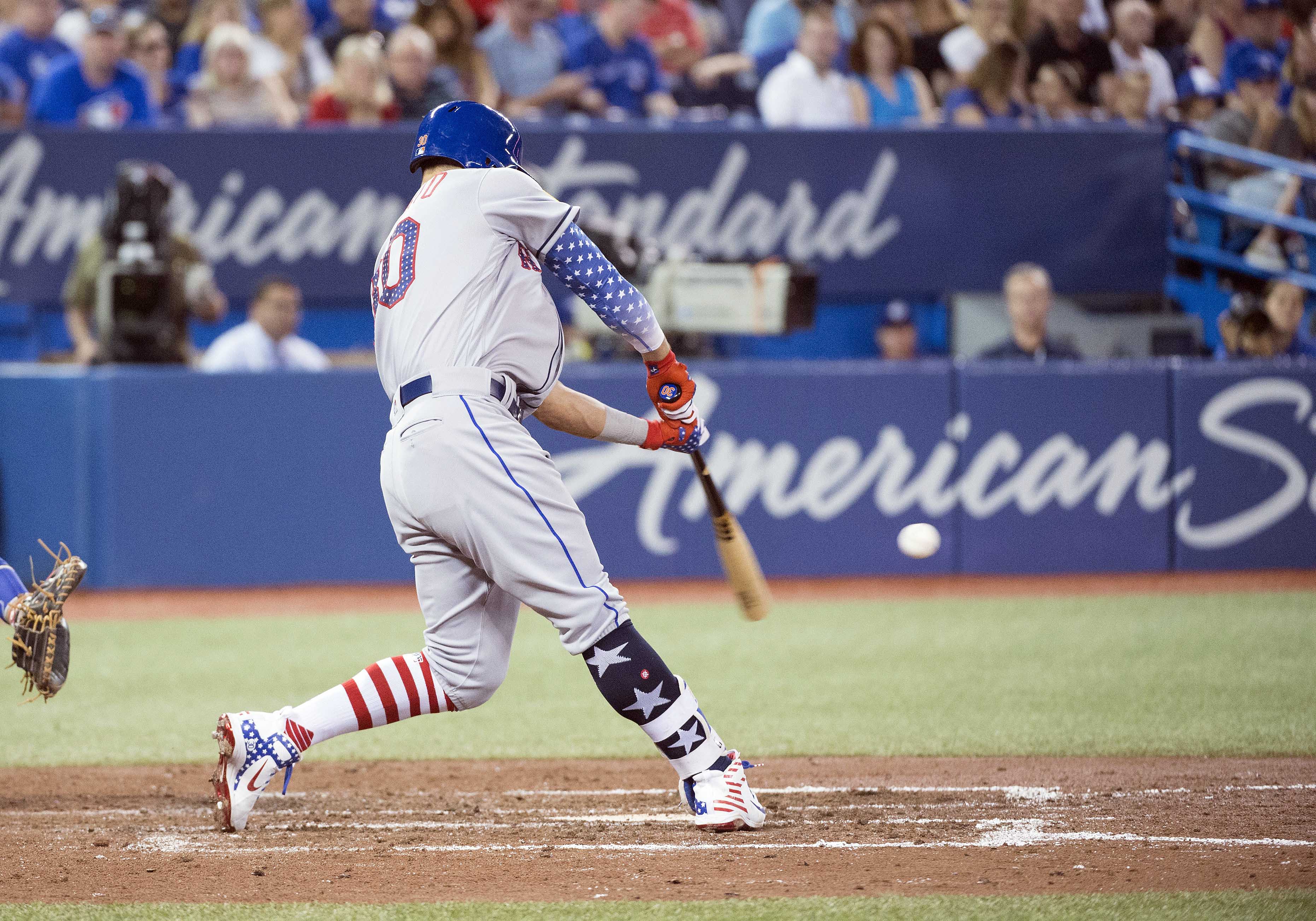 While the 2018 season is virtually over for the New York Mets as the result of their disastrous first half, there are still 68 games left to be played. The wins and losses aren’t going to be particularly relevant for the Mets (although picking up more wins would be nice), so the more important measure of the half is seeing how much improvement they can get from some of their players as they decide how to approach the 2019 season. If several of the players on this list step up, it may help the front office (and whoever becomes the next General Manager) decide to go for it and try to win next season. More poor performance could also lead the front office to concede that the Mets are further away than initially thought and seriously explore trades for Jacob deGrom and/or Noah Syndergaard over the winter. In essence, these five players will determine a lot of how the Mets approach 2019:

Michael Conforto: The number one player on this list with a bullet is Conforto, who was on his way to becoming a superstar before a shoulder injury ended his 2017 season early. The Mets let Conforto rush back from the injury this year, bringing him back to the majors on April 5th despite an initial timetable of May 1st, and he has predictably struggled without a full offseason of preparation. Conforto is hitting only .216 with 11 homers and 30 RBI’s on the year, with part of the problem being that he has tried too hard to hit home runs instead of going the other way with pitches like he did last season. It has to be concerning that Conforto has alternated good and bad years to this point in his career, so if he can put up a strong second half it would alleviate a lot of concerns about his ability to be a franchise player going forward.

Jay Bruce: Yoenis Cespedes could easily be on this list, but it would be cheating since he has produced when he has been able to stay on the field. Instead we have opted to look at Bruce, who is having one of the worst seasons of his career, batting .212 with three homers and 17 RBI’s in 62 games before landing on the DL with hip pain. The Mets gave Bruce a three year, $39 million deal over the winter for his proven power production, and they have gotten none of that. Since Bruce is going to be here next year thanks to his contract, the Mets need to see if he will hit when healthy. Having a healthy Jay Bruce in the middle of the order would solve a lot of the Mets’ offensive problems and potentially solidify a big part of the lineup next season.

Amed Rosario: The Mets’ best young player has had predictable growing pains, hitting only .246 with a .289 on base percentage in the first half. Part of the problem stems from the fact that the Mets’ player development system left him underprepared for the major leagues, a fact the current coaching staff noticed when they sat him for three days at the end of June to try and overhaul aspects of his game. Rosario has looked sharper at the plate since returning, and if he can carry that over into the second half the Mets can feel good that a guy who was once touted as the best prospect in baseball can start living up to some of that massive potential.

Anthony Swarzak: One area of the Mets that will be overhauled this winter is the bullpen, with Jeurys Familia, Jerry Blevins, and A.J. Ramos all likely headed out the door. The only veteran signed to be part of next year’s pen is Swarzak, who has been a disappointment for the Mets this year. Signed to a two year deal over the winter, Swarzak missed two months with an injury and has pitched to a 10.00 ERA since coming back. The Mets need to see a lot more out of Swarzak since they won’t be able to afford four new top relievers next winter along with all their other needs.

Kevin Plawecki: One half of the expected catcher’s duo on Opening Day, Plawecki started out slowly before landing on the DL with a broken finger that cost him nearly six weeks of action. Since coming back, Plawecki has been splitting time with Devin Mesoraco, but he has started to earn more and more playing time in the last month. Plawecki has quietly raised his batting average to .240 and has an OPS of .771 in 33 games, an admittedly small sample size but one that is pretty good when you look at the state of the position in baseball these days. The Mets need to see if Plawecki is capable of keeping up that production in the second half, and if he can the Mets may opt not to retain Mesoraco and let Plawecki be their regular catcher in 2019.