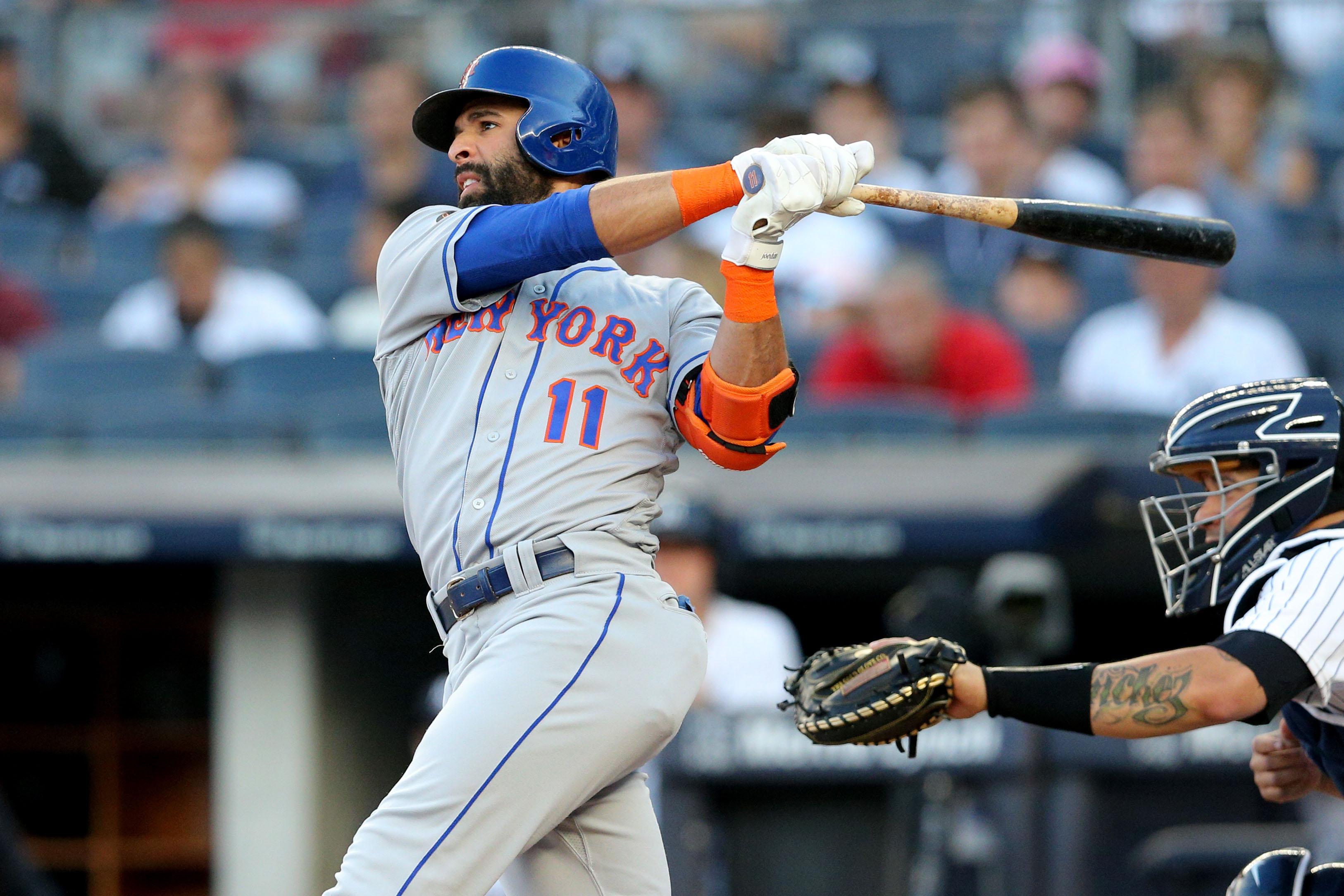 After a relatively light return in the Jeurys Familia deal over the weekend, the New York Mets may have some more opportunities to cash in some chips for prospects over the next few days. Aside from Asdrubal Cabrera, who has drawn interest from at least five teams, the Mets have gotten calls on veterans Jose Bautista and Devin Mesoraco, Mike Puma of the New York Post reports. If the Mets can get anything of value for either player, they could well be on the move either by the July 31st trade deadline or through waivers in August.

Both guys have qualified as the rare low risk move that has worked out for the Mets. Bautista was signed in late May after being cut by the Atlanta Braves and has shown that there is still life in his bat, batting .235 with five home runs and 22 RBI’s since joining the Mets. Another factor of Bautista’s game that has been impressive is his eye at the plate as he has posted a strong .393 on base percentage. Mesoraco, who the Mets acquired from the Cincinnati Reds in the Matt Harvey trade, is hitting .226 with seven homers and 20 RBI’s since coming over from the Queen City.

The good news for the Mets is that neither player makes a ton of money, with Bautista playing for the league minimum and Mesoraco’s entire salary being paid by the Reds, so they won’t have to ask other teams to eat the money on those contracts. The problem is that the Mets probably won’t be able to get a ton of value for either player. Bautista will probably draw interest as a bench piece for a contender, so he’ll probably slip through waivers in August and get shipped off at some point then. The catching market is a bit thin, so the Mets should be able to get something slightly better for Mesoraco, but there are other viable upgrades on the trade front for contenders, including Wilson Ramos. If the Mets can get something useful for either player they should take advantage of the opportunity and cash out on them, opening up at bats for younger players like Dominic Smith and Kevin Plawecki.