Yoenis Cespedes' Season Is Over as He Will Undergo Heel Surgery 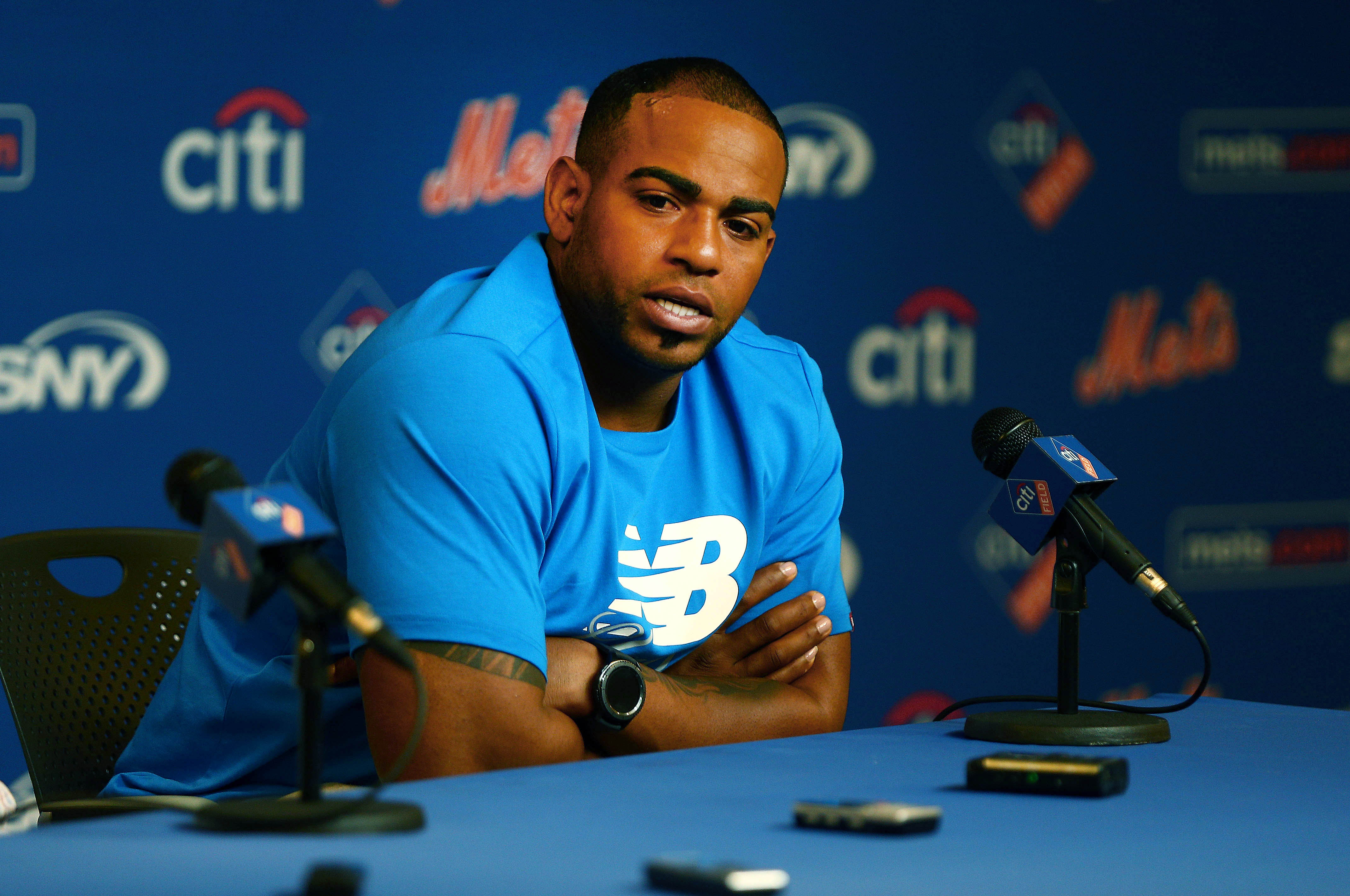 Yoenis Cespedes' Season Is Over as He Will Undergo Heel Surgery

The second coming of the 2018 version of Yoenis Cespedes lasted just one game. Cespedes, who was placed on the disabled list yesterday with heel problems, is done for the year and will undergo surgery on both heels to address calcification and bone spurs in them. The New York Mets announced the news this morning at a press conference attended by Cespedes and one of the three interim General Managers, John Ricco. Cespedes, who will have one heel surgery now and another in 2-3 months, is expected to be out for a minimum of 8-10 months. Ricco noted that Cespedes’ recovery won’t be shorter than that and could definitely be longer, putting the slugger’s 2019 availability into serious jeopardy.

This is a very damaging blow for the Mets, who were hoping to contend in 2019, and not having Cespedes for a significant portion of the season hurts those chances significantly. Cespedes has played in only 119 games since signing his new four year contract prior to last season, and history has shown that the Mets are significantly better with him in the lineup than without. There is also no guarantee that Cespedes will be able to come back and be what he once was after this procedure, which was described in recent days as radical. Ricco did mention that Cespedes’ contract was insured, MLB.com’s Anthony DiComo reports in the following series of tweets.

The Mets say they have an insurance policy on Yoenis Cespedes' contract. When asked if the Mets have the ability to reinvest the money saved into player payroll, John Ricco said the team has not yet revised its baseball operations plan.

For reference, the Mets recoup 75 percent of David Wright's contract via insurance. Jeff Wilpon said in January that he considers Wright's entire contract part of the payroll, and so the team does not reinvest money saved via insurance into baseball operations.

So to be clear, the Mets will recoup money off of both Cespedes and David Wright’s contracts, but have no plans yet to re-invest it into their big league payroll. That is the equivalent of flushing $44 million down the drain, and the Mets may hide behind that payroll figure when they inevitably decline to go after the difference makers they need in free agency like Manny Machado.

If the Mets aren’t going to plan on reinvesting that money into big league talent for next season, they need to seriously consider striking while the iron is hot and moving either Jacob deGrom or Noah Syndergaard for a big return now. The starting pitching market is very weak, and they could command a king’s ransom for either pitcher while opting to build around the other one. Instead of riding the middle and hoping to win if everything breaks right, which it rarely does in baseball, the Mets should either embrace the rebuild or use the money saved to add impact players to the roster over the winter. Cespedes’ injury situation should change the equation for the franchise, but the Mets have shown far too often that they will ignore it and just hope for the best.