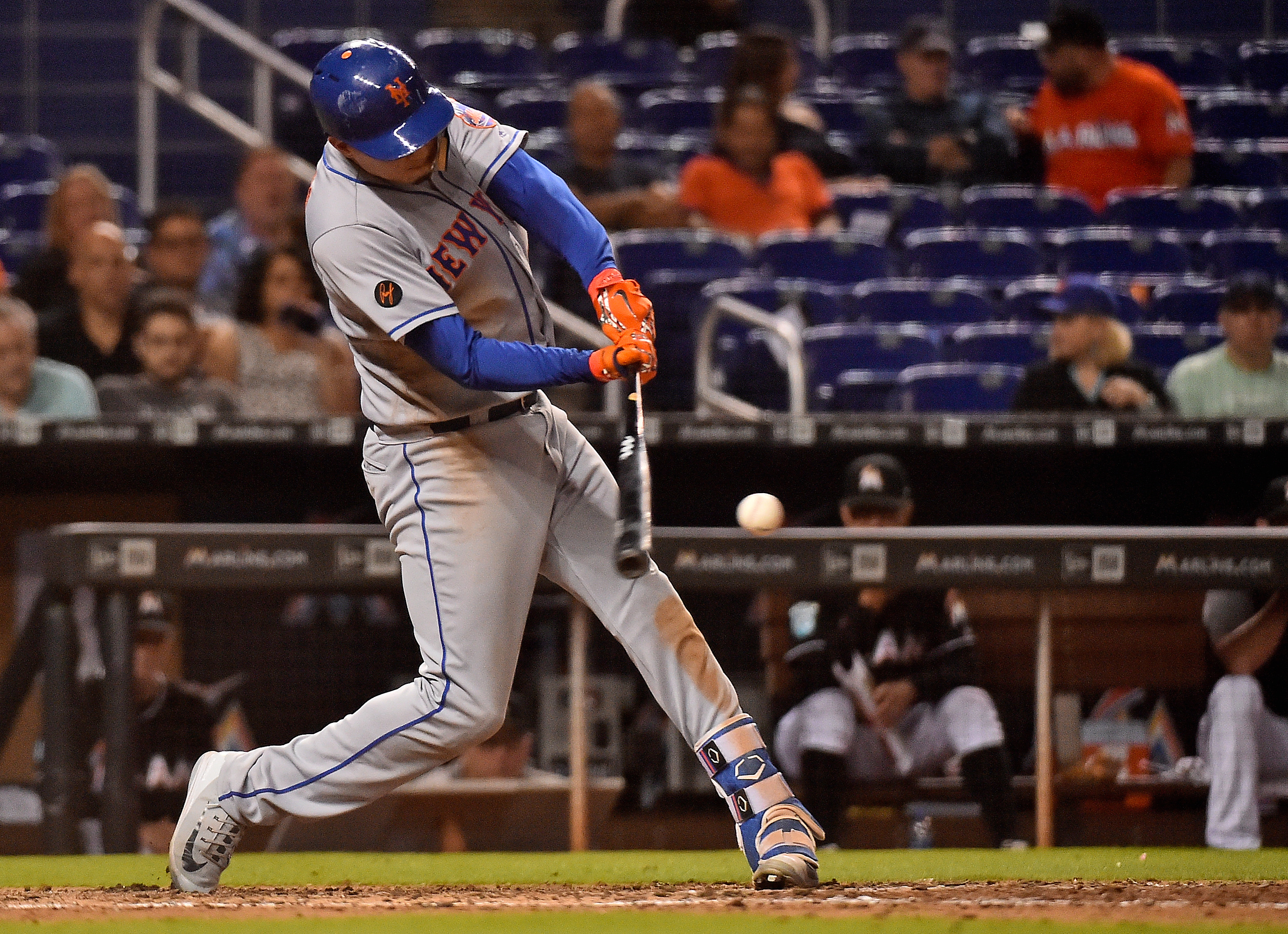 The New York Mets (48-65) were able to ride another brilliant start from Zack Wheeler to a victory last night. Wheeler allowed two runs in seven innings to pick up his fifth consecutive win as the Mets topped the last place Miami Marlins (47-70) 6-2. The Mets will look to record their third straight win, as well as their second straight series victory, as they continue their weekend set with the Marlins tonight. First pitch for the contest is scheduled for 7:10 pm at Marlins Park.

The Mets will send rookie right hander Corey Oswalt (1-2, 5.13 ERA) to the mound this evening. Oswalt was sharp again in his last start, allowing three runs in six innings against the Atlanta Braves last Sunday, but didn’t factor in the decision of a game the Mets went on to lose 5-4. The Marlins will counter with veteran righty Dan Straily (4-5, 4.35 ERA). Straily was solid in his last start, giving up two runs in 5.1 innings against the Philadelphia Phillies last Sunday, but was left with a no decision for his efforts. The Marlins went on to lose the game 5-3.