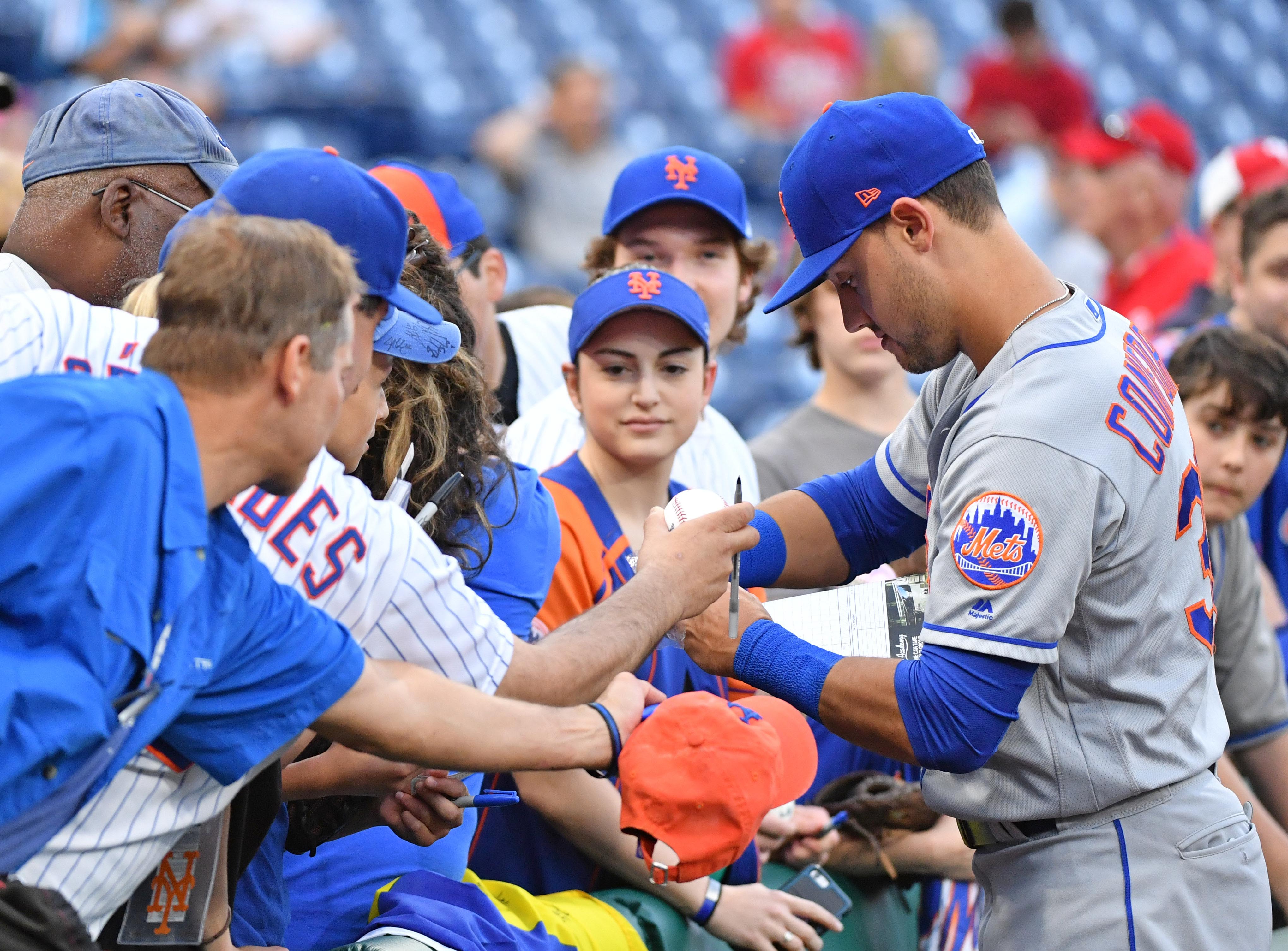 The Mets are still trudging through a road trip that has them playing four teams in five different cities in a span of ten days. They won the series against Florida, finished off a series win against the Yankees, and split a series against Baltimore. Now they head to Philadelphia for four against the Phillies before finishing off the five game series at Williamsport on Sunday. Game One is in the land of Cheesesteak at 4:05 PM.

The Phillies are throwing back to their Von Hayes era uniforms today, so if you squint hard enough you can see Tom Gorman and Calvin Schiraldi give up 26 runs.

Television Coverage: None! This game is not on television. Not because SNY lost their license because they went a little too in depth about the Steve Gelbs’ sweat glands on Wednesday night, but because …

Corey Oswalt’s last six starts have seen him pitch to a 3.94 ERA as his season long ERA has gone from 9.82 to 5.03. Oswalt started the 11 inning loss to the Marlins, as Amed Rosario and Jeff McNeil are still trying to figure out who is covering second on a double play.

And in case you’re wondering about relievers on this doubleheader Thursday:

Jacob Rhame has been added to the roster as the 26th man for today's doubleheader. #Mets

I feel much better.

Ranger Suarez is making his second ever major league appearance after giving up four runs in five innings on July 26th against the Reds. If I run into somebody named “Ranger Suarez” then you might be my one phone call.

Tomorrow’s starters for our doubleheader vs. NYM:

We've got a #ThrowbackThursday doubleheader coming up at Citizens Bank Park!

Where did they get that third place hitter from?