Just Who Is Olivier Rodrigue? 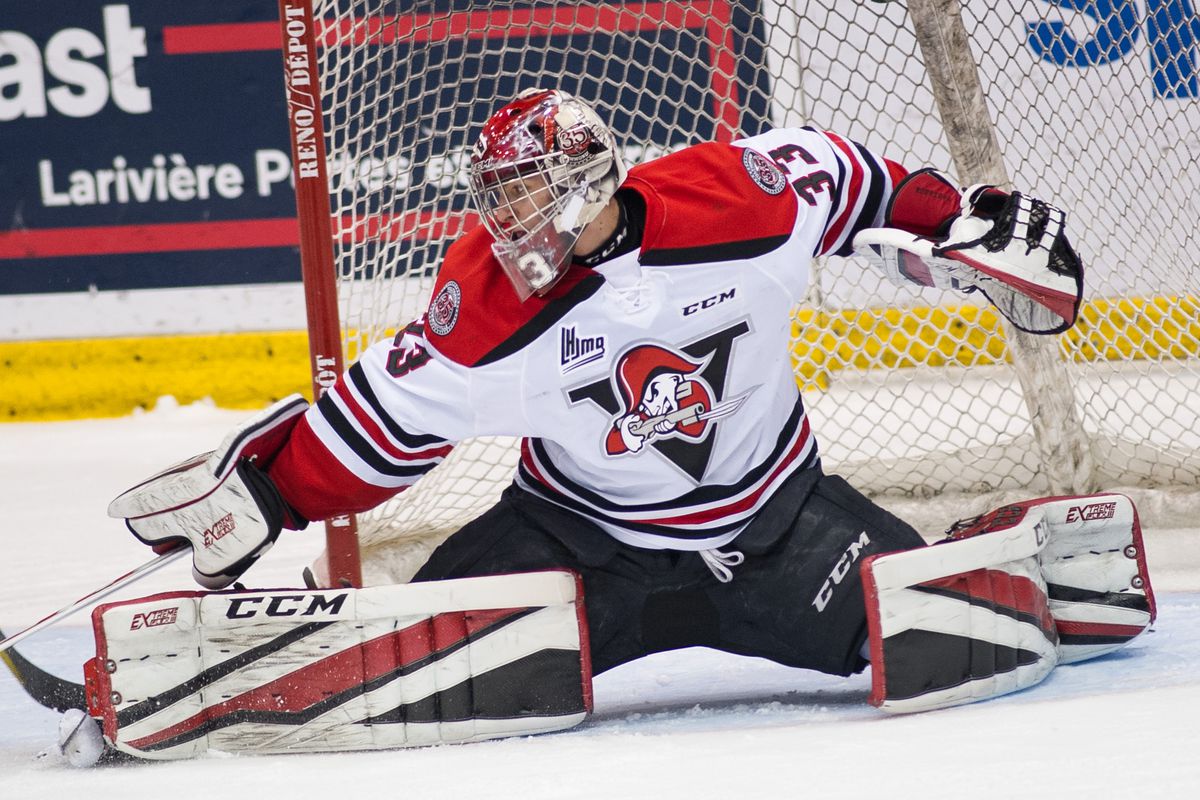 Just Who Is Olivier Rodrigue?

The Edmonton Oilers stepped up and took a goaltender high this past June, trading up with the Montreal Canadiens to select Olivier Rodrigue 62nd overall. Rodrigue joins a goaltending prospect group that suddenly has real depth to it, with Stuart Skinner and Dylan Wells being the most recent two to go pro.

Rodrigue, according to many scouts, was the top goaltender in the 2018 draft, with his athletic ability and aggressive style making him a worthwhile pick even though he is small in stature. At just 6’1” and 155 pounds, Rodrigue isn’t exactly a monster goalie in the shape of Devan Dubnyk or Ben Bishop.

Rodrigue becomes Edmonton’s best goaltending prospect outside of the pro ranks, and has a chance to develop into a starting goalie at the NHL level one day. Because of his last name some got on the pick, but Rodrigue is a serious prospect with big time ability.

So….Just Who Is Olivier Rodrigue?:

Rodrigue enters his third season in the QMJHL with the Drummondville Voltigeurs. He played in 53 games a season ago, posting a 31-16-1 record along with a 2.54 GAA and a .903 save percentage. That might not seem like a great save percentage on paper, but remember junior save percentages are usually lower. That holds especially true in the QMJHL.

In fact, among regular goalies (20+ appearances) Rodrigue finished eighth in save percentage. That’s a very good season for an 18-year old goaltender. He’ll be the starter again this coming season, and it is probably fair to suggest that he’ll get about 50 more appearances.

Here’s a look at Rodrigue’s game from Steve Kournianos of The Draft Analyst.

Olivier Rodrigue (Drummondville, QMJHL | 6’1, 159): Don’t let Rodrigue’s size scare you away — this kid’s reflexes, rebound control and post-to-post quickness are exceptional. He’s an aggressive netminder who will dart out of the crease to defend shots from anywhere within his own end, and he’s proven to safely steer high-danger shots either into the corners or far from the low slot. Rodrigue’s stick is very active and times his poke checks very well, plus his ability to lock in on pucks throughout an entire cycle helps him interdict cross-crease passes from either corner. His glove hand and its positioning are a work in progress, which when coupled with a low silhouette makes him susceptible to get beaten upstairs, especially on the short side.

Rodrigue will likely get some time during the upcoming rookie games, and should get a look early in training camp as well. I wouldn’t be shocked if he also appeared in a preseason game or two, but that’s about it. He has no chance of making the NHL roster this season, and it is highly probable that the Oilers just give him a little taste and then send him back to the Q.

For 2018-19, I think expecting Rodrigue to hold the starter’s job again while posting a .905 or better save percentage is a pretty good goal. Asking for a little improvement shouldn’t be an overly bold task, and should be attainable for a goaltender of his skills.

Rodrigue is also likely to get some time with Team Canada this winter at the World Juniors, and that could be a nice stepping stone for the netminder. Overall, another solid junior season for Rodrigue should be the expectation.