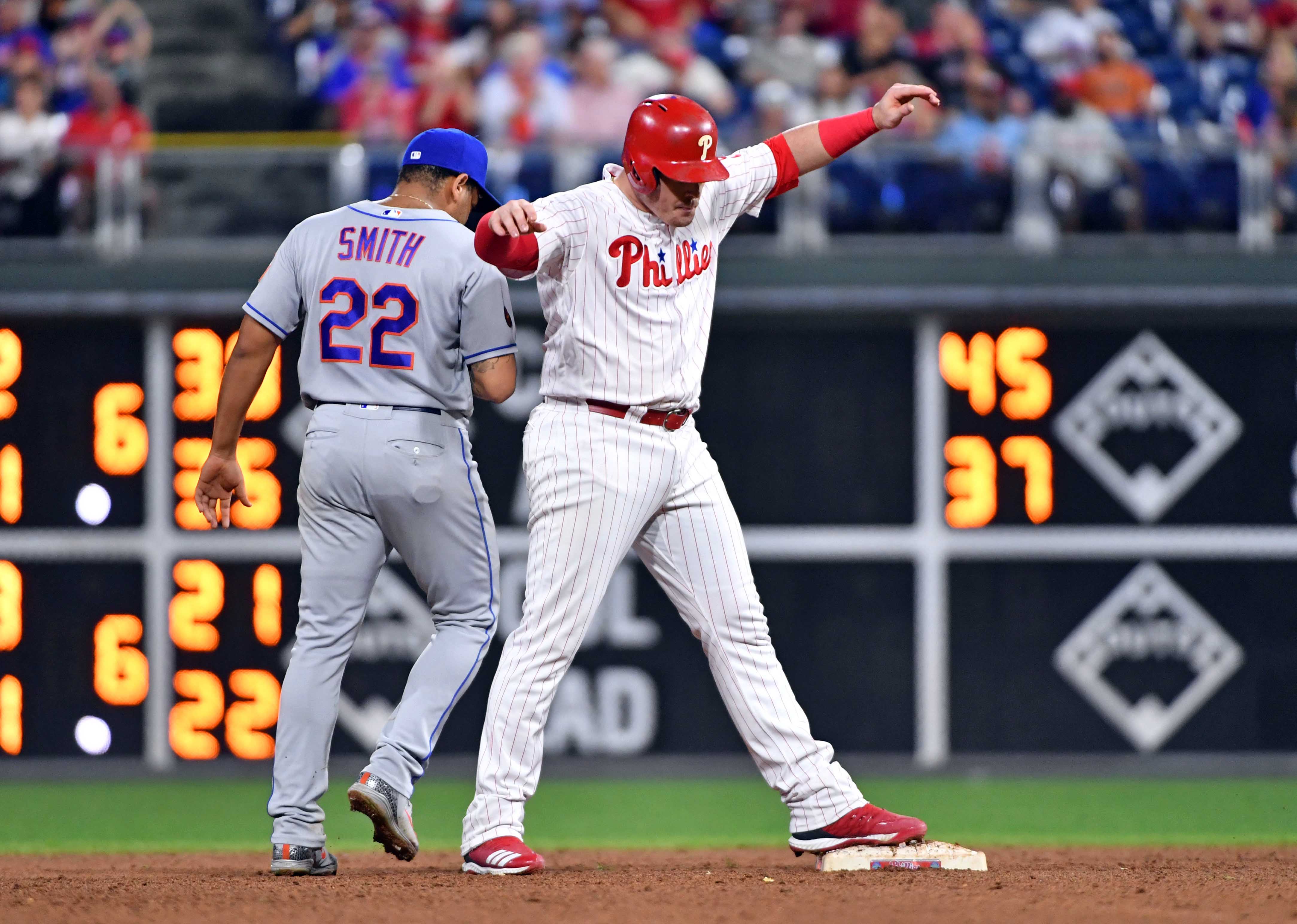 The New York Mets (70-81) wasted a strong last night from Steven Matz in a 5-2 loss to the Philadelphia Phillies (77-73). Matz tossed five shutout innings and homered for the second straight start, but the bullpen melted down for five runs in the sixth inning to allow the Phillies to even their series at a game a piece. The two teams will look to secure the rubber game tonight. First pitch for the finale is scheduled for 6:05 pm at Citizen’s Bank Park.

The Mets will send right hander Noah Syndergaard (12-3, 3.26 ERA) to the mound tonight. Syndergaard was brilliant in his last start, tossing seven shutout innings against the Boston Red Sox last Friday to pick up his 12th win of the year. The Phillies will counter with righty Zach Eflin (10-7, 4.26 ERA). Eflin was also a winner his last time out, allowing one run in 6.1 innings to beat the Miami Marlins last Friday.