Just Who Is Jason Garrison? 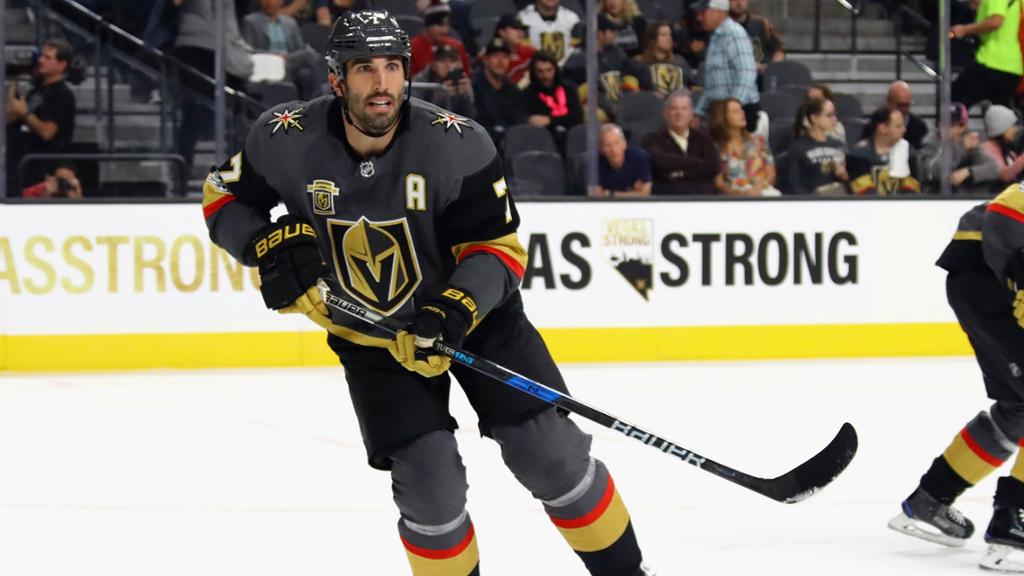 Just Who Is Jason Garrison?

With an impending holdout for Darnell Nurse on the horizon and Andrej Sekera injured and out until at least January, the Oilers knew they had to do something. After signing Jakub Jerabek, the Oilers inked another defender. This time, however, it was a more veteran option and the contract was a PTO.

Jason Garrison, a ten year pro, is looking to rebuild his career after appearing in only eight NHL games with Vegas a season ago. For the first time since the 2009-10 season Garrison saw time in the AHL, playing 58 games for the Chicago Wolves. It was, without doubt, a disaster of a year for the veteran.

So….Just Who Is Jason Garrison?:

It was seven years ago this October when Jason Garrison embarked on a campaign that would see him score 16 goals and add 17 assists for the Florida Panthers. He’d help the Panthers reach the playoffs in a contract year, before signing with his hometown Vancouver Canucks.

Garrison was a solid player for a long stretch, a legit top-four NHL option that could move the puck and play on the powerplay. He had a monster shot, and was a key part of some good Panther and Canuck teams during the early part of the decade.

Those days are long gone, however. After a solid debut season in Tampa Bay, which saw him register 30 points and play a top-four role for a team that made the Stanley Cup Final, Garrison fell off the cliff. He struggled in 2015-16 and wasn’t able to rebound in 2016-17, leading Tampa to make a side deal with Vegas to get them to take the last year of Garrison’s big contract in the expansion draft.

Vegas, who could afford the cap hit, sent Garrison to the AHL and really didn’t bother with him outside of spot duty during the regular season. He did manage 28 points (8-20-28) in 58 AHL games, but wasn’t a difference maker in the minors.

Once a strong possession player known for providing offense from the backend and helping on the powerplay has seen his strengths evaporate, and as a result has seen his NHL career fade away.

He looked slow in his first preseason game last night against Vancouver, and I thought he was poor in coverage overall. There were some flashes of that offensive ability in his game, but overall it wasn’t enough in his preseason debut.

Here’s a look at Garrison’s scouting report via The Hockey News.

Assets: Brings a nice combination of size and speed to the rink. Works hard and is effective on the penalty kill. Plays a safe, mature and steady brand of defense. His big point shot can be a weapon on the power play. Moves the puck efficiently out of danger.

Flaws: Does not shy away from the physical game, but he is not a highly aggressive player defensively (despite excellent size) either. He is strong, but could stand to add more aggression to his game. Was somewhat injury-prone early on in his NHL career.

Honestly, Oiler fans shouldn’t expect much from Garrison this training camp. To me, it looked like Garrison was brought to Edmonton to provide some form of insurance should the Nurse contract situation linger. Luckily, the Oilers and Nurse came to an agreement, and that insurance isn’t needed.

The other reason I think he was brought to town? To push young defenders Ethan Bear, Caleb Jones and Evan Bouchard. I’d suggest that all three of the youngsters have looked better in camp, and that veteran Keegan Lowe is also ahead of Garrison.

I expect we’ll see Garrison in at least two more preseason games, possibly three. The Oilers are going to want to do their homework here and see Garrison in game action, but I can’t see him earning a contract and pushing his way onto the roster.

I wouldn’t expect him to be with the club when the plane takes off for Germany a week from Saturday.