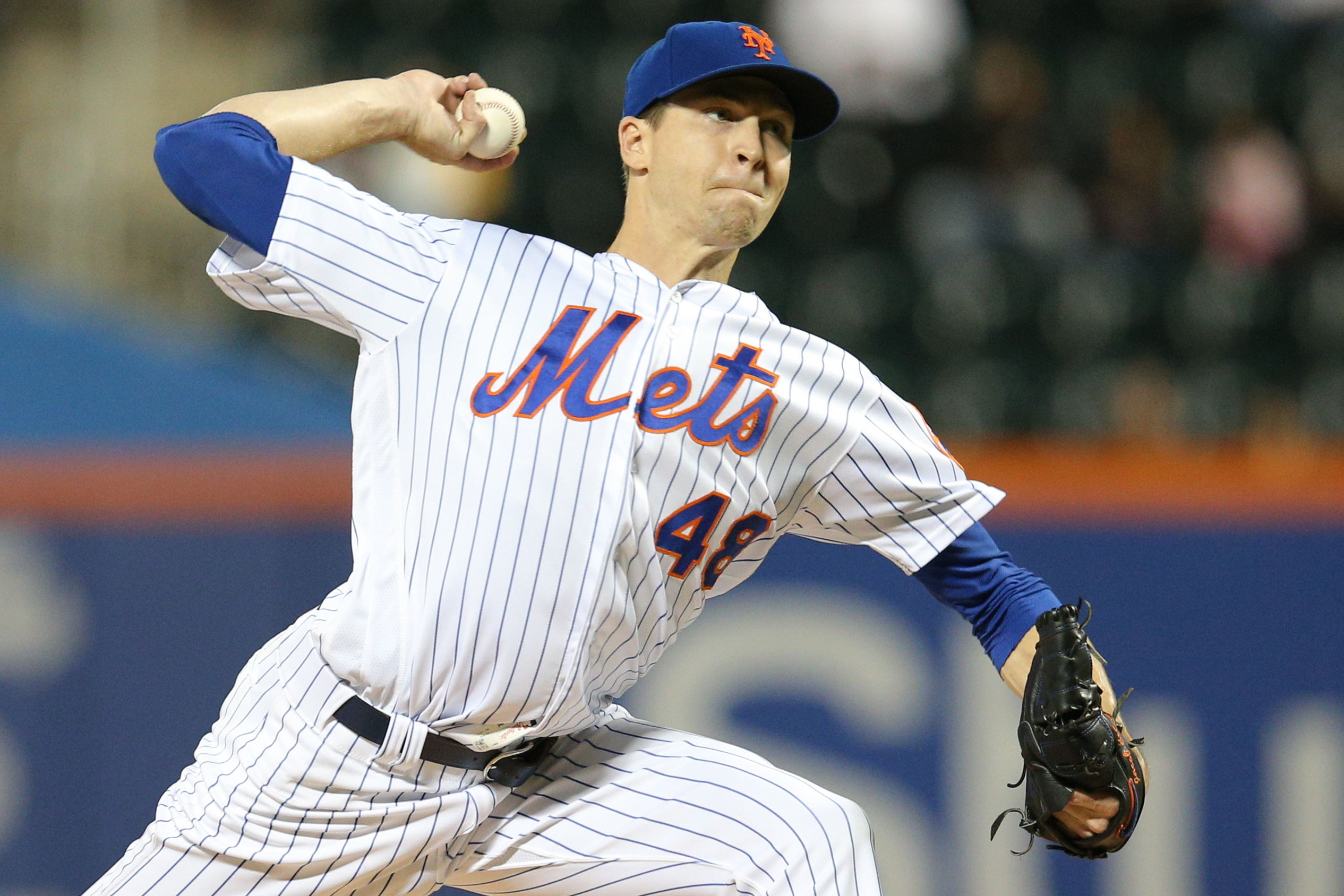 Now that the New York Mets’ 2018 season is over, we are going to take a look at the year as a whole over the next several days. We will break down the offense, starting pitching, relievers, coaching staff, and declare a team MVP along the way. There will also be more features, beginning today with a look at the questions we posed for the Mets at the start of the second half.

The second half was far better for the New York Mets then the first. After limping to a 39-55 mark in the first half, the Mets went 38-30 after the All Star Break, including an impressive 32-21 record over their final 53 games. Let’s take a look back at how effectively the Mets addressed the storylines we posed before the second half kicked off at Yankee Stadium way back on July 20th.

It’s hard to believe, but the whole mess about Jacob deGrom asking to get paid or traded at the All Star Game was completely forgotten. The Mets didn’t trade deGrom or pay him, but the storyline didn’t become a distraction to the Mets. deGrom did his job and dominated big league hitters like he did in the first half, likely cementing his first Cy Young Award. The Mets will need to address this situation in the offseason, but a new General Manager will likely need to be in place before they discuss extending deGrom.

Who Stays and Who Goes:

As it turns out, not a lot of people ended up going. The Mets dealt pending free agents Jeurys Familia and Asdrubal Cabrera prior to the trade deadline for reliever Bobby Wahl, third base prospect Will Toffey, starting pitching prospect Franklyn Kilome, international bonus money and salary relief. Jose Bautista was sent to Philadelphia in a waiver deal in August, but the Mets didn’t do anything earth shattering at the deadline, opting to hold onto guys like Zack Wheeler and Wilmer Flores as part of a plan to contend next season.

The Continued Development of Young Players:

After doing a horrendous job developing their young guys in the first half, the Mets finally started to play the kids more later in the second half. That choice paid dividends as Amed Rosario (.268/5/28 with 18 stolen bases), Michael Conforto (.273/17/52) and Brandon Nimmo (.279/4/17 with a .917 OPS) all thrived with consistent playing time. Jeff McNeil came up from the minors and impressed, batting .329 with three homers and 19 RBI’s while playing better defense than anticipated to at least earn a shot at the second base job to start next season. Dominic Smith even got a late season starting gig, playing for most of the month of September, and managed to hit .264 with four homers and 10 RBI’s in the second half. The Mets also made it a point to give their young relievers some chances to contribute, with Drew Smith (1-1, 3.60 ERA in 25 appearances), Daniel Zamora (0-1, 3.00 ERA in 13 appearances) and Tyler Bashlor (0-3, 4.30 ERA in 19 appearances) showing the potential to contribute to the 2019 bullpen.

Can David Wright Make It Back To The Majors:

David Wright did make it back to the major leagues, but it was a ceremonial return to say goodbye to the Mets and their fans. Despite his best efforts for the past two years, Wright was declared physically unable to perform by the Mets’ medical staff, so he returned on the season’s final home stand to conclude his major league career. Wright pinch hit in one game and started the next night, going 0 for 2 with a walk on the year, before giving a heartfelt speech to the Citi Field faithful on September 29th.

Can Yoenis Cespedes and Jay Bruce Rebound Once Healthy:

This question comes in two parts. Cespedes returned on July 20th and homered in a win over the Yankees, but that would be the only game he would play since Cespedes wasn’t truly healthy. The Mets finally shut Cespedes down a week later for a pair of heel surgeries that should hopefully resolve his recurring leg injuries, but that comes with a cost of missing a significant portion of the 2019 season. Bruce returned from the disabled list in late August and looked more like himself, hitting .243 with six homers and 20 RBI’s in 32 games. The Mets had Bruce split time between right field and first base as they determine how to best utilize him in 2019, which is a problematic situation since keeping Bruce either forces the Mets to play Nimmo or Conforto in center field (if he stays in right field) or blocks both Smith and Peter Alonso from a chance at earning the first base job.