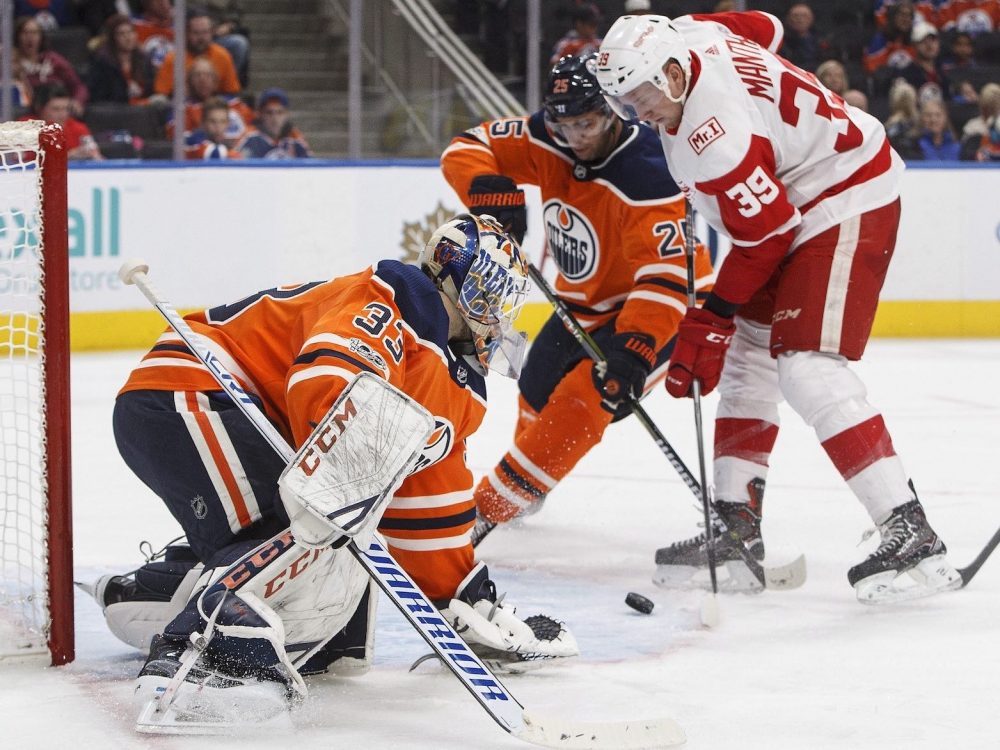 Everyone in life has their Achilles heel, something that they just can’t overcome no matter what, and for the Edmonton Oilers it used to be east coast afternoon games, but this season has proven different.

The Oilers on the road have afternoon game wins over New York and Chicago and will look to continue that trend tonight against Detroit at Little Ceasers Arena at 5 PM Mountain time (that’s still afternoon!).

Mikko Koskinen after a 40 save shutout over the Blackhawks at Rogers Place has been rewarded with another start tonight which he certainly deserves and in his two starts has shown that he’s over his preseason struggles.

Edmonton: When you’re taking on the team with the worst goal differential in the Eastern Conference (-15) you have to strike early. If the first and second lines can get going early for the Oilers, they’ll make Jimmy Howard’s afternoon one to forget.

Detroit: Winning the special teams battle may be the way the Wings escape with two points as once again, the penalty kill has been an issue for the Oilers (currently at 71.8 percent). Detroit may only have four wins on the year but I’m not going to sleep on the 1st PP unit of Anthony Mantha, Dylan Larkin Justin Abdelkader if the Oilers don’t get things cleaned up.

Edmonton: Alex Chiasson has been making the most of his opportunities on the Oilers second line and has shown so far that he was a smart free agent signing. In seven games he’s scored five times and could have had more if he didn’t fire a few shots off of the post. Washington’s decision to not bring him back but he’s been a big asset in the Oilers early season success.

Detroit: In this new era of Wings hockey there hasn’t been a ton to cheer about but one of the bright spots certainly has been Dylan Larkin. Larkin leads Detroit in scoring so far this year with 14 points and also has a couple of shorthanded goals this year. If anyone is going to do any damage in a red jersey today, it’s going to be #71.

If the Oilers win today they’ll close the early gap for the division lead to just one point in a Pacific that’s been dominated early by the Canadian teams of Edmonton, Calgary, and Vancouver.

The newfound afternoon luck continues for the Oilers to the tune of a 3-1 win with goals coming from Tobias Rieder, RNH and Ryan Strome’s first of the season.