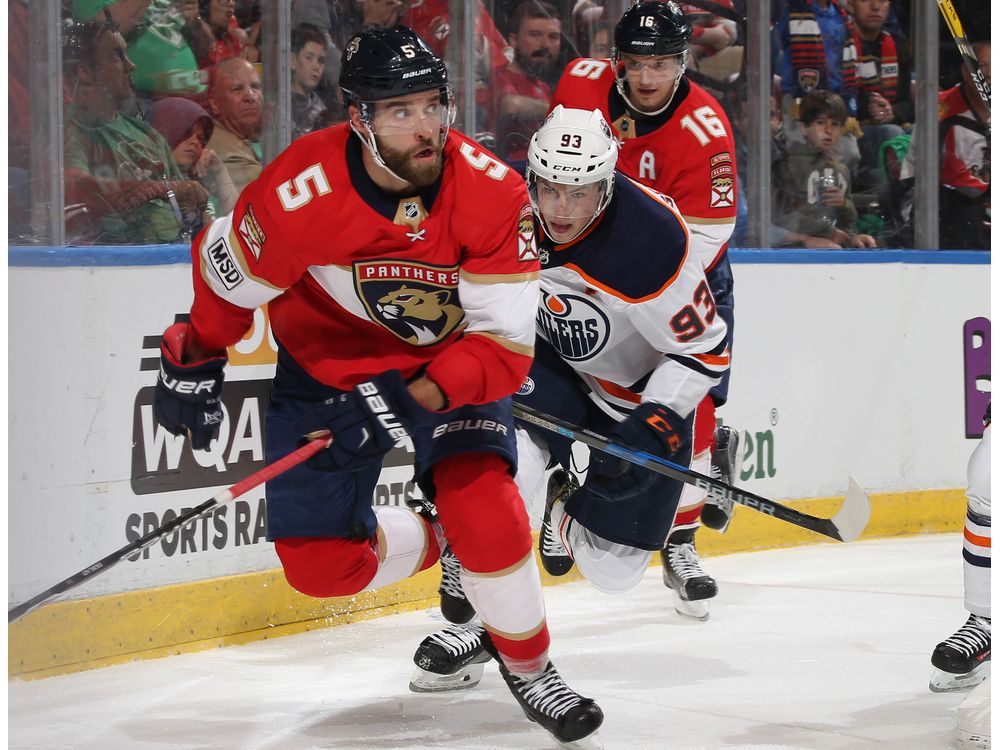 The finale of the road trip is a visit to Sunrise, Florida to face the struggling Florida Panthers and a game like this may just be what the doctor prescribed to shake off a two-game losing streak.

Two days ago the Oilers fell to Tampa 5-2 but for the Panthers, they’ve been having troubles on the road and at home as they currently sit in dead last in th Atlantic Division with a mark of 3-5-3. Florida is also looking to get back to North American game form after splitting the Global Series Games with Winnipeg in Finland.

Edmonton: Jump on the team that hasn’t played in a bit early, get that first line driving to the net.

Flordia: Shots on net early to get a feel for this early and creating traffic in front of Talbot is needed.

Florida: The team as a whole may be struggling but Evgenii Dadonov has been an early spark plug with 13 points so far.

The move to have Young Jesse on the 4th line is troubling to see but the good news is according to Mark Spector he’ll most likely be AHL bound very soon. In 10 games this season he only has one point but also has been a healthy scratch a few times this season. Jesse needs to be skating in Bakersfield, not sitting in NHL buildings eating popcorn and I’m glad to see it may happen for his development.

The road trip ends on a low scoring but positive note as the Oilers win 2-0 with a goal coming from Draisaitl and the captain.