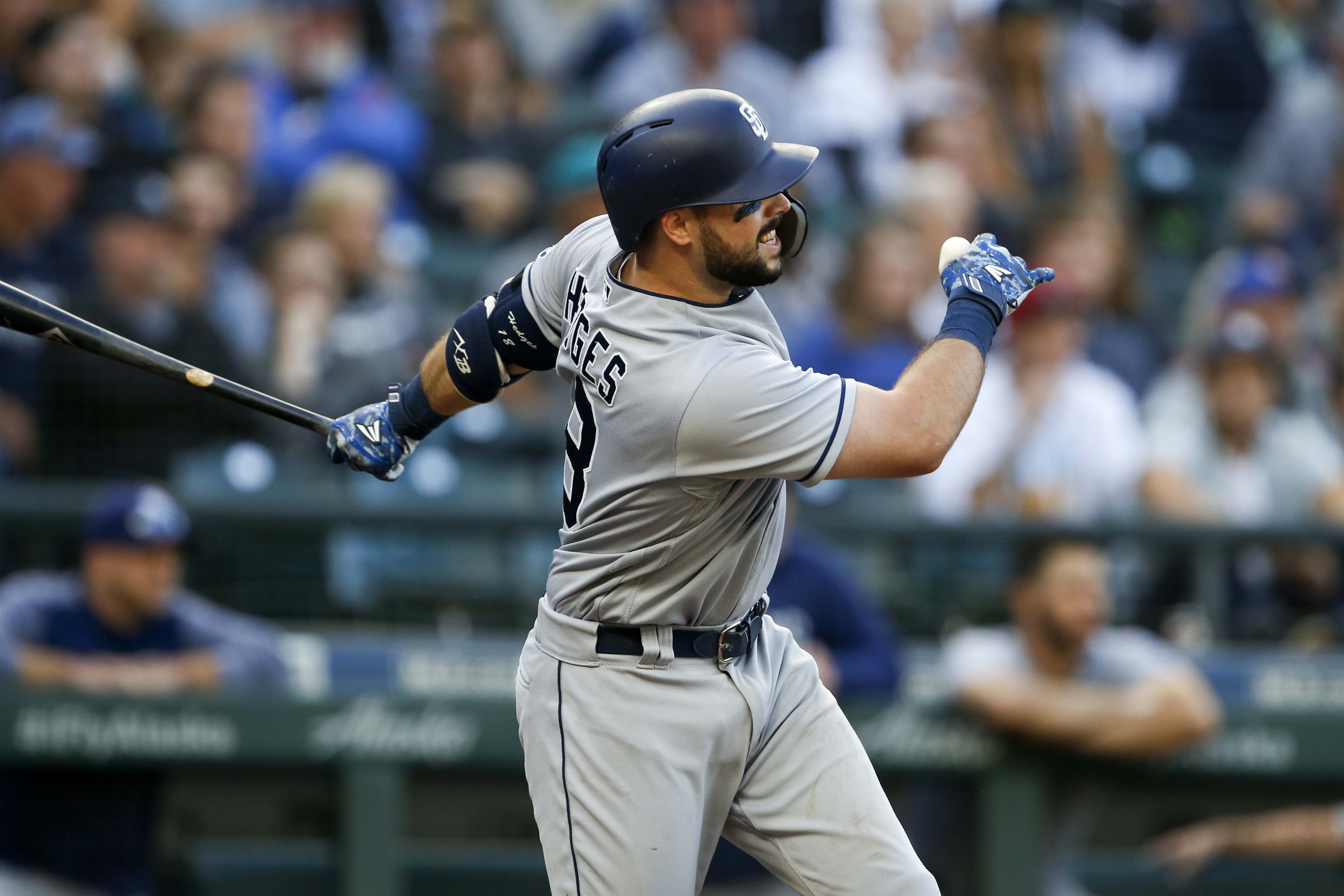 The Noah Syndergaard watch continues for the New York Mets, who have been listening to offers for the 26 year old righty this winter. The team most frequently linked to Syndergaard has been the San Diego Padres, who made a push for the righty over the summer only to get rebuffed by the Mets. The two sides have apparently been discussing names again, and baseball writer Dan Federico mentioned a few of those players on Twitter earlier this week. Check out full tweet below.

Hearing the Mets and Padres have talked about names in a potential Noah Syndergaard trade. Manuel Margot and Austin Hedges have been mentioned, per source

Both Margot and Hedges are in the majors already, but neither player has distinguished themselves. Hedges, 26, batted .231 with 14 homers and 37 RBI’s in 91 games for the Padres in 2018 while drawing strong reviews for his defense and ability to call a game. There is a bit of hope that Hedges’ home/road splits (.215/5/17 with a .642 OPS in spacious Petco Park vs. .247/9/20 with a .778 OPS on the road) indicate he could breakout in a new ballpark, but that is not guaranteed. Margot, 24, batted .245 with eight homers and 51 RBI’s in 141 games for the Padres this season but has the ability to play center field well. Federico also shared that the Mets like some of the Padres’ pitching prospects and that the Padres have no interest in trading top prospect Fernando Tatis Jr for Syndergaard.

While Hedges and Margot are nice pieces to consider adding to the Mets, if they are the headliners in a Syndergaard deal that will set the franchise back years. The Mets do have needs at catcher and center field, but the Mets could find better fits in free agency while retaining Syndergaard. If you are dealing a talent like Syndergaard, the return needs to be something that can knock your socks off to the point where it makes perfect sense, like sending him to Chicago for Kris Bryant. Dealing Syndergaard to San Diego for Margot, Hedges, and two pitching prospects is the type of trade that the Oakland A’s made. For a team in the New York market, that is unacceptable.