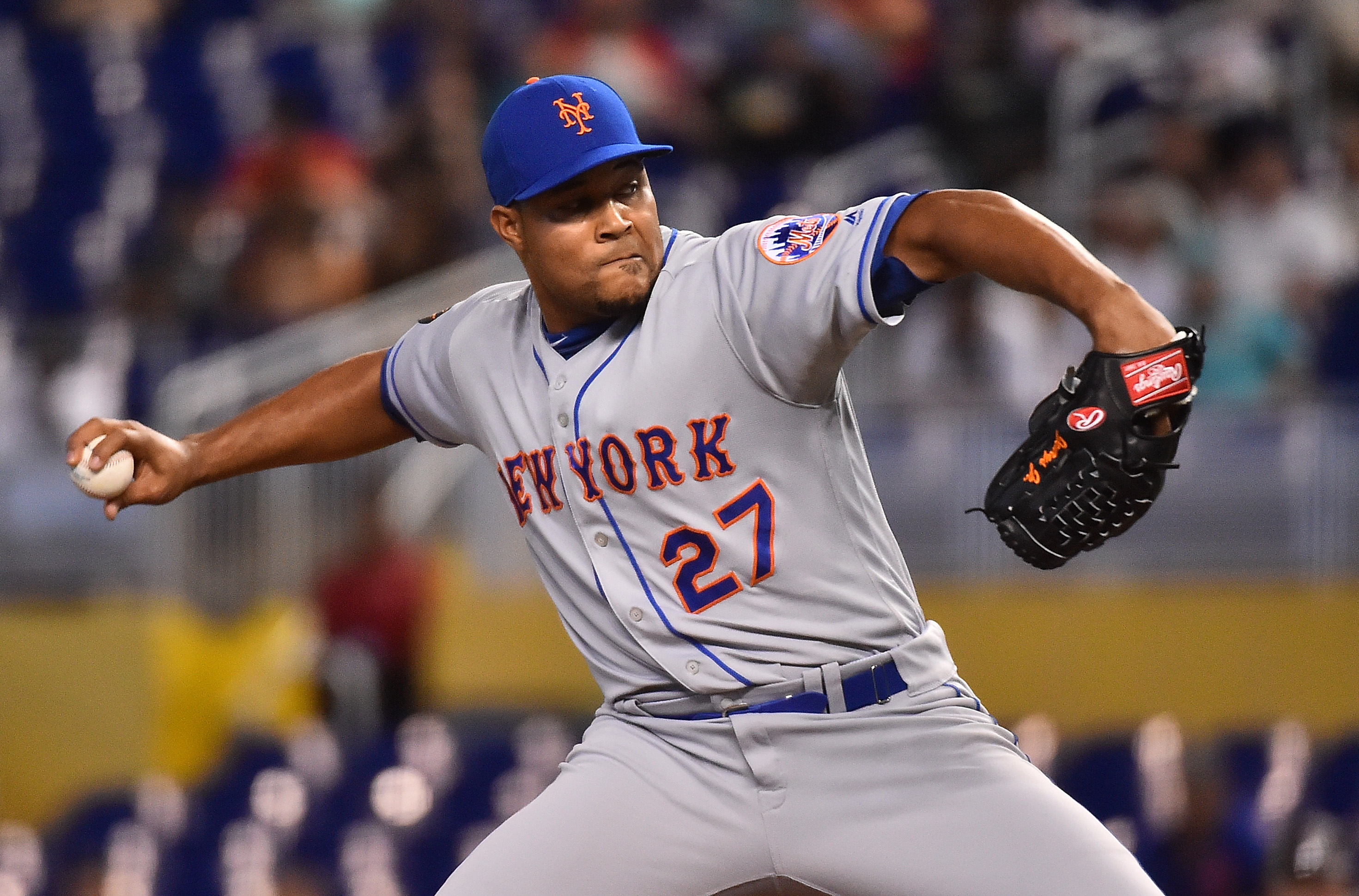 The New York Mets’ one significant transaction from the Winter Meetings was bringing back reliever Jeurys Familia on a three year, $30 million dollar deal. The move has received a bit of backlash from the Mets’ fan base, with a lot of people feeling like the team needed to go in a different direction to help build a bullpen around Edwin Diaz. Familia has had his brilliant moments with the Mets, but he also has some notable failures, including three blown saves in the 2015 World Series (although two weren’t really his fault) and the loss in the 2016 Wild Card game. Despite all of those flaws, Familia’s return makes a ton of sense for the Mets.

A lot of the Mets’ fan base would prefer to have seen the team explore other options, such as Adam Ottavino, Andrew Miller, or David Robertson. Let’s do a blind comparison on some numbers and see how the group looks (using 2018 stats and ages).

Those four players profile very similarly, but Player B is four years younger than the rest. While A and D had more productive seasons than B, they are also older and would be 36 when a three year contract expires as opposed to 32 for Player B. In case you haven’t figured it out yet, Player B is Familia while A is Robertson and D is Ottavino. Any of those players would have been a fine addition to the 2019 Mets’ bullpen, but the Mets would have to worry about decline from Robertson and Ottavino due to their age as the contract progressed. Familia will pitch the 2019 season as a 29 year old and won’t become a free agent again until after his age 31 season, giving the Mets a reasonable expectation that he will continue to pitch up to his standards for the next three years.

Player C is Miller, and he is a tricky case because when healthy he has shown to be better than any of those pitchers. In the three years prior to 2018, Miller produced a combined WAR of 9.3 and never pitched to an ERA above 2.04 or a WHIP above 0.86. The issue is that Miller is now 33 and coming off an injury plagued season. If the Mets knew that Miller would be healthy and productive again, the three years and $30 million they gave Familia would be a bargain for Miller. That is a big if, however, and considering that Miller will turn 34 in May you also run the risk that he will start declining before the contract expires. Mets’ GM Brodie Van Wagenen has made it clear that he wants to eliminate as many ifs as possible, so if you factor in Familia’s age and comparable production this was one of the safer relief options on the board.

It is also important to remember that Familia isn’t going to be the closer for the Mets anymore. That job will fall to Diaz, who was the best closer in the game last year when he recorded 57 saves for the Seattle Mariners and posted a ridiculous 124:17 strikeout to walk ratio in 73.1 innings pitched. The Mets will have Diaz close the majority of the time, allowing Familia to pitch in a set up role, where he had tremendous success for the Mets in 2014 before Jenrry Mejia’s suspensions forced him to take the closer’s chair. Familia not only should be more productive as a set up man, but he can also give the Mets the ability not to overwork Diaz by saving some games on nights Diaz needs to be off. The Mets also have to like the fact that Familia has had success pitching in this market, allowing him to serve as a mentor to Diaz in the transition from pitching in Seattle to the pressure cooker that is New York City.

In essence, the move makes perfect baseball sense, but Mets’ fans may be irrationally upset by it due to Familia’s past postseason failures, specifically the blown save in Game 1 of the 2015 World Series (when he quick pitched Alex Gordon into a game tying homer) and the three run homer he surrendered to Conor Gillaspie that cost the Mets the 2016 Wild Card game. Familia was also up and down at points last season, having nights where you could tell he simply didn’t have his best stuff as soon as he got on the mound. That’s an issue as the closer, but as the set up man the Mets don’t need Familia to go out without a safety net. Diaz is behind Familia to help put out fires, and Familia can go multiple innings if necessary to help shorten games behind the starting pitching.

The pair of Diaz and Familia is a great start to the Mets’ bullpen, but they could definitely use more help. Van Wagenen indicated yesterday that another high impact reliever isn’t in the cards at this point, which makes sense given his budgetary restrictions and the Mets’ needs at catcher and in the outfield. The Mets could definitely circle back to relievers later in the offseason to try and find values to fill out the unit, specifically a left handed reliever and another right handed option for the middle innings. While adding Miller to the mix would be nice, it isn’t ultimately necessary. Familia is a strong addition to the 2019 Mets’ roster and the bullpen looks a lot better than it did just two weeks ago.