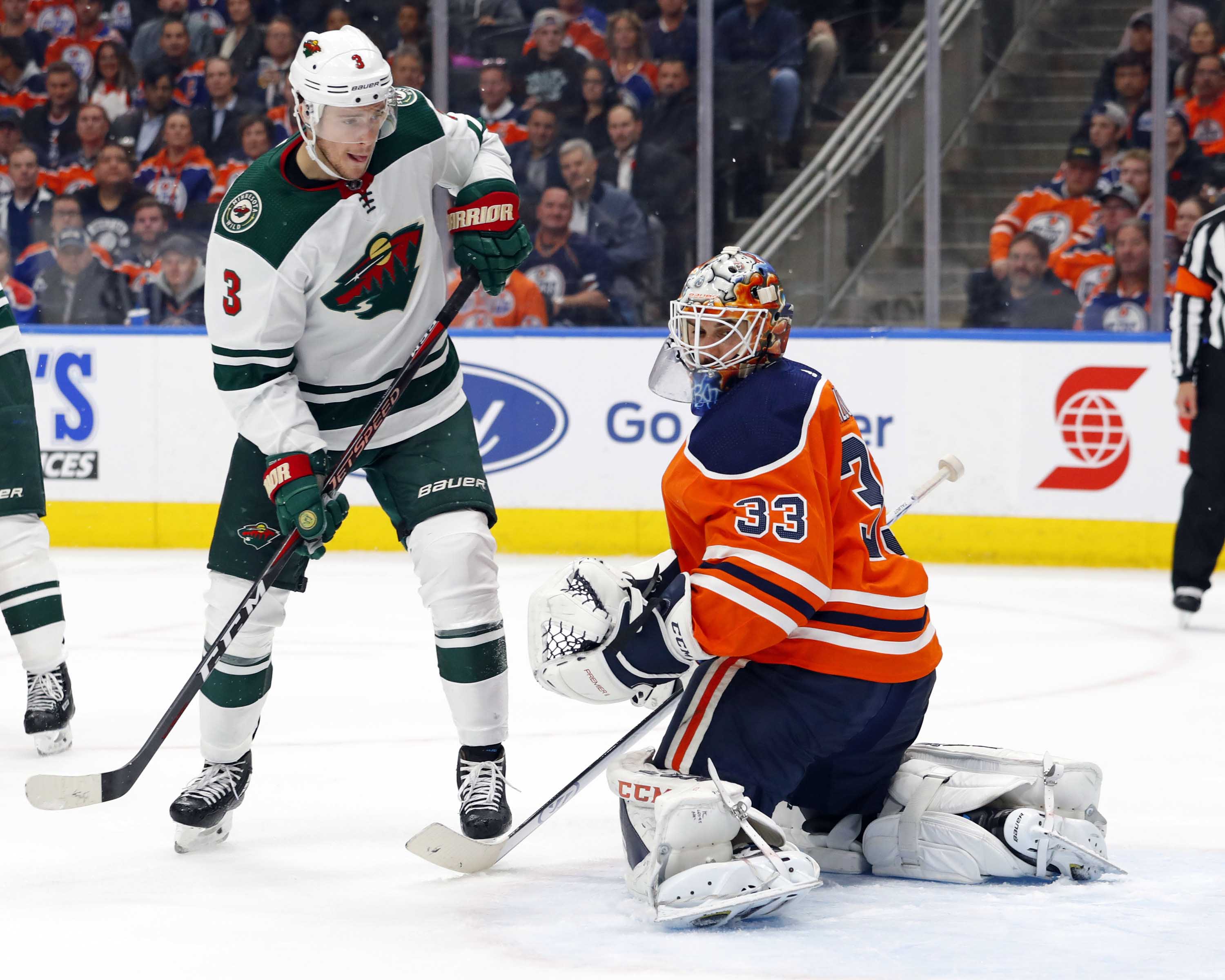 We are about two and a half weeks away from the NHL’s trading deadline. Somehow, someway, the Edmonton Oilers are still just three points away from a Wild Card playoff spot. Tonight, they’ll battle the Minnesota Wild, who just lost their captain for the season and are also in the thick of the playoff chase out west.

Edmonton signed Mikko Koskinen to a three-year contract extension late in January, essentially anointing him as the starting goaltender moving forward. Since then? Koskinen has made just two starts, losing both. Talbot, meanwhile, has started more games and although he hasn’t been playing well, he’s been the better of the two.

Why is Talbot getting the push? The Oilers invested in Koskinen to be the guy moving forward, and essentially told Talbot that he’s not coming back next season in the process. They are still in the playoff race, so why not ride the guy that you invested so heavily in?

It’s simple, really. The Edmonton Oilers are shopping Cam Talbot in hopes of dealing him before the upcoming trade deadline.

I’ve been, rightfully so, hard on Cam Talbot this season. His play quite frankly hasn’t been at the same level since his terrific 2016-17 season, as he struggled through last season and has been replacement level this year. Talbot hasn’t played well, and that’s on him. Is the roster in front of him good? No, and that’s not his fault and impacts his play, but overall Talbot hasn’t been good for the Oilers lately.

I still think he’s a good goaltender, however. That’s what makes his play so frustrating. I believe Talbot is a helluva lot better than he has shown in the last year and a half and that he can still be an effective starter in this league. I’m not sure that will happen in Edmonton, however.

It seems like fatigue has set in for Talbot. The Oilers rode him too hard and far too often they have put poor teams in front of him. A person can only take so much, and I think Talbot has had enough of the situation in Edmonton. It is frustrating for everyone, Talbot included.

There are teams that agree with that thought process, and have shown interest in Talbot as a rental for the rest of the season. It shouldn’t be a surprise, when you think about it, that Talbot got the nod against both Philadelphia and Chicago.

The Flyers are looking for a veteran as insurance and a mentor to Carter Hart, and there is an obvious connection between Hart and Talbot. The Blackhawks could be without Corey Crawford moving forward, due to injury, and likely want an upgrade on Cam Ward moving forward.

I think the New Jersey Devils were deep into talks on Talbot earlier this season as they search for a goaltender moving forward. Buffalo, Toronto and Washington also represent teams that could use an upgrade either at the starter or backup position.

There are fits around the league for Talbot, and there are teams showing interest in him. I still think he gets moved by the deadline unless he catches fire and gets Edmonton into a playoff spot.

The Price They Pay:

There isn’t much of a debate as to whether the Oil want to deal Talbot or not, every indication is that they do. The debate is to what price teams will have to pay to acquire him. Ideally, the Oilers move Talbot out for a top-six forward and everyone is happy. As you well know, however, the ideal situation hasn’t happened for the Oilers in a trade since the 2016 deadline.

Could Edmonton acquire a third line forward that can help with some secondary scoring? Could they just dump him for picks and a cheap backup in order to open up some cap space? Would they trade him for another goaltender?

All of that remains to be seen, but the latest rumblings had Edmonton’s potential return on the lesser side of the ledger. That makes things interesting, because Edmonton is technically still in the race. If Talbot gets hot and keeps Edmonton afloat, do you keep him as an “own rental” if the ideal deal isn’t there? I think they do.

The smart money is on the Oilers moving Talbot in the next 18 days. The Oilers put the writing on the wall with Talbot when they signed Mikko Koskinen to an ill-advised extension a few weeks back.

Unless Talbot turns the clock back to 2016-17, he’s likely playing his final games in Edmonton. Part of it is on him and his poor play, but part of it is also on the team for failing to put a competent team in front of him and overworking him. It’s unfortunate that this situation has gotten to this point.

The Oilers are pushing a Talbot trade right now, and clearly showcasing him. A few strong outings, starting tonight in Minnesota, could help ramp up this process. Talks have intensified lately, and will likely only pick up in the coming weeks.