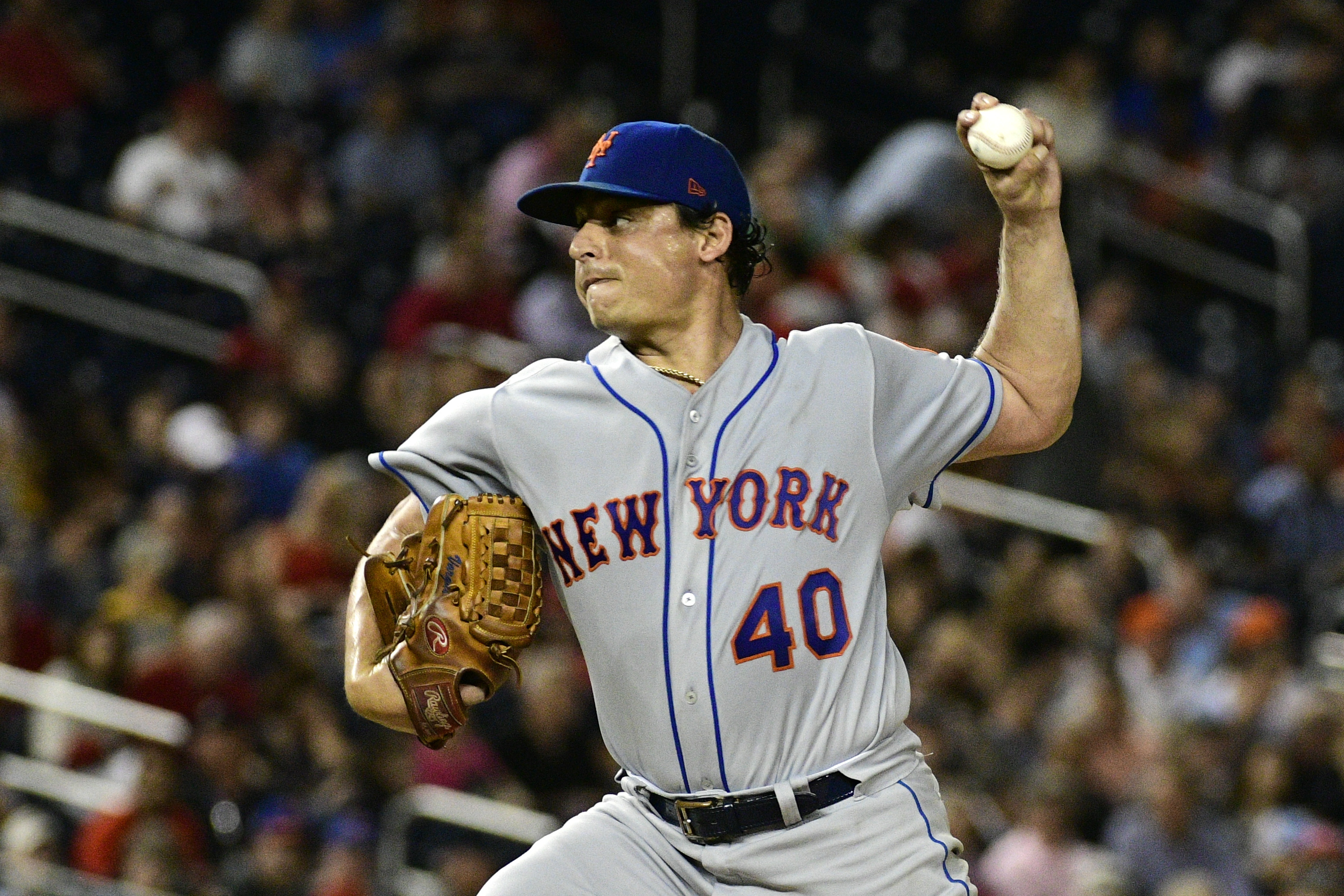 While the New York Mets will have plenty of competition for their starting infield spots, one area that is settled is the starting rotation. The top four have been locked in since last year, and manager Mickey Callaway confirmed yesterday that the fifth starter’s job belongs to Jason Vargas, Deesha Thosar of the New York Daily News reports. Callaway made the official announcement that Vargas was the fifth starter despite the fact that Vargas went 7-9 with a 5.77 ERA in 2018.

The Mets don’t exactly have a ton of great options behind Vargas, with GM Brodie Van Wagenen indicating the other day that Seth Lugo and Robert Gsellman are still considered rotation depth even though they will be part of the Opening Day bullpen. Corey Oswalt, Chris Flexen, Drew Gagnon, Walker Lockett, and Hector Santiago are other options to start for the Mets, who are clearly hoping Vargas’ solid finish to the season (5-3 with a 3.81 ERA in 11 starts after the All Star Break) translates into a more productive 2019 season.

It is fair to say that the broken bone in Vargas’ glove hand, along with a late start to spring training after signing with the Mets in February, played a role in the veteran lefty’s struggles. Vargas also didn’t inspire much confidence with his performance, carrying a bad second half performance from 2017 into the season and nearly losing his rotation spot to Oswalt in mid-July. The Mets have been linked to guys like Gio Gonzalez in free agency, but nothing appears imminent, so the fifth starter’s spot belongs to Vargas until further notice.