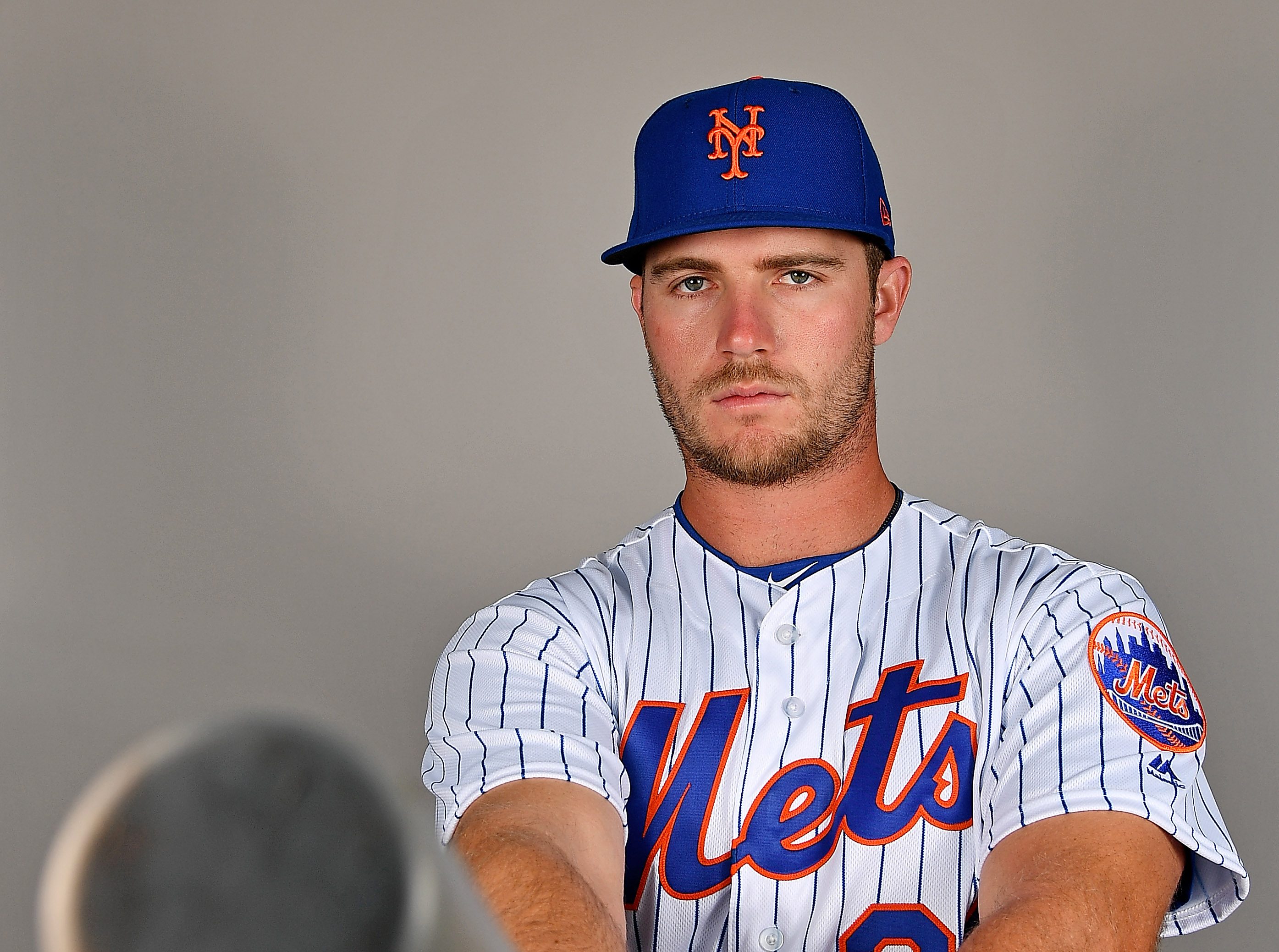 The baseball you saw today may not count, but it counts. On Saturday against the Braves, one of the focal points of the spring (and hopefully the season), put himself right in the forefront of baseball’s return.

In the top of the second, Pete Alonso (yes, it’s Pete now) dropped a throw from Amed Rosario after he had to make a great play on a grounder that changed direction off the mound. This was supposedly the whole reason that Alonso never came up to the Mets last year (yeah, right), and the drop (which for some reason was called a base hit which needlessly extended Walker Lockett’s pitch count) directly led to the first two Atlanta runs.

Then in the bottom of the inning, Pete did this:

Reached out for that and smoked it to center field, and yet wasn’t chasing pitches on the next at-bat when he walked. So all told, it was a good day for the Mets with a 4-3 win, and a good day for Alonso: the guy who we all would like to have the good days this spring.

Jeff McNeil is another player that could use good days, but for the reason that he’s switching positions, and we could only hope it doesn’t affect his hitting. I’ve long railed against making McNeil a “super-sub”, making him learn five different positions and basically stunting his growth and maintenance as a hitter. (See: Murphy, Daniel … Turner, Justin).

But with all the infielders pushing McNeil to the outfield permanently, and the Mets having designs on him playing left field and left field exclusively, then this is the only way this could work. If he has the spring to learn left field, and then he will play left field, his hitting shouldn’t be affected. it’s the best thing for the Mets going forward barring a return to a more natural position. If it keeps his bat in the lineup on a regular basis, all for it.

I thought it was interesting that Brodie is going to be more of a fixture in the clubhouse once the season starts.

“I will …be a presence in the clubhouse with the players so that that communication is consistent, not once in a blue moon,” Van Wagenen told The Post on Wednesday. “Not on good days or bad days, but regularly, so that I can understand what the players’ needs are. So that I can go execute those needs or go fulfill whatever asks or requests that they have and make sure that we’re proactively looking for ways to put them in better situations.” (…)

Said Callaway of Van Wagenen’s plan: “I encourage it. He’s got great relationships with most of these guys even coming in, so there’s not going to be anything uncomfortable about that.”

Blogs and twitter exist for useless opinions. I like to think that my opinions are ever so slightly above useless. When it comes to this: any opinion I would have is absolutely useless. Maybe even slightly below, especially when I hear Wilson Ramos say that Mike Rizzo was in the clubhouse all the time (and yet the Nationals were widely known for having a strange clubhouse dynamic that may or may not have had anything to do with Rizzo, so take that for what it’s worth.)

I will take this from another angle: Between his being in the clubhouse more and his ubiquitous presence on social media (#marketing), Brodie is becoming not only the focal point of the supposed renaissance of the Mets, but he’s also becoming the face of the franchise. Usually, it’s a player who is the first person you think of when you think of a team. Right now, you’d have to say that Jacob deGrom is the face of the franchise, with Noah Syndergaard not far behind (another player who we want to have those good days going forward in the spring).

But with GM’s quickly becoming more visible and having more responsibility and being more widely known among baseball fan (you’d never be able to tell me who the GM of the Big Red Machine teams were without looking it up), Brodie seems to be taking it to the next level between the social media, the player interaction … even SNY making sure to get a shot of him after the last out on Saturday, a subtle detail usually awarded to the manager after games. It shows you where baseball is going, if it isn’t already there.