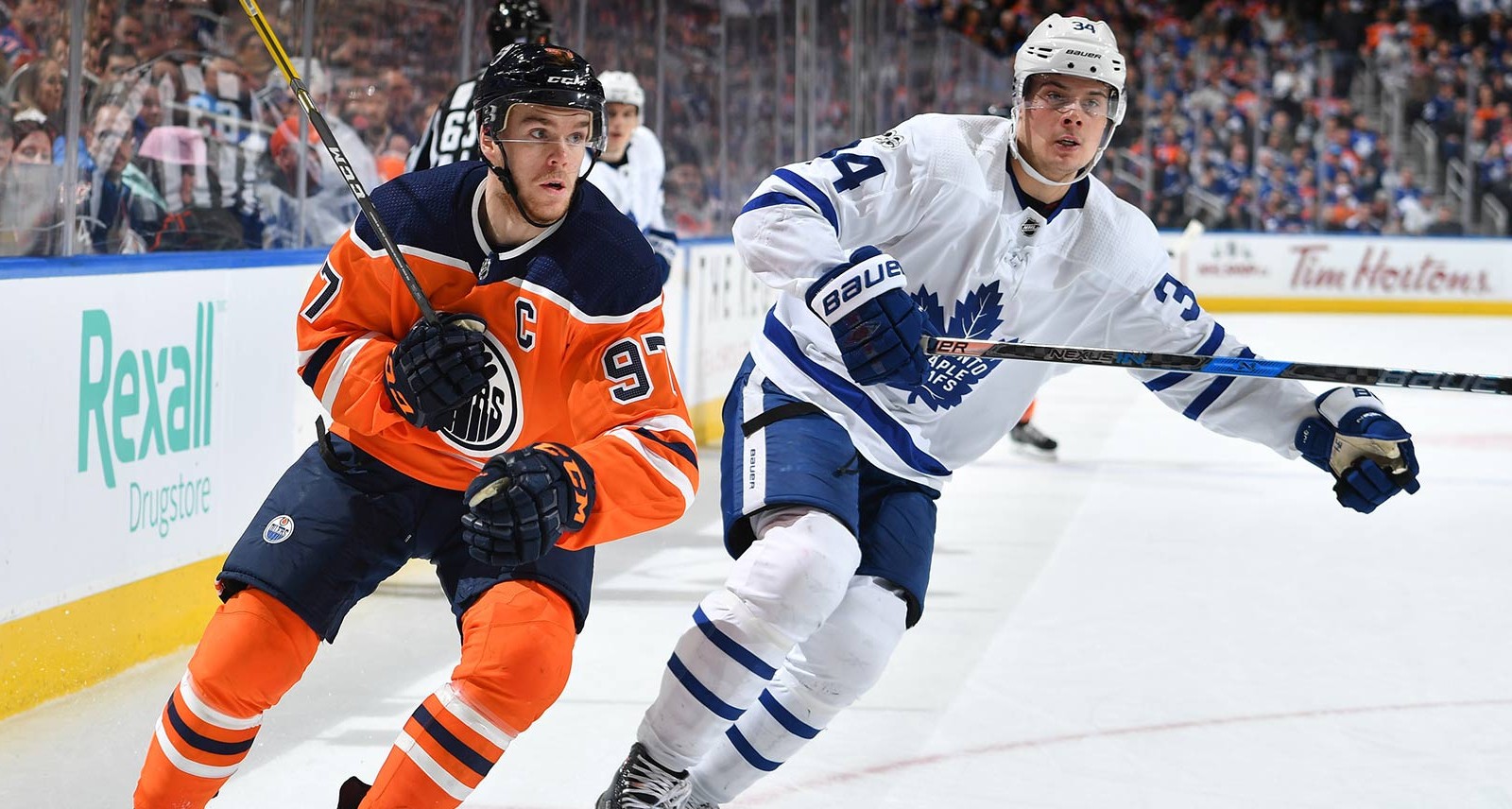 A tough loss on Monday, but a well earned point for the Edmonton Oilers. That is the story heading into tonight’s meeting with the Toronto Maple Leafs, the first of two in eleven days. The Oilers will look to extend a points streak of four games and creep back within seven of a playoff spot. The Leafs are looking to keep pace with idle Boston.

Both teams are opening a back-to-back and will travel following tonight’s tilt. The Oilers will head to Ottawa, while John Tavares and the Leafs head to Long Island for Tavares’ long anticipated return tomorrow night.

Mikko Koskinen, who has been very good lately, gets the nod once again for the Oilers while Frederik Andersen starts for the Leafs.

Edmonton: Keep playing for each other. I don’t think it is a coincidence that the Oil are playing their best hockey in a while right now. They might not be winning every night, but the games are close and the group is clearly engaged. Keep that same energy for each other and they’ll give themselves a chance to win every game.

Toronto: Speed through the neutral zone is going to be key for the Leafs. They have a super deep and fast attack that Edmonton simply cannot handle. Ramp up the attack in the neutral zone and you should be able to create both odd-man rushes and controlled zone entries. That has to be the plan.

Edmonton: The suspension is over, and Connor McDavid is clearly pissed off. Yeah, just sit back and watch him light this Leaf team up like a slot machine. He’s going off tonight. Enjoy the show.

Toronto: Connor Brown is the obvious name here, right? Linked to the Oilers on deadline day, there seems to be smoke that Brown could be an Oiler in the summer. Edmonton fans will get a look at the former 20-goal scorer tonight as he lines up on the Leafs’ third line.

McDavid returns for the Oil and will assume his spot at the top of the center depth chart. Leon Draisaitl will not join him, however, as he will run his own line tonight. Ty Rattie will sit up front, while Kevin Gravel is again scratched on defense. Jujhar Khaira and Jesse Puljujarvi remain on IR.

Edmonton catches a bit of a break tonight as Jake Gardiner will be out of the Leaf lineup. Igor Ozhiganov will replace him and will skate on the third pair for Toronto. AHL recall Trevor Moore continues to impress and will skate on a fourth line that also features Alberta native Tyler Ennis.

Leon Draisaitl is on a mission right now. He’s riding a seven-game point streak in which he’s scored six goals (ten points). His last 14 games? Draisaitl is riding a goal-per-game pace, having lit the lamp 14 times. He’s currently up to 38 on the season and is on pace to hit 50 for the first time in his career.

If Draisaitl hits 50, he’ll be the first Oiler to do so since Craig Simpson in 1987-88. Simpson split that season between Edmonton and the Penguins. His left winger tonight will be Tobias Rieder, who has scored a total of zero goals this season.

The Leafs swept the season series a year ago, taking a 6-4 decision in Edmonton before blanking the Oil 1-0 in Toronto. In fact, the Leafs have won each of the last four meetings. Edmonton’s last win? February 11th, 2016 at Rexall Place by a score of 5-2.

Take the over, trust me. Oh, and Oilers win 5-3 on the strength of two McDavid goals.