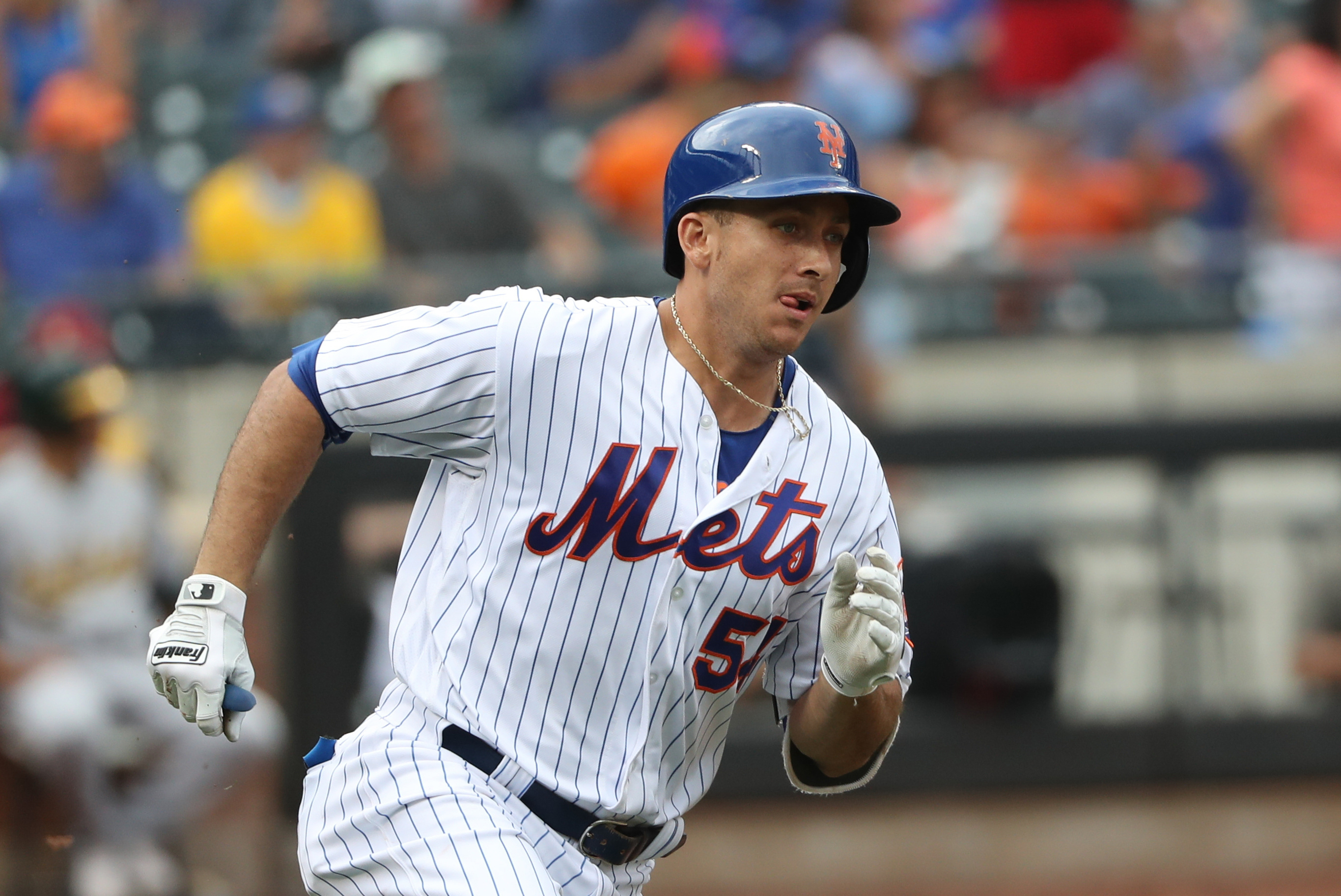 In news that is a true bummer for New York Mets’ fans, infielder T.J. Rivera is no longer a part of the team. The Mets released Rivera this morning, MLB.com’s Anthony DiComo reports, to free up a spot on their 40 man roster. Rivera has been trying to rehab from Tommy John surgery since the middle of 2017 and simply hasn’t been able to get back into game shape, making it unwise for the Mets to continue hanging on to him.

After going undrafted, Rivera signed with the Mets’ organization, tearing up the minor leagues at every level until he finally got a shot at the end of 2016. Rivera took advantage of his opportunity, hitting .333 down the stretch to become the Mets’ starting second baseman in the wild card game, where he picked up a double against San Francisco Giants’ ace Madison Bumgarner. The Mets used Rivera as a utility man in 2017 before he injured his elbow, requiring the procedure that has kept him out of baseball since.

The problem for Rivera is that the Mets’ 40 man roster is nearly full, and they may need to create four spots to add guys like Luis Avilan, Devin Mesoraco, Adeiny Hechavarria, and Hector Santiago to the Opening Day roster. Rivera’s inability to get over the surgery made the choice to cut him an easy one, but the Mets could always look to bring Rivera back on a minor league deal later on. For now, however, T.J. Rivera’s tenure with the franchise is over.