Know Your Enemy: The 2019 Philadelphia Phillies 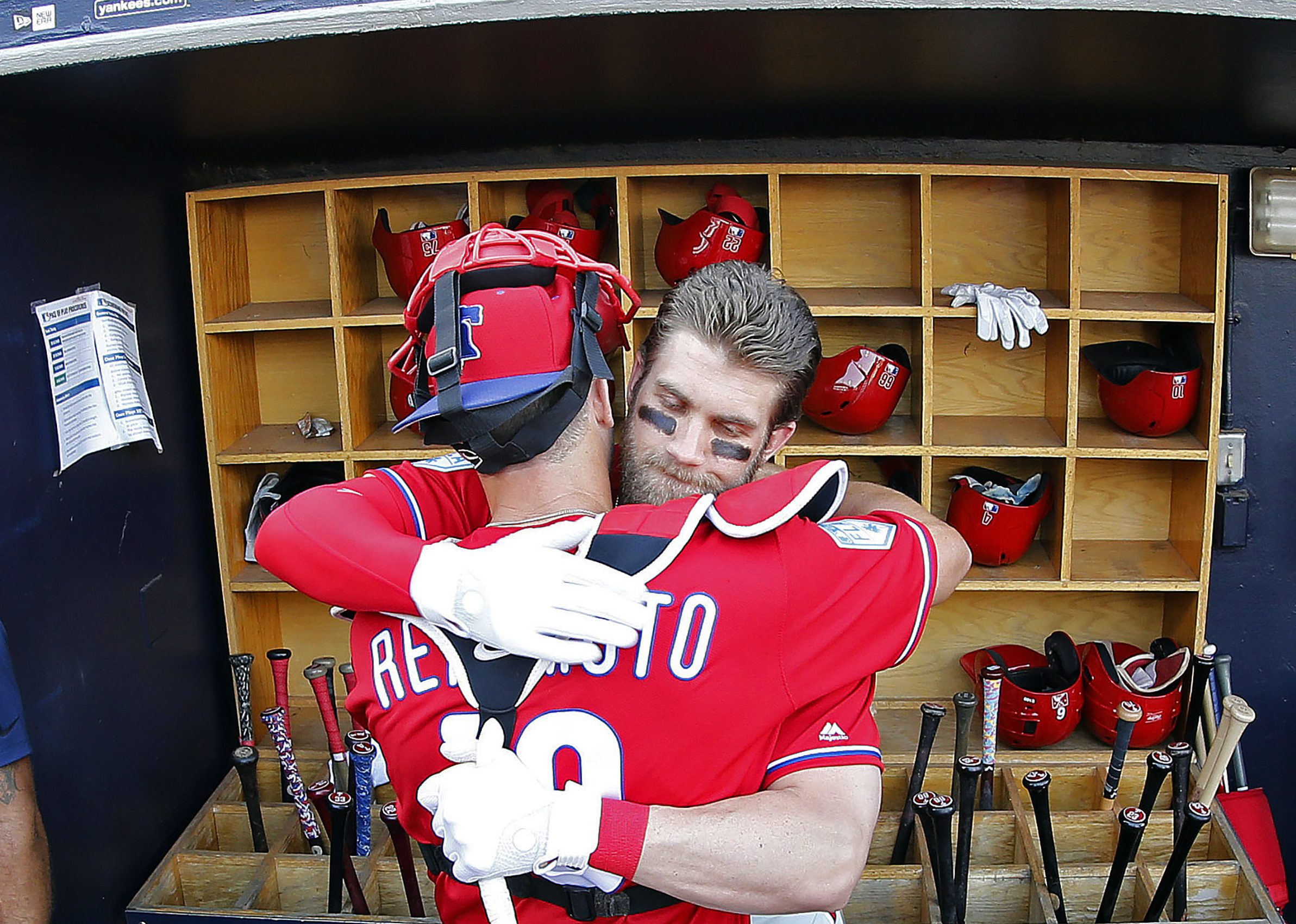 Know Your Enemy: The 2019 Philadelphia Phillies

The Philadelphia Phillies are one of those teams.

It’s a phrase that might come back to bite Phillies owner John Middleton for even referring to a form of that phrase before signing Bryce Harper … if Harper turns out to be a Year One bust for Philadelphia. But you can’t say that the Phillies don’t have the money to afford Harper or anybody else they want to bring in (though thankfully for Mets fans it will not be Mike Trout). The Phillies might be all-in for 2019, but only as a part of a long term strategy to dominate the N.L. East for the next seven seasons.

But those of us that are focused on Harper should also remember that the Phillies had a very good offseason in general, trading for J.T. Realmuto and Jean Segura while signing Andrew McCutchen and David Robertson to free agent deals. In an underrated move, trading Carlos Santana to make room at first base for Rhys Hoskins will bear lots of fruit, as Hoskins can find a comfort level in the field which will help him at the plate. The Phillies will have a very, very good lineup in ’19.

Most of Philadelphia’s success in the starting rotation came from Aaron Nola, who was a Cy Young contender and had a WAR of 10.0. The rest of the rotation was decent … Jake Arrieta finished 10-11 with an ERA of 3.96 while Zach Eflin, Nick Pivetta and Vince Velasquez all pitched to ERAs over four and WHIPs of over 1.3. It reads as mediocre, but pitching behind a lineup like the Phillies have might make Arrieta, Eflin, Velasquez and Pivetta more than enough to get by.

It’ll be the bullpen which will make or break the Phillies this season. David Robertson brings a heavy past workload into his age 35 season, though his numbers have been very good the past two. Pat Neshek will be depended upon for a major role in his age 38 season. Seranthony Dominguez was a pleasant surprise in the closer role last season with 16 saves and a WHIP of 0.93. Beyond that?

It highlights the importance of the Phillies getting the production Hector Neris gave them in the second half of 2018, when he struck out half the batters he faced.

If Victor Arano and Edubray Ramos cannot step up and seize roles as they did last season, the bullpen could be a concern. Arano struggled badly again Saturday vs. the Astros, allowing six runs without recording an out. In three innings this spring, Arano has allowed 21 baserunners and has an ERA of 51.00.

If the Phillies open with an eight-man bullpen, Dominguez, Robertson, Neshek and Neris are locks. Lefties Adam Morgan and Jose Alvarez — both out of options — appear to be as well.

Those final two spots are up for grabs, especially with Tommy Hunter still sidelined by a flexor strain.

Griffin from Men In Black 3 sees all possible timelines. There’s probably a million within the N.L. East, and with the Phillies in particular. But there are three Bryce Harper outcomes which will tell Philadelphia’s story in 2019:

This is the outcome that sees Harper healthy and happy. He reverts back to his MVP season of 2015 and is the complete player the Phillies need. His defense is back up to par after he spent 2018 stepping gingerly after twisting his knee late in 2017. He provides adequate protection for Hoskins, who has a monster year, and it really doesn’t matter what the Phillies pitching staff does as they are out-slugging everybody en route to the title.

This is the timeline where Harper’s defensive skills are actually eroding, and his legs (one of which took a hit last week against Toronto right on his ankle) continue to fail him … causing his availability and his success to be limited. Hoskins still has a good season but he’s pitched to a little more carefully, and the lineup is good enough to win on a lot of nights but it leads to more games being in the clutches of the bullpen, which might wind up being a disaster.

This is the one that might worry Phillies fans the most this season. Let me explain: Bryce Harper comes in and is his “Make Baseball Fun Again” self. He hits bombs, he doesn’t run to first base on pop-ups, and his reputation regarding fracturing clubhouses by being immature becomes truth. Okay, all that in itself isn’t the worst thing in the world.

But when you pair that with an intense second year manager who will have a very warm seat in 2019, the mix could be combustible. There has been a lot of talk about Mickey Callaway being on the hot seat this season, but the temperature of his seat might be third warmest in the division. The warmest, in my mind, is Kapler’s, and I don’t think it’s close. He has a lot of new toys to play with on the roster and how he handles the most expensive one during the trying times will be a huge key in how the Phillies survive the next six months.

The Phillies are primed to make noise in the future. The future could be this season if they decide at the last minute to sign Craig Kimbrel to a short term deal. I would expect the first part of Harper’s contract to be generally successful. This season? There are question marks. The bullpen is one. The back half of the rotation is another. Perhaps even the bottom of the order (Makiel Franco/Odubel Herrera) could be a sticking point (though I’d take them as 6-7 hitters.) Winning the offseason by bringing in an entirely new core is dicey, and probably needs more time to ascend to the top. They will, but not this year.

(Which is good, because Robertson allocating playoff shares would be awkward anyway.)

Tomorrow, we discuss the Washington Nationals.