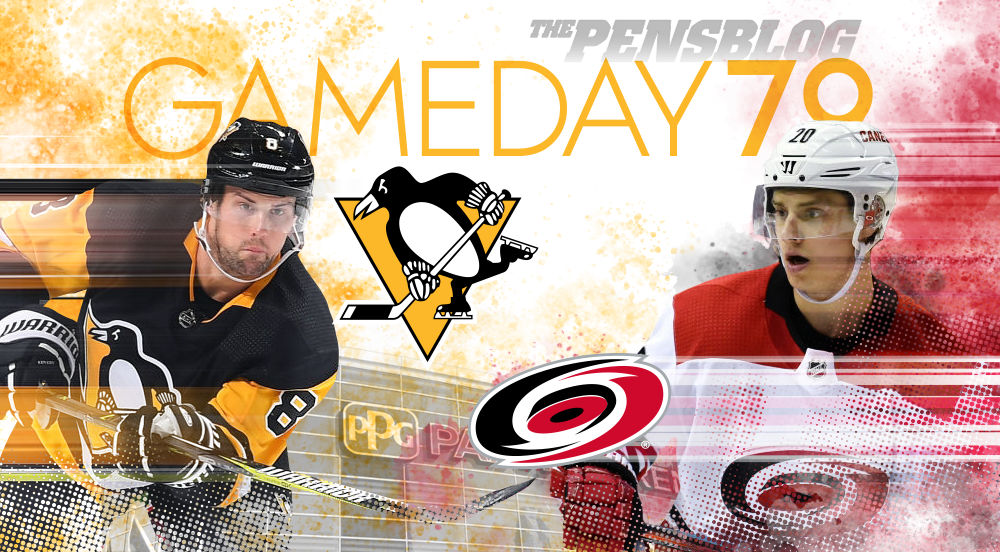 This is a big one, folks.

They usually all are at this point of the year, but like Ron Jeremy with a belly full of Cialis, it doesn’t get much bigger than this.

The Penguins will look to get back to their winning ways as they welcome the Hurricanes to the Paint Can just two days removed from having their 3 game win streak snapped at the hands of Pekka Rinne, while the Canes will be looking to build on sending the Flyers to an early grave yesterday afternoon.

The Flyers have been eliminated pic.twitter.com/Sh1BbtGbxV

Up for grabs this evening: 3rd place in the Metro and a potential first round matchup against the Islanders, who qualified for the postseason after shit-stomping the Sabres last night 5-1.

Meanwhile, after tonight’s slate of games, the Pens have to play Detroit twice in a home-and-home and host the Rangers to close out the year.  Carolina travels to Toronto, hosts the Devils, and travels to Philly to end their year, while the Jackets welcome the Bruins next week before ending their season with back-to-backs at Madison Square Garden and in Ottawa, Canada.

This is what it’s all about.

The Penguins got a familiar face back in the lineup on Friday night in the return of Olli Maatta.  What we said:

Really good game from Maatta too in his return. He led the team with 5 shot attempts and 3 shots on goal at 5v5. He was also on the ice for 11 shot attempts for and just 6 against, the second best percent share behind Simon. Preds generated just 4 shots on goal, too, while he was on the ice at 5v5.

That meant that neither Kris Letang nor Evgeni Malkin took part, but still nursing upper-body injuries.  Malkin practiced yesterday in a no-contact jersey, so he’s getting close, but won’t play tonight.  He also dunked on Robert Bortuzzo for the cheapshot that put him on the shelf.

Despite missing two of their 3 best players, the Penguins come into this 6-2-2 in their last 10 and are 3-1-0 since blowing a late lead and falling to the Canes in a shootout a week and a half ago in Raleigh.  They’ve played some pretty damn good hockey lately, having posted the 2nd most standings points in the month of March (9-3-3, 21 points with Washington’s 11-3-1, 23 points being better) and have been getting contributions from those not named Sidney Crosby or Jake Guentzel.

Dom Simon has been a revelation and was the best player on the ice on Friday.  That line of him, Bjugstad, and Hornqvist has settled in nicely as a premier 3rd line.

However, if there’s one area the Penguins can improve, it’s getting their powerplay fully operational heading into the playoffs.  It’s a tall order without the likes of Malkin or Letang, and while they’ve gone 13/48 (27.1% – 3rd best) in the month of March, they’ve been woefully ineffective over the last fortnight, scoring just 2 powerplay goals on their last 19 chances (10.5%, 28th in the league).  Going against a team like Carolina that doesn’t take a lot of penalties (they were only shorthanded 34 times in March – 10th fewest), they’ll have to be efficient tonight to be a difference.

With no Malkin and no Letang, one would not expect any changes to Friday’s lineup.

Welcome back to the lineup, Olli! pic.twitter.com/VMJSJeXuD6

Biggest game of the year this week, can’t expect anyone other than Murr getting the nod either, who is 8-3-3 in his last 14 starts with a .931 SV%.

Since coming back to beat the Pens in that shootout 12 days ago, the Hurricanes have had a bit of a roller coaster go of things.  They followed it up with a 6-3 loss at home to Tampa, topped Minnesota 5-1 and Montreal in OT 2-1, but lost both games of their home-and-home with Washington by a combined 7-3.  Lucky for them, they got the chance to rebound against the Flyers, putting them down 5-2 yesterday.

Remember how the Pens have the 2nd best points total in March?  Well, the Canes are right behind them with a 9-5-1 record in March, good for the 5th most points with 19.  They’re surging, despite putting the storm surge to bed (and waking it back up yesterday).

They remain a largely “by committee” type of team, but have gotten some top end production over their last 15 games throughout their lineup, with 9 different players averaging over 0.5 points per game, led by their top producers for the season in Teuvo Teravainen (20G-52A-72P) and Sebastian Aho (30G-52A-82P).

Despite them having to travel from Raleigh to Pittsburgh right after the game, you’d be hard-pressed to think they’ll make any changes, right on down to starting Mrazek in back-to-back games.  It was a 1:00 start, after all.