Trea Turner Is A Huge Pain In The Ass 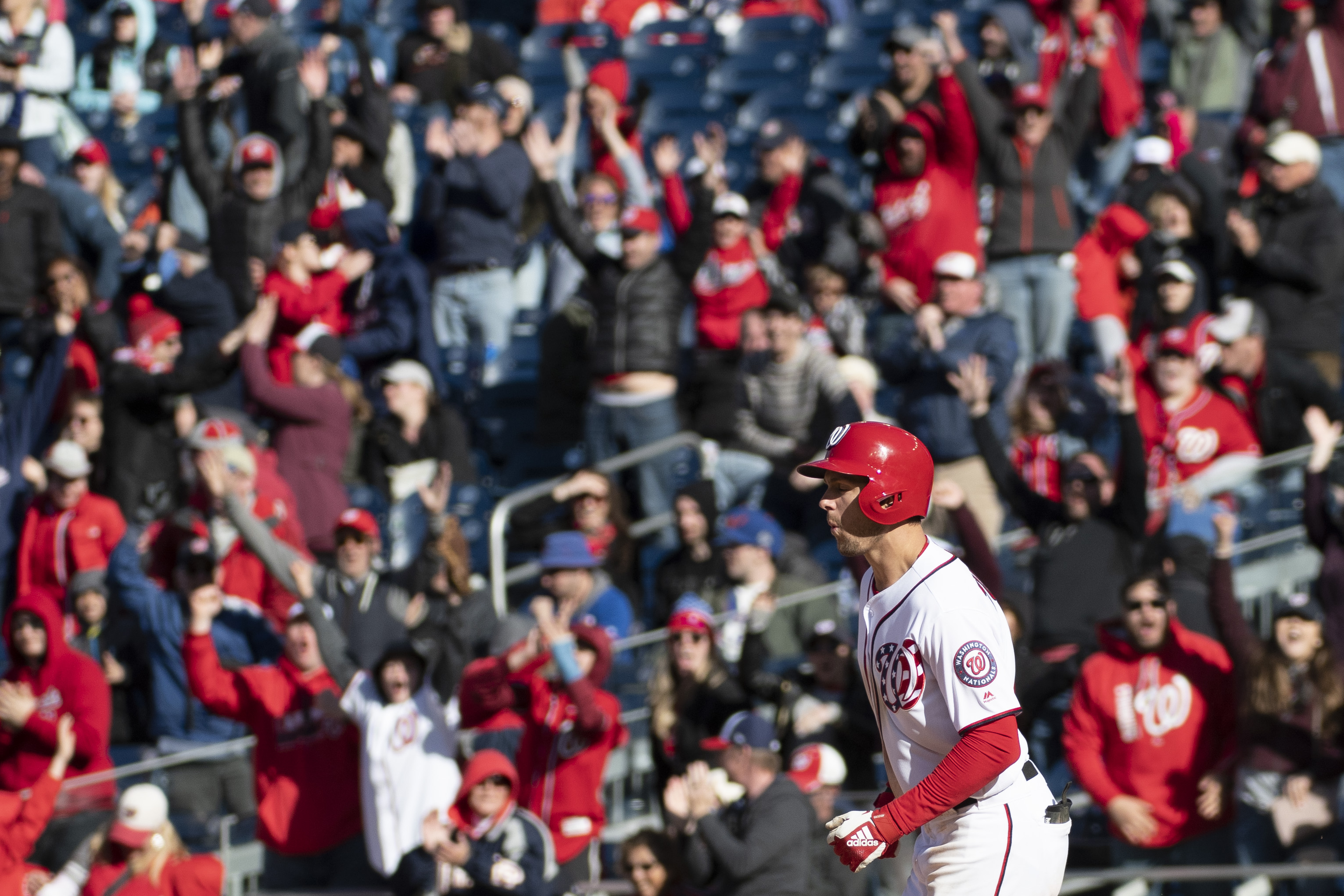 Trea Turner Is A Huge Pain In The Ass

First off, let me lead off by cursing the San Diego Padres for trading Trea Turner to the Nationals back in 2015.

Now with Bryce Harper gone, the Nationals are going to rely on others to be the fulcrum of that lineup, and Turner has the chops to do it. He’s one of those unique talents that can beat you in so many ways. and he showed them all against the Mets on Sunday. First, a three run HR against Zack Wheeler in the third to give the Nats a 3-1 lead. Then in the fifth, he stole second off Wheeler and Tomas Nido which led to the fourth run as Anthony Rendon drove him home with a two out single to make it 4-1.

I’ll stop here, because there was a lot of consternation about Tomas Nido being in the lineup instead of Wilson Ramos on Sunday, let alone being on the team all together while Devin Mesoraco is in purgatory. The thing about Nido is that of the backup catchers, Nido is probably the only one that has a plus skill, and that’s defense. If Nido can’t completely neutralize Trea Turner, good as he is, then perhaps his place shouldn’t be on the roster. That said, I somewhat understand what the Mets are thinking putting Nido ahead of Mesoraco, but is it worth exiling him if Nido can’t hit and can’t throw out Trea Turner?

Then in the sixth, Turner struck again as with first and third and nobody out, Turner pivoted a double play which was a tremendous play by Brian Dozier to squash hopes of a big inning, Dozier’s backhand glove flip to rob Amed Rosario evoked scant memories of Daniel Murphy in Washington but proved to be an important moment in this game, thanks in part to Turner.

Then, the final blow. After the Mets scratched and clawed for three runs in the top of the 8th, Turner faced Justin Wilson in the ninth. Wilson was in his second inning of work with Seth Lugo seemingly unavailable and Robert Gsellman already having been hit hard earlier in the game. Wilson by his own admission tried to float the pitch away, but it ran in and Turner jacked it out for the Mets’ first loss of the season.

In a rare moment of determination, I had texted to a friend that I wanted to sweep the Nationals and make them question their very existence as a franchise. (Could you imagine that team heading into their Bryce Harper reunion at 0-3?) I guess those kinds of losses don’t happen in April, and it was silly to hope for one. The best the Mets could do is to take advantage of the day off to reset their bullpen and have everyone available. As long as Mickey Callaway doesn’t waste Seth Lugo’s bullets with a seven run lead, the Mets should be just fine. (Except for the fact that they’ll have to see Trea Turner ten more times before the end of May … pain in the ass.)