Mickey Callaway's decisions have been all over the place 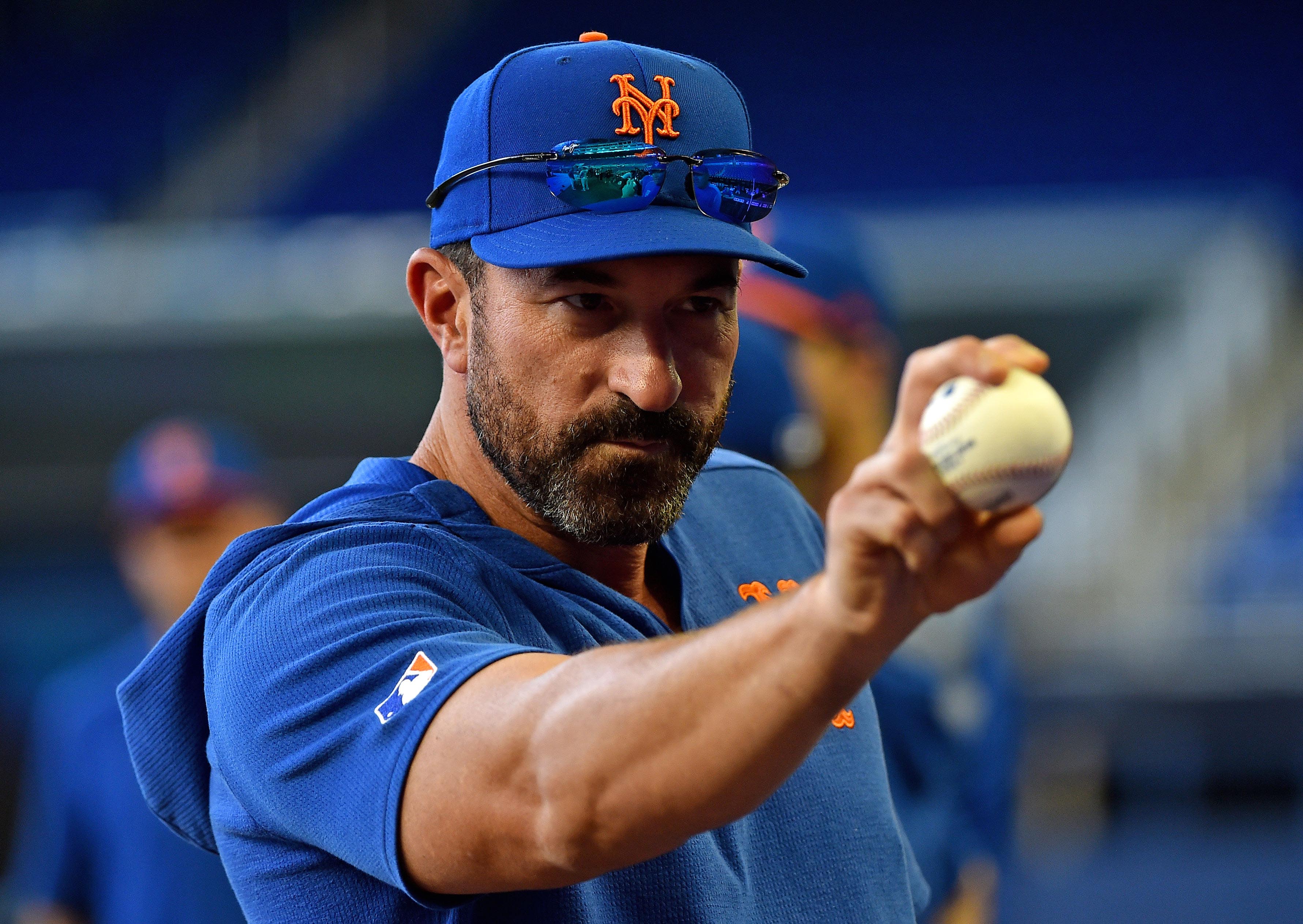 Mickey Callaway's decisions have been all over the place

One of the most frequent criticisms of the New York Mets a year ago was the strange choices manager Mickey Callaway made in his first year on the job. Between bizarre bullpen usage, submitting the incorrect lineup in Cincinnati, and saying strange things in the middle of a slump there were plenty of reasons for Callaway to be on the hot seat last summer. The Mets’ hot finish bought Callaway another year, but new GM Brodie Van Wagenen overhauled his coaching staff, including the addition of veteran manager Jim Riggleman as the bench coach. Despite all the changes, Callaway is back to doing strange things, and that could doom him in the long run.

The Mets are 4-1 over their first five games, but their victories feel like they are in spite of Callaway, not because of any brilliant moves he has made. Callaway’s fascination with infielder J.D. Davis is bizarre, and the decision to bat him cleanup on Monday with Wilson Ramos in the lineup made no sense. Davis, whose defense at third base has been questionable to say the least, was also double-switched into last night’s game at third early on in place of Jeff McNeil.

Callaway has also shown a complete stubbornness to stick with what the analytics sheets say at the expense of common sense. A perfect example of this came over the weekend, when Jeff McNeil collected four hits on Saturday and was out of the lineup on Sunday. Callaway said that off day was pre-planned because the team felt that Brandon Nimmo would have a better time against lefty Patrick Corbin due to his approach at the plate instead of McNeil. The Mets lost that game, and Callaway did this again last night by sitting Pete Alonso in favor of Dominic Smith. Smith had no doubt earned a start prior to last night, but the Mets could easily have put him out in left field to leave the red-hot Alonso in the lineup.

The aspect of the game where Callaway is struggling the most is bullpen usage, which should be one of his strong suits as a former pitching coach. Callaway has already used Edwin Diaz heavily over the first five games, including two appearances in non-save situations that led to the Mets’ closer being unavailable last night. Jeurys Familia has also been used heavily and was not available either last night, leaving a sick Seth Lugo, Robert Gsellman, and Justin Wilson to close out the Mets’ win over the Marlins. Lugo himself has plenty of issues with usage, having appeared in three of the Mets’ first five games despite being sick, and he tossed 78 pitches combined over just 2.1 innings in his last two appearances.

The Mets may be winning games right now, but they are doing it in spite of their manager, not because of him. Callaway’s lack of vision with regard to the bullpen, which is good but not spectacularly deep, could burn the Mets in the long run by overtaxing guys like Lugo and Diaz early. The Mets got off to an 11-1 start last year despite Callaway’s unorthodox choices, but that approach made them one of the worst teams in baseball for the next three months.

It is fair to wonder how long this can go on for the Mets and if Callaway will find himself on the hot seat if his choices start costing the Mets games in what should be a brutally competitive division. The Mets now have a viable replacement on their staff in Riggleman, who has taken over a team in the middle of the season on several occasions, including last year with the Cincinnati Reds. Callaway is getting lucky right now that his choices aren’t costing the Mets wins, but the odds that poor bullpen usage and lineup choices won’t burn the team eventually are extremely low.