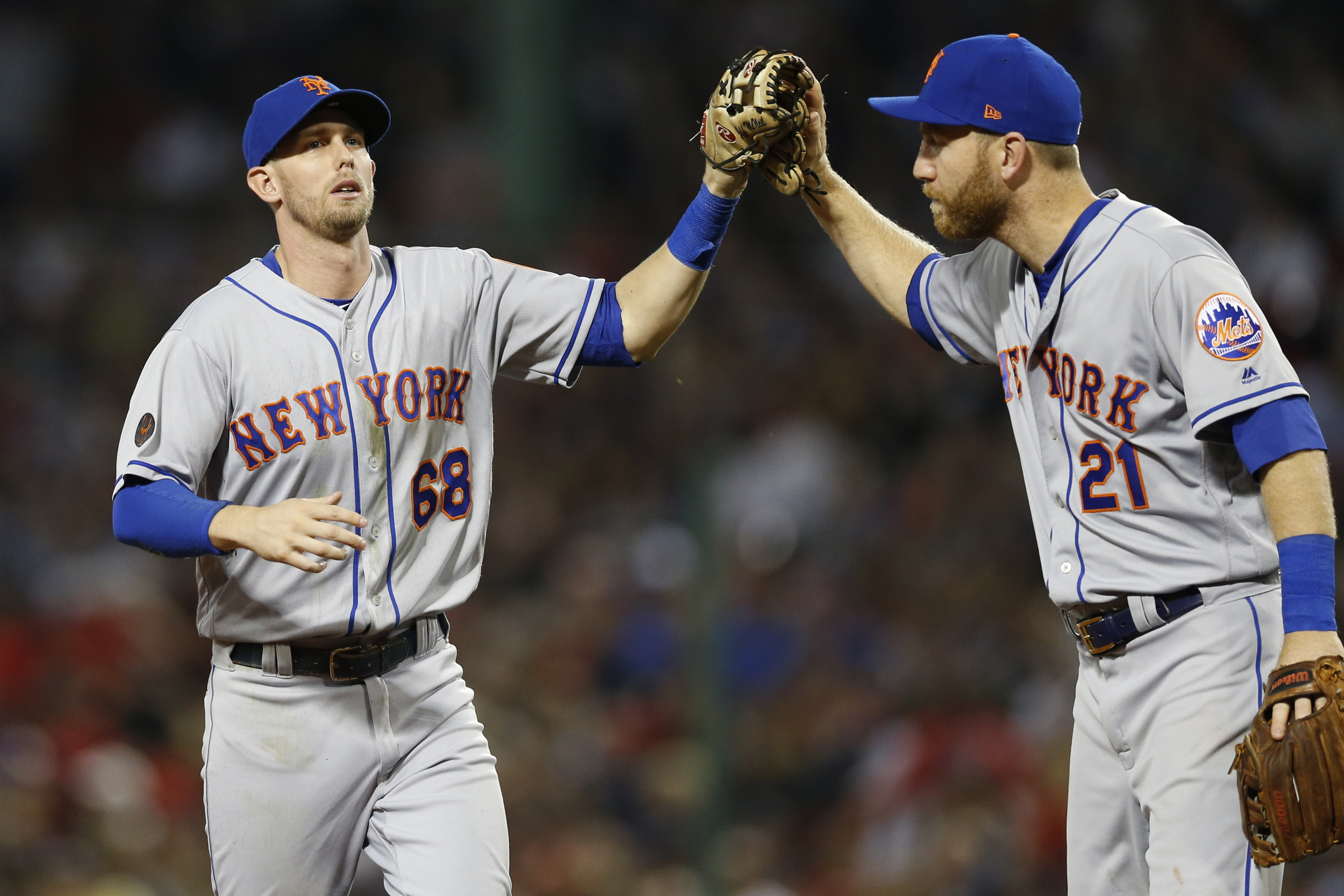 Hey, here’s some wackiness: The Mets are trying out a player in a new position. It’s a familiar modus operandi for the Mets, and if I told you Todd Frazier was that player you’d probably ask me when he’s going to make his debut backing up Pete Alonso at first.

In a surprise, Todd Frazier started at shortstop on Tuesday night in a rehab game for Single-A St. Lucie and played four innings at the position before moving to his familiar third-base spot.

Frazier, 33, has played three innings at shortstop in his big-league career. That came in two games for the Reds in 2011. Frazier handled three chances cleanly. Frazier also played short at Rutgers.

Todd Frazier is going to play 4 innings at shortstop in addition to third base tonight for St. Lucie. … if Frazier can be a backup at SS would allow the Mets to keep J.D. Davis here.

Todd Frazier at shortstop? I’ll say that’s a surprise. I would have been less surprised if Frazier showed up in my apartment than I was at him showing up at shortstop. I guess the best thing I can say about this is that it’s not Amed Rosario in center field. Of course, this is probably one of those position changes that’s better in theory than in practice. After all, Frazier probably played a lot of short at Rutgers in 2006 because the team didn’t have an official shortstop listed on the roster, which isn’t a problem the Mets have.

But kudos to the Mets for trying to find a role for Frazier. If it gives Frazier some sort of use outside of creating new hit celebrations, why not. I’m not for making everybody into a utility player, but Frazier playing short? Sure. The Mets have always been good at lighting fires by the dumpster. At least now they’re resourceful enough to roast marshmallows by them.