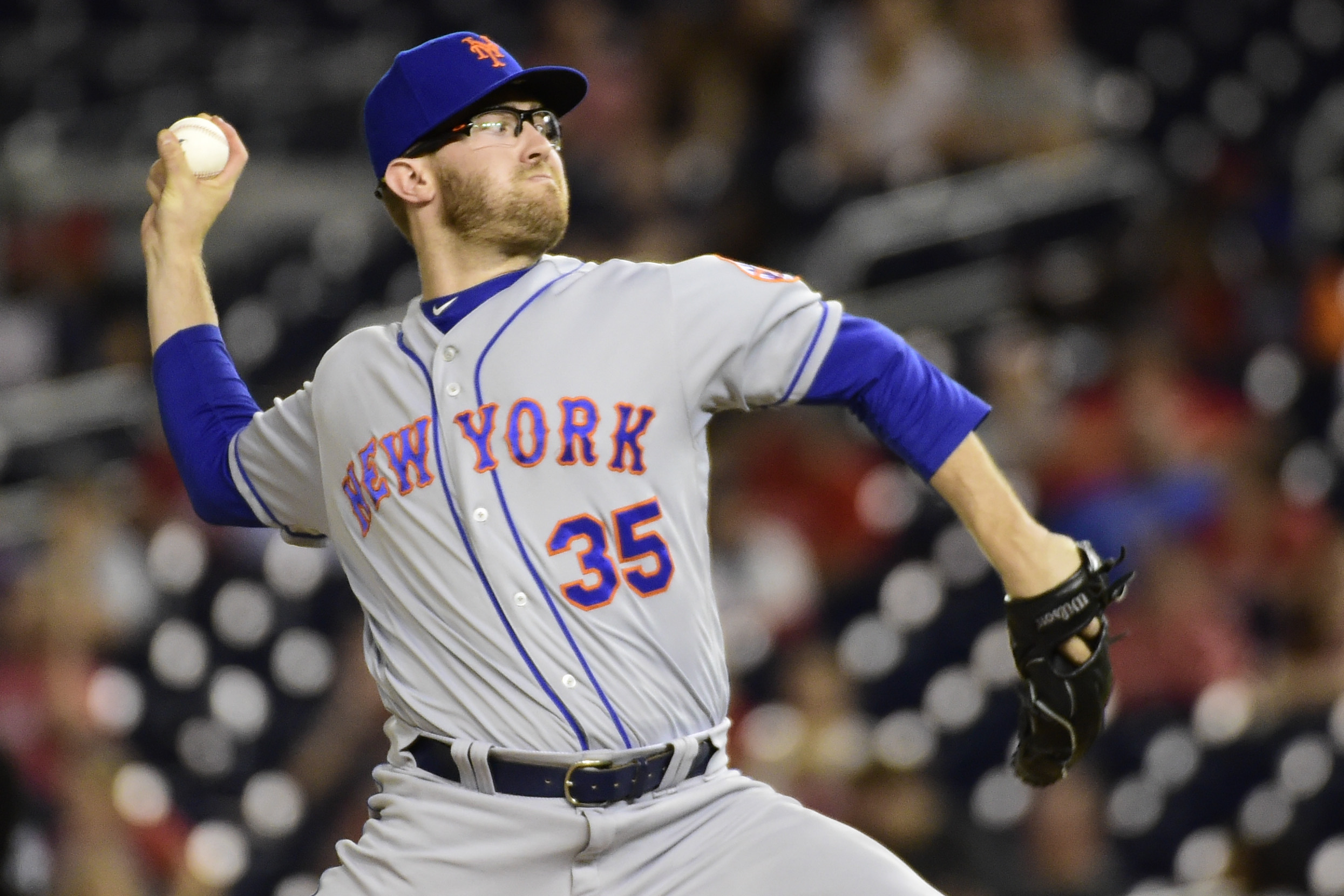 In case you missed it yesterday, New York Mets’ reliever Jacob Rhame was suspended for two games for throwing at Philadelphia Phillies’ first baseman Rhys Hoskins. The incident occurred in the ninth inning of Tuesday’s 9-0 win, with Rhame going up and in twice to Hoskins, with the first pitch going behind his head and the the latter going high and tight. The two faced off in the ninth again on Wednesday, with Hoskins getting some revenge by launching a homer off Rhame and taking a very slow trot around the bases.

“New York Mets pitcher Jacob Rhame has received a two-game suspension and an undisclosed fine for intentionally throwing a pitch in the area of the head of Rhys Hoskins of the Philadelphia Phillies during the top of the ninth inning of Tuesday night’s game at Citi Field. Unless appealed, the suspension of Rhame is scheduled to begin on Friday, when the Mets are to host the Milwaukee Brewers. If Rhame elects to file an appeal, then the discipline issued to him will be held in abeyance until the process is complete.”

Rhame is expected to appeal the suspension, which he absolutely should, because the idea that the league can determine intent for a pitch is absurd. The umpires on the scene didn’t issue a warning when Rhame threw behind Hoskins in the ninth inning, which would be the easiest time to issue intent. If a warning had been issued and Rhame threw high and tight again, he would have been ejected and the situation would have warranted a suspension. The umpires didn’t do that, however, and there were no warnings issued prior to Wednesday’s game either.

Rhame told reporters after the game that he didn’t throw at Hoskins’ head, and Hoskins got his revenge by homering off of him the following day. That should have been the end of this whole incident, but the league has decided to. play god and punish Rhame for a pitch that got away from him. In a situation like the one Rhame was in on Tuesday, when he was just trying to finish out a 9-0 win, trying to spark a lifeless Phillies’ team by drilling someone in the head makes absolutely no sense. Finding intent when there clearly wasn’t any is ridiculous, and Rhame should absolutely appeal the suspension.

This is also the same league that let Chase Utley off the hook for a dirty slide against Ruben Tejada in the 2015 playoffs, so if they’re going to do that Rhame should easily win his appeal. It may not matter much in the long run since Rhame is one of the last men on the roster, but the principle of the matter says that he should be upset. Rhame was trying to pitch inside and it got away from him at the end of a cold April night. That is not suspension worthy.