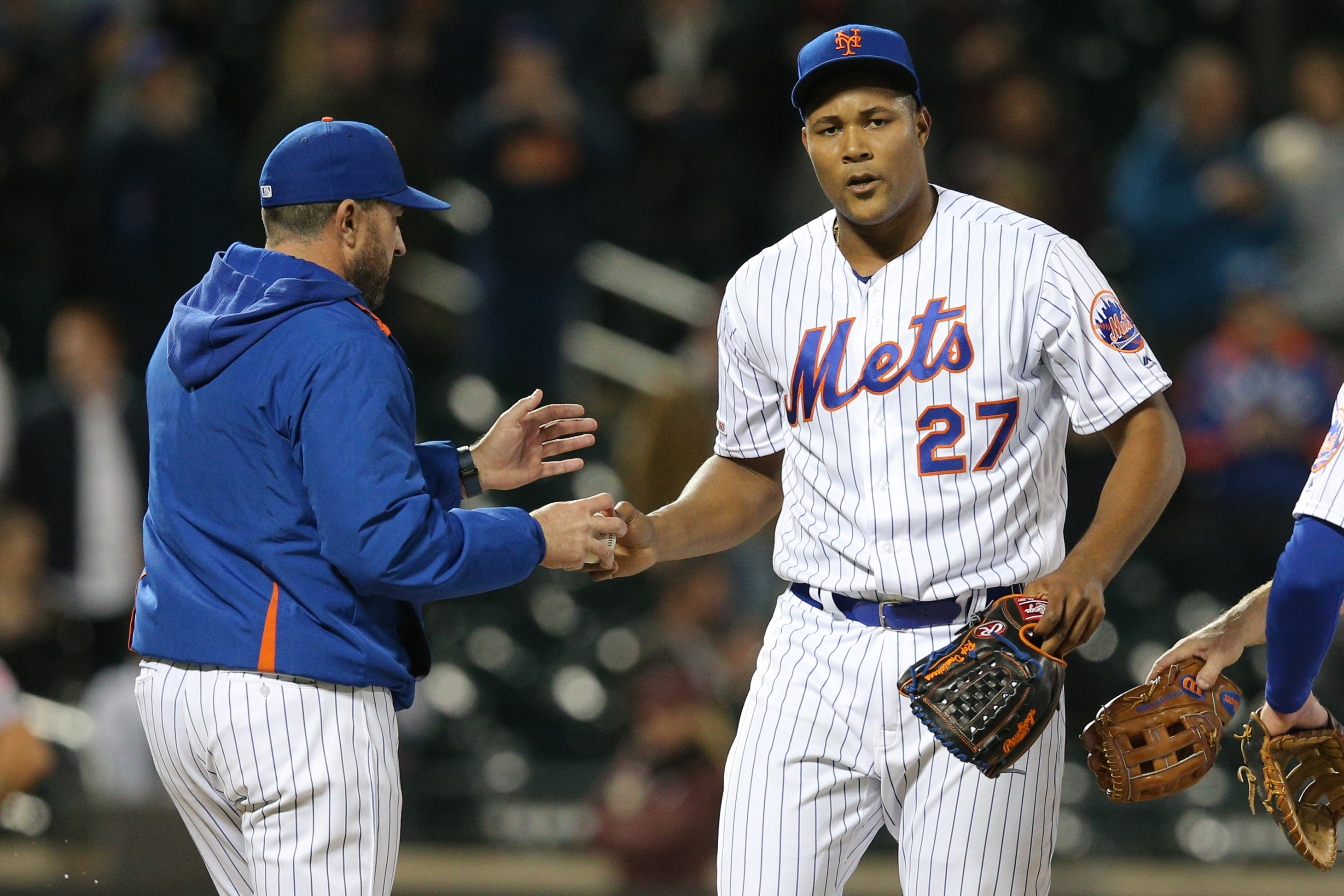 Well this might explain the 2019 struggles of Jeurys Familia:

Jeurys Familia has been placed on the 10-Day IL (right shoulder soreness) and we've selected the contract of Ryan O'Rourke. #Mets pic.twitter.com/6kVuOhFWUx

Familia alerted the Mets to his discomfort this morning, according to Mickey Callaway. He underwent an MRI on his shoulder, which revealed a Bennett lesion — essentially a bone spur — and received an injection. How long it takes for him to return is anyone's guess.

The ironic part about all of this is that Edwin Diaz has been limited to being a one inning pitcher because the Mets were worried about his health … he was diagnosed with a bone spur over the winter though that’s supposedly not related to the restriction. Familia goes a second inning last night, and they find a bone spur and he’s on the injured list.

Not that I think Familia going a second inning doomed him. If he has a bone spur, it was going to spur no matter what. Human physiology doesn’t have an inning count. But man, $30 million sunk and who knows if he’ll ever be right again. As for this season, the remade bullpen has officially gone in the dumpster with Familia gone and Justin Wilson already hurt. I hear that a closer for a World Series champion is available. Maybe that reliever will text Brodie and say “come get me”.