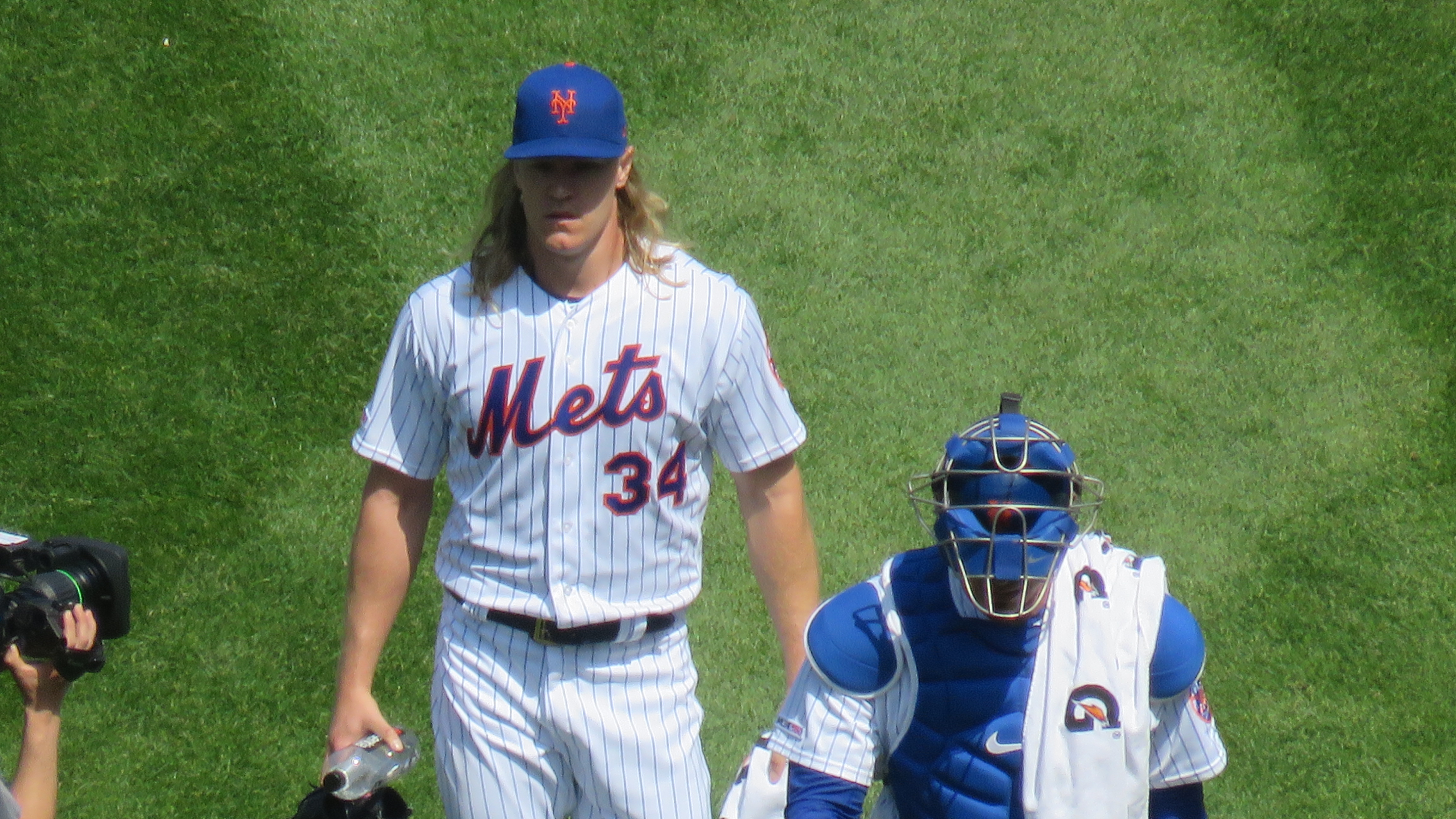 I don’t know why I noticed this, but when Noah Syndergaard came out of the bullpen to prepare for his start on Thursday, I thought of this scene from Major League II:

It was a small thing, but Noah Syndergaard shaved his beard and I think he trimmed his hair too, eliminating the need for a ponytail …

Now do I really believe that Noah Syndergaard threw a shutout and hit a home run for the only run of the game because he shaved and got a haircut? If it was that easy, I’d keep my hair at crew cut level. But it doesn’t take away from the fact that I could totally see Noah coming out of the bullpen and calling a guy a lardmouth and then throwing a complete game shutout and hitting a home run.

Two of those three things actually did happen on Thursday, as Syndergaard was spectacular, striking out 10 in 104 pitches while only giving up four hits and walking one. He also did this:

And that was it. A 1-0 win that was pretty much all Syndergaard. A 1-0 win that, when combined with Jacob deGrom’s outing from Wednesday which I can only describe as “stellar”, is perhaps a sign that this entire season wasn’t going to be Freaky Friday and that the Mets were going to be all right.

Of course, there was the sidebar of fans waving back at Jesse Winker after each of his three strikeouts … the last of which came after strike two as he was ejected for arguing with the ump. The waving didn’t stop there:

The Fonzie jokes were lame, but Mets fans bounced back just as emphatically as deGrom and Syndergaard did with those Instagram waves, so good for us. Winker may have come out ahead on Wednesday night, but couldn’t take the heat on Thursday … or should I say: he couldn’t take all the notifications:

Winker disabled comments on all of his posts 😂 pic.twitter.com/aYKJttgc8m

And we wanted to make him into a villain? No self-respecting villain would be caught dead trying to take over the world with this guy.

I’ll simply acknowledge the ten-year-old that said “I hope you die!” to Chase Utley. Extreme? No more extreme than breaking somebody’s leg with a roll block.