"Baseball Will Kill Us All One Day, Johnny!" 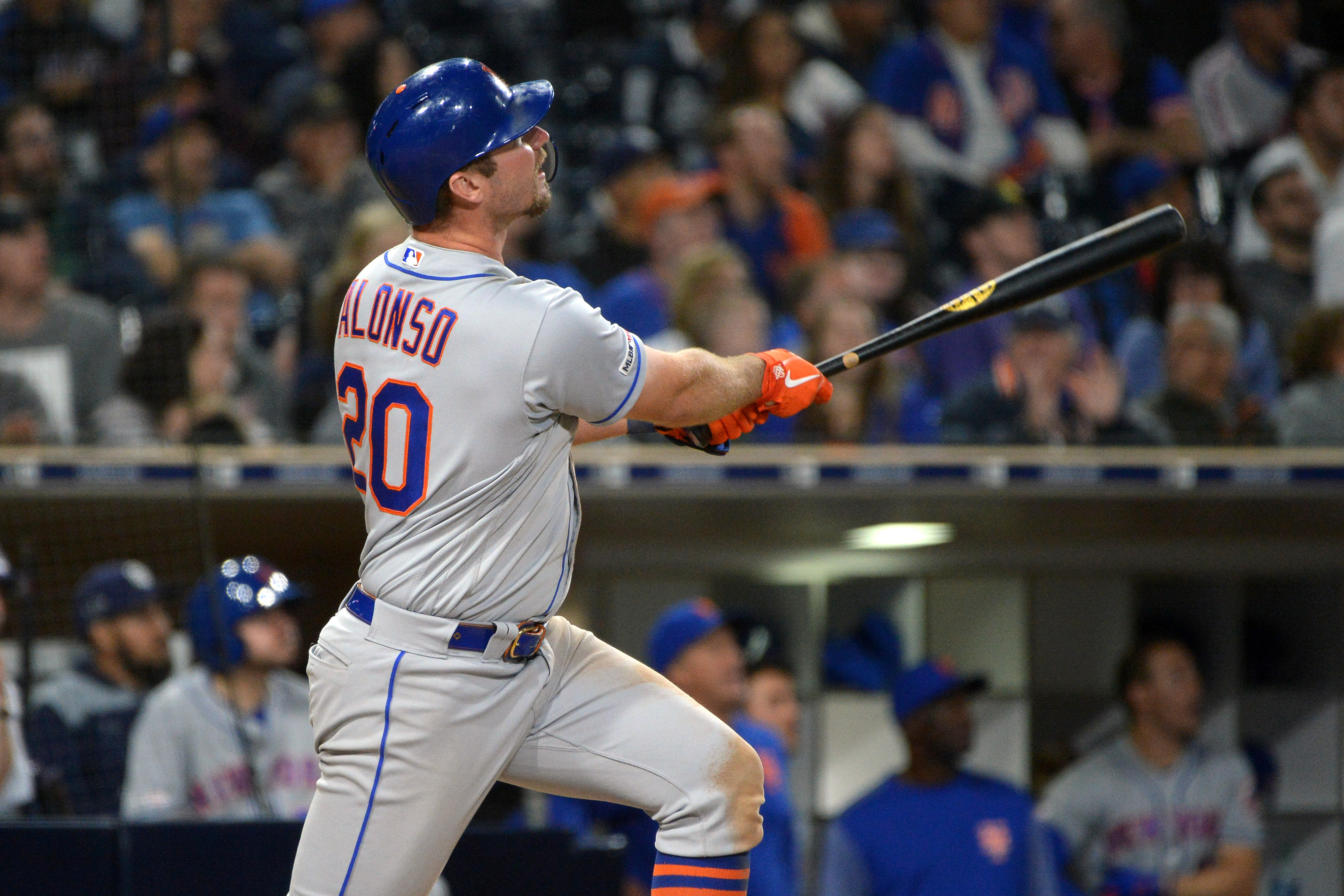 "Baseball Will Kill Us All One Day, Johnny!"

It might not be as elegant as anything Roger Angell, George Will, Greg Prince or any of baseball’s other poets have said, but it’s the most honest line of all time. Baseball will kill us all one day.

Take Tuesday’s game, for instance. Being down 5-2 to the Padres with Noah Syndergaard on the mound after scoring seven runs in six games is enough to make your blood boil anyway. But the Mets came back to tie the game late as Brandon Nimmo broke an 0-for-28 slump to tie matters up at 5-5. A huge relief for Nimmo, a huge relief for the Mets, and a huge relief for fans like myself who are tired of watching this team lose in the worst possible ways in the Petco House of Horrors.

Then in the ninth  …

Somebody had tweeted me about a week ago (sorry I can’t remember who you were) to the effect of “All of Alonso’s home runs are to center field or oppo, imagine if he really got a hold of a fastball and pulled it.” Well, you can see the above video for your answer. That was on par with the home run he hit in the futures game last year, and much, much more important.

And it made Chris Paddack a little salty, apparently:

SNY had a Jeteresque camera trained on Paddack, hoping he would fuel the media created rivalry by bludgeoning Pete Alonso with a baseball bat or a rally monkey. (SNY)

The home run made it 7-5, and with Edwin Diaz on the mound for the save it should have been lights out, right?

After a strikeout, Diaz walked Greg Garcia, gave up a 100 foot hit to Ian Kinsler, and Franmil Reyes drove home a run with a single to make it 7-6. I start thinking about Jarred Kelenic’s A ball stats. First and third with Manny Margot pinch running for Reyes, and Manny Machado up. Then comes a bit of fortune as Margot stole second, opening up first base. Diaz, who is much better against lefties this season now walks Machado to bring up Eric Hosmer for a more favorable matchup.

Diaz struck out Hosmer on what Hosmer thought was a questionable call (but it won’t be questionable once the robot umps come along so please sit down, Eric, as 2015 is now a long time ago.) So now Hunter Renfroe comes up against Diaz and I recall two things:

Everth Cabrera would have been the more apt memory as it happened in San Diego but since I was at Maxwell’s game, that’s what I went with. Thankfully, Renfroe hit a harmless grounder to shortstop and OH MY GOD IT’S AMED ROSARIO HE’S GOING TO THROW IT INTO THE THIRD ROW OF THE STAAAAAAANDS!!!

The Mets won 7-6, and I felt light-headed. I needed a Gatorade after that game and I was just sitting down. I guess games like this are supposed to invigorate you. But it’ll just wind up killing me. It’ll kill all of us one day, Johnny.