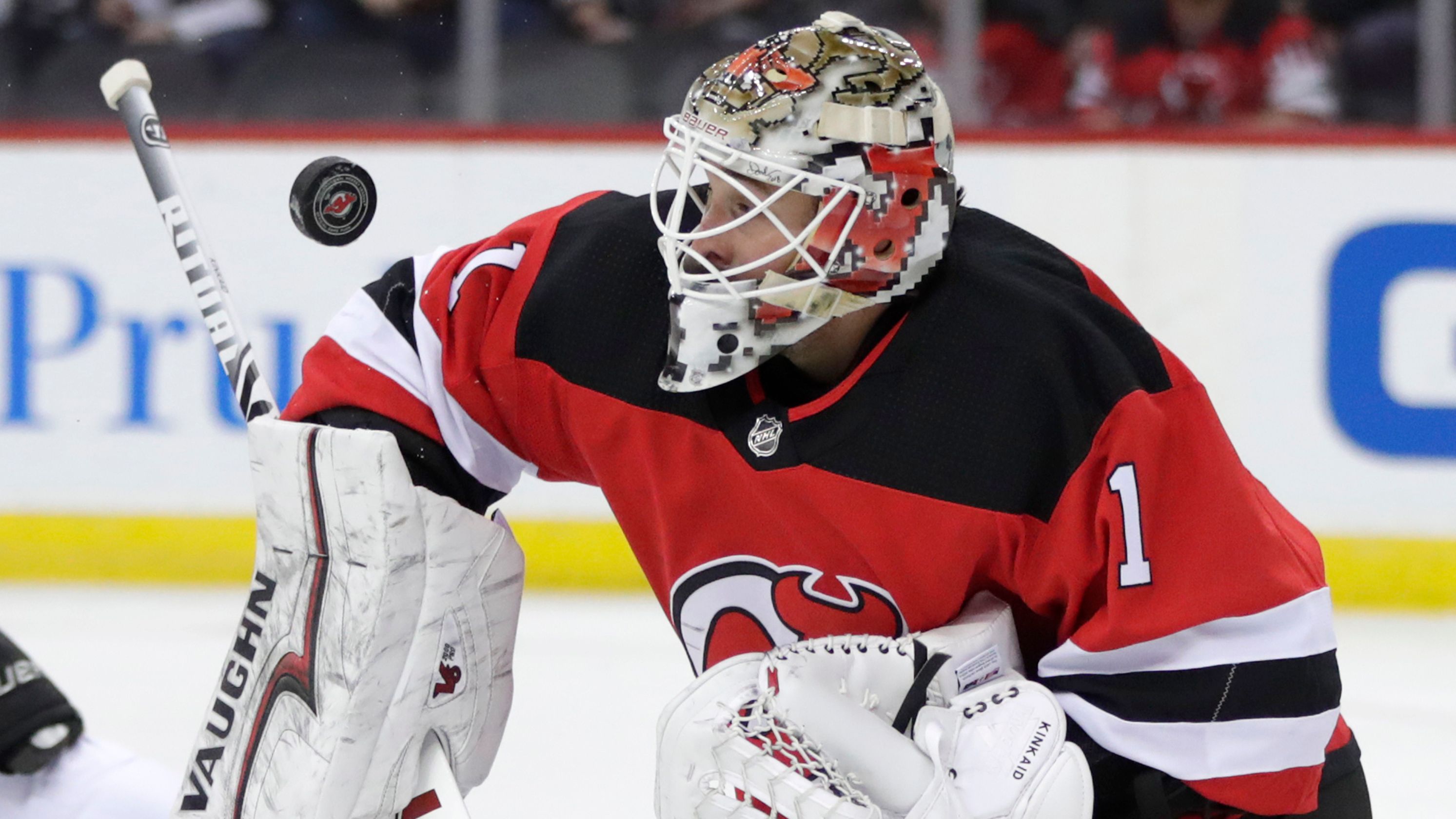 During the stretch drive of the 2017-18 season, the New Jersey Devils needed a miracle to make the playoffs. Although the roster was reasonably strong, they were without Cory Schneider and looked dead in the water as crunch time approached. Something funny happened, however.

Little known backup goalie Keith Kinkaid elevated his game and helped the Devils push into the playoffs. Kinkaid ended the season a hero in Jersey, and was a fan favorite by the time the club’s first playoff appearance since 2012 had ended.

New Jersey fell out of contention early this season and never rebounded, resulting in Kinkaid being sent to Columbus at the trade deadline. He’ll hit the free agent market this July looking for a new home, and Edmonton might just be a solid fit for him.

Kinkaid went from typical NHL backup to 1A/1B type goaltender territory pretty quickly. Heading into the 2017-18 campaign, his career-high in terms of games played was 26 in 2016-17. He played in 41 games for the Devils in ’17-18, then appeared in two playoff games for the club against Tampa Bay.

This past season? Kinkaid again appeared in 41 contests for the Devils before being traded to Columbus on the morning of the deadline. How much did the Jackets value him? Kinkaid didn’t play a single minute for them.

Although Sergei Bobrovsky is likely on his way out via free agency, it’s highly doubtful that the Jackets bring Kinkaid back into the fold. They’ll likely be chasing a goalie via free agency or trade to replace Bobrovsky, and the club likely retains Joonas Korpisalo as a backup option if it elects to bring anyone back.

Kinkaid saved the season for the Devils in 2018. He recorded a 26-10-3 record in his 41 appearances that season and finished with a strong .913 save percentage and 2.77 GAA en route to leading the Devils to the playoffs.

At that point, it looked like Kinkaid might be emerging as a 1A/1B goaltender in the NHL. His numbers took a nose dive this past season, as his record fell to 15-18-6 and his save percentage fell below replacement level. Kinkaid was only able to manage an .891 save percentage in his 41 appearances with New Jersey, and was deemed expendable at the deadline.

Kinkaid isn’t a starter in this league, he might not even be a 1A/1B type, but he appears to be surrounded as a solid backup.

Kinkaid is likely best suited to a role that sees him play between 25 and 30 games. He’s pretty well surrounded as a more traditional backup at this point, and has proven he can provide strong goaltending on weaker teams when in that role.

Edmonton would need him to play higher in the lineup than that, and I think there is a fair case to be made that he can’t handle that role. His 2018-19 season should give a team like Edmonton pause when it comes to Kinkaid.

Kinkaid’s most recent deal carried an AAV of $1,250,000 on a two-year term. I think that’s exactly the wheelhouse for Kinkaid on his next deal, and I wouldn’t be shocked if he had to settle for a one-year contract after such a tough season. There is potential here for a value deal if Kinkaid can regain his previous form and is put in the right spot.

I like Kinkaid, but only for a team that has an established starting netminder that can handle 50-55 starts a season. The Oilers, quite obviously, do not have that goalie on their roster right now.

If they plan on keeping Mikko Koskinen, and I believe that they do, then they’ll need to find a goalie that can handle upwards of 40 games a season. Kinkaid simply is not that guy.

If the Oil miss out on the top options on the market, Kinkaid could be a decent buy-low candidate that might pan out. It would be a roll of the dice, but Kinkaid could be useful should Edmonton strike out elsewhere.