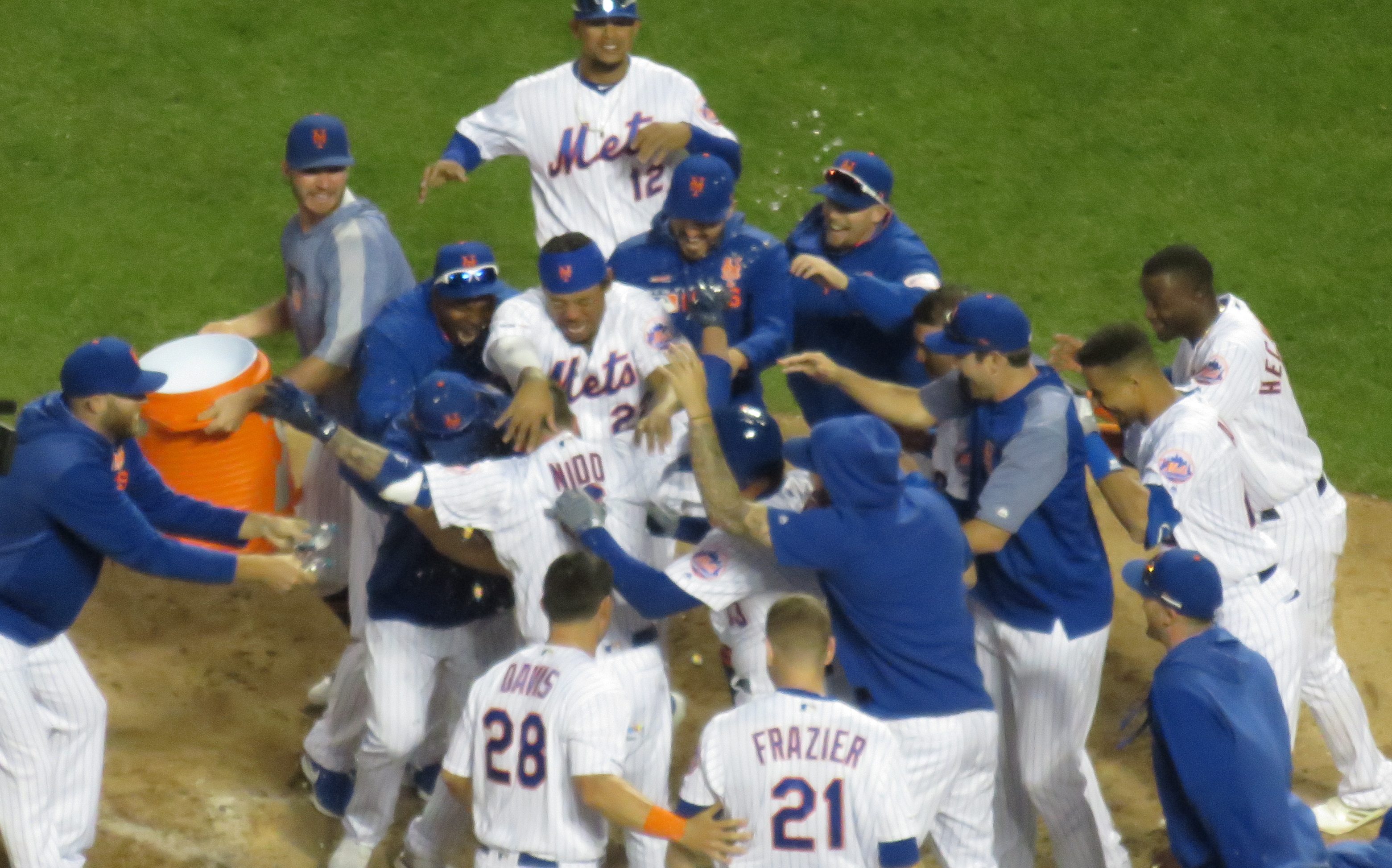 The pitchers and the catchers deserve all the credit on Saturday.

First, and maybe not foremost but on the list: Jason Vargas going five innings and only giving up one run is a huge sigh of relief. Considering where the bar is for Vargas, that’s no small feat. Also, Steven Matz didn’t even go five innings in his return from injury as Vargas did. Plus, Noah Syndergaard gave up six runs against the Tigers while Vargas only gave up one. Yeah, baseball makes sense.

Then, Wilson Ramos. I gotta hand it to him: When he hits them, he really hits ’em. The two he hit today were absolute no doubters. The first one tied the score in the first inning on a ball he pulled while the second one was an oppo taco to give the Mets the lead back in the sixth after Tyler Bashlor gave up a couple of runs in the top of the inning. I figured there would be three home runs for the Mets catcher, but I’d have to settle for three home runs by Mets catchers.

Hector Santiago qualifies as “unsung hero” tonight, so let’s sing for him. (Metstradamus)

Edwin Diaz had pitched an eighth inning before, but not with the realistic hope of a four out save (Diaz pitched the 8th inning down 2-0 in Miami when we all knew the Mets weren’t going to score three runs in the ninth because Mets). Mickey Callaway did it today, bringing in Diaz with two outs in the eighth, a 4-3 lead, and a runner on third. Diaz gave up a bloop single to Jacoby Jones (who is really starting to become a pill) which tied the game at 4-4. When the Mets couldn’t score in the eighth, Callaway had the luxury of taking Diaz out and saving him a four out appearance. When Wilmer Font entered for the ninth, the cause became tenuous.

But the post Sugar bullpen was key for the Mets, especially Wilmer Font for the 9th and the 10th, and Hector Santiago for the 12th and 13th (throw in Daniel Zamora with a scoreless 11th and you have three of the most unlikely candidates to save a victory for the Mets). Chalk this one up to Brodie for the acquisitions of Font (who might be better suited for the bullpen), and Santiago (who can be a true swingman for the Mets if the team wants to hold on to him.) Of course, this was against the Tigers so maybe I should check my enthusiasm for their roles going forward, but give them full marks for saving this victory.

Still getting used to hearing “Wilmer” and not hearing “Flores” right afterwards. But Wilmer Font was huge on Saturday. (Metstradamus)

The bottom of the 13th inning had arrived and with Pete Alonso and Wilson Ramos switched out of the game and J.D. Davis’ spot up ninth from that spot, we really thought that we could be at Citi Field for a long, long time. Especially now that the bottom of the Mets bullpen barrel had tightened up. The last person I would have expected to end the game with one swing was Tomas Nido, who came in the game in a quasi double switch earlier in the game. So at that point, the conversation in the stands went from “why are you binge-watching Mannix” to “would the Mets send Syndergaard up to hit for Santiago after Nido”, when all of a sudden Jones was going back on a fly ball to right center field and holy crap we might actually go home!

The day got off to a strange start as the Citi Field rotunda still had Friday’s lineup up in the Rotunda. And it took six innings for the Arancini Bros. rice ball stand to warm up. But the ending, delayed as it may have been, was perfect. Tomas Nido’s blast to right-center gave the Mets a 5-4 win and a satisfying ending to those who stayed for 13 innings. A death struggle against the Detroit Tigers may be unnecessary, but on Saturday night the team that calls Flushing home didn’t die. I’ll take it.