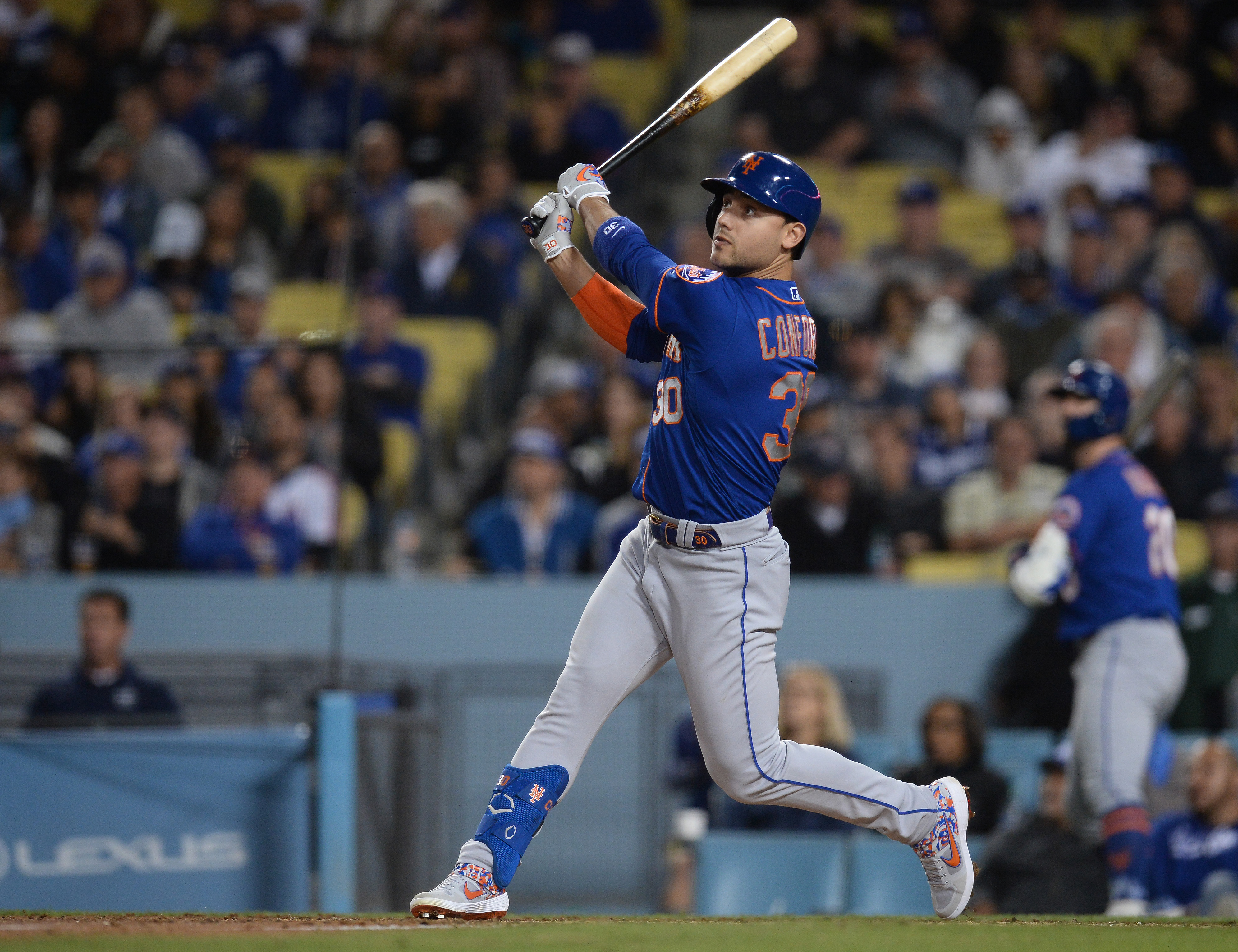 The New York Mets (27-27) picked up a big win last night on their West Coast trip. Tied at 2 in the seventh inning, Michael Conforto swatted his first career grand slam to help the Mets beat the Los Angeles Dodgers (36-19) 7-3. The two teams have now split the first two games of this series and will look to grab the third tonight. First pitch for the contest is scheduled for 10:10 p.m. at Dodger Stadium.

The Mets will send right hander Noah Syndergaard (3-4, 4.93 ERA) to the mound today. Syndergaard struggled mightily last Friday, giving up six runs in 5.1 innings against the Detroit Tigers, but was bailed out of a loss by the Mets’ explosive offense, which slugged five homers in the game. The bullpen managed to waste it, however, resulting in a 9-8 loss. The Dodgers will counter with talented young righty Walker Buehler (5-1, 3.58 ERA). Buehler picked up a win last Friday, allowing one run in six innings to beat the Pittsburgh Pirates.