We've Seen This Movie Before 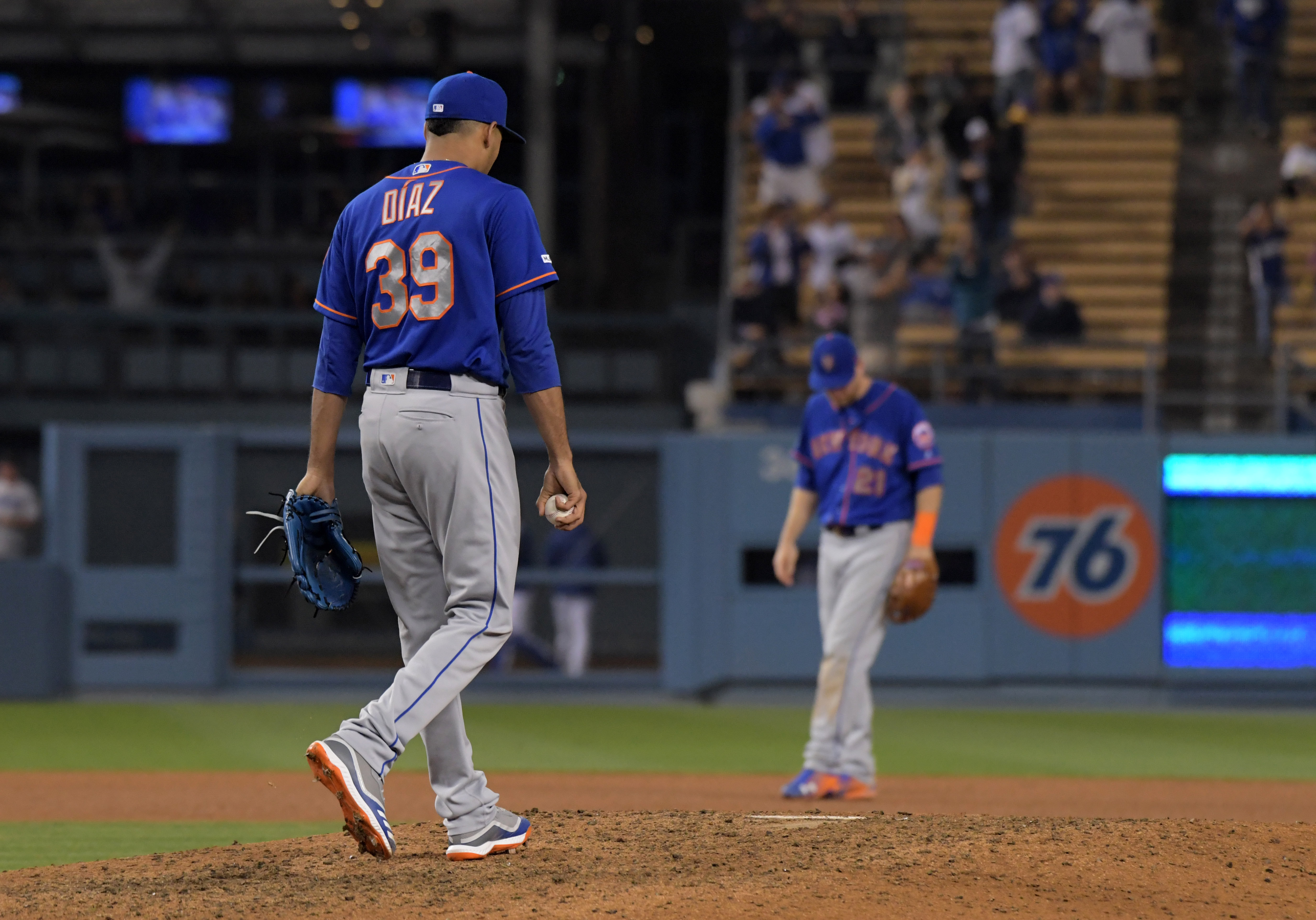 We've Seen This Movie Before

Baseball fans feel the highest of highs and the lowest of lows, and like tonight, they feel both in the span of an hour. And whatever side your team comes out on in a game like this, you feel higher or lower than you actually are. So suffice to say that after what happened on Wednesday night, I feel like the Mets are doomed to burn in hell on earth for all eternity. And I think I’m right.

Maybe I’m on the extreme end of that spectrum.

But can you blame me? I was ready to write a post on how Pete Alonso is incredible, and that Dom Smith was such a key part of the lineup, getting hits ahead of Alonso’s home runs and then getting a home run himself. I was ready to discuss how Smith in left field has now become a necessary option for the Mets going forward, that it’s working too well to worry about whether Smith was going to become the next Cody Bellinger or the next Todd Hundley. Whatever works, right?

So it’s 8-3 in the 7th, Noah Syndergaard pitched six uneven but effective innings, and this exchange happens between myself and a friend:

Robert Gsellman comes in and gives up a run. Okay, but he gets Bellinger out to end the frame and I’m thinking “this could have been a lot worse. Then Familia comes in and gives up a Corey Seager home run. And that was key because it made it somewhat necessary to bring Edwin Diaz in for the save. Diaz, as it turns out, has been horrible on back halves of back to back days. Not great considering that you traded a possible future lineup fixture for five years of a 35-year-old second baseman who has already started to break down, and a shutdown closer who hasn’t been shutting anything down on back-to-back days.

But okay, Diaz has a three run lead, should be able to take care of this right? Immediately gets to 0-2 to Joc Pederson. All good, right? Well, cue the 1812 Overture. (The full one with the cannons.) Pederson? Bombs away. (Great, we see Bellinger this inning.) Max Muncy? Yard work. (Bellinger could be the winning run!) Justin Turner? Double to left. (Is Edwin Diaz going to get an out?) Bellinger then ties the game with a ringing double. (Shit.) Corey Seager gets walked and Matt Beaty hits a grounder up the middle to Amed Rosario, who turns into Fred Astaire and hits everything except the base. (Well why not, this game’s in the bottom of the trash can anyway.) But hey, Diaz then got an out! It was the sac fly that ended the game to give the Dodgers a 9-8 victory but those are mere details. Diaz got an out! The future is bright, and “Come Get Us” is the new “We’ve Adressed The Bullpen“.

And Jarred Kelenic was promoted to High A ball! Hot diggity dog shit!!!

Okay, so all seriousness, the Mets are going to be okay if they keep hitting and find a way to continue to have Alonso and Smith in the same lineup. And the starters are starting to catch up to their former selves. But if this bullpen continues to be potluck and Diaz can’t shut anybody down because he has to pitch every single night because the rest of the bullpen can’t get him a day off in a game that’s 8-3 in the 7th, the Mets aren’t going to be more than a .500 team. And that’s a shame. This franchise wasted David Wright’s career post Citi Field, they wasted one of the best pitched seasons in franchise history, and they’re in danger of wasting a rookie season which could break every important full season offensive mark in Mets history and not just for rookies. The Mets were on their way to saying they split a series with the Dodgers in Los Angeles by the end of the night, and now to do that they have to win a game where the starting pitching matchup is Jason Vargas (5.22) vs Hyun-Jin Ryu (not 5.22). And even if Vargas matches zeroes with Ryu, they’ll have to get to the end with the likes of Drew Gagnon and Tyler Bashlor and Wilmer Font and where the hell has Justin Wilson gone anyway?

This loss was disgusting. But we’ve seen this movie before.

Gee, wonder where the Dodgers social media team got that line from. Trolls.