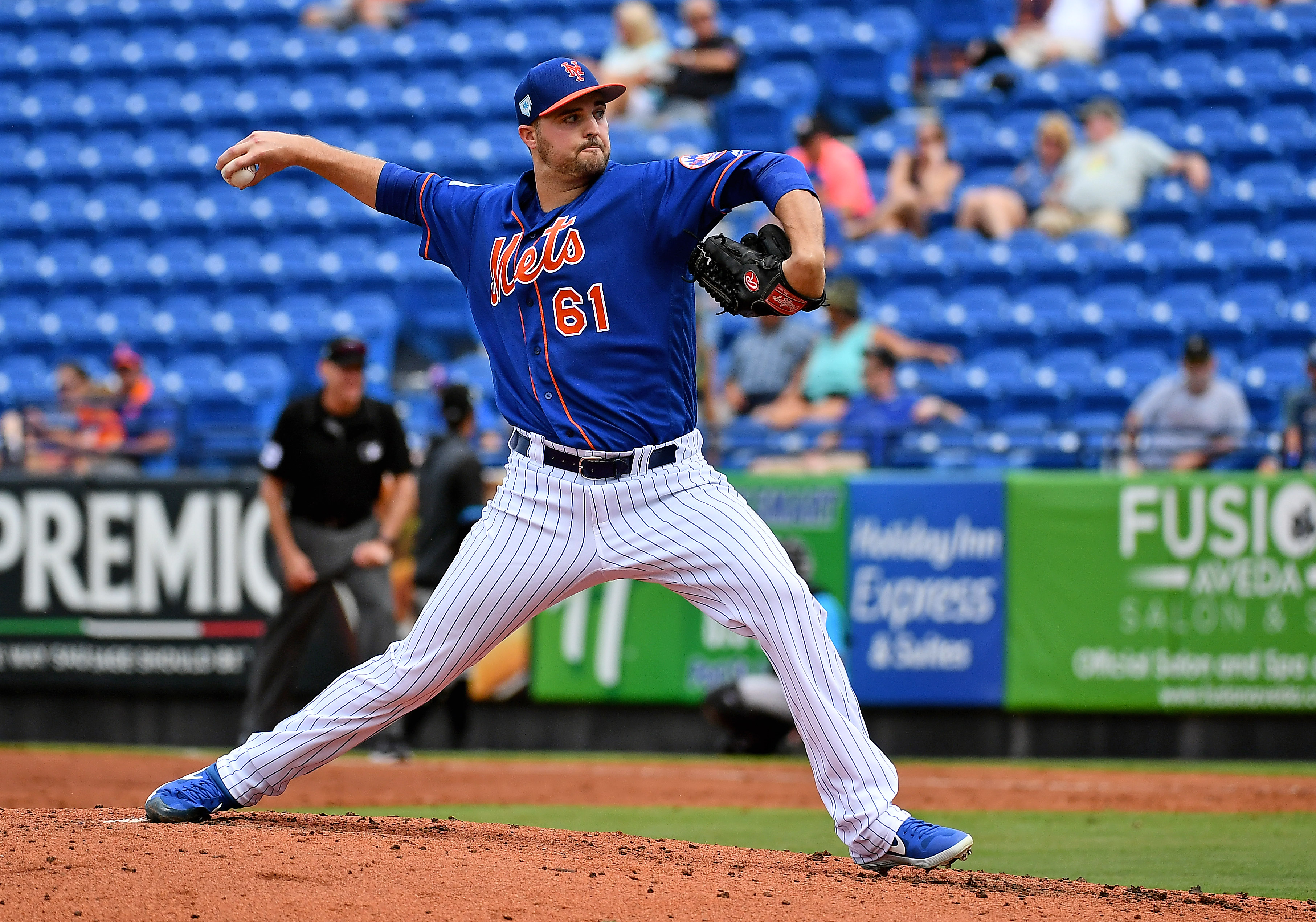 The New York Mets’ rotation suffered its first significant injury over the weekend when Noah Syndergaard suffered a strained right hamstring. Syndergaard immediately landed on the injured list, and hamstring injuries are no joke, meaning the Mets will need to find a starter to fill in for him. Upper level pitching depth isn’t the Mets’ strength at the moment, so they are thin on options, but this injury could prove to be an opportunity for one of Brodie Van Wagenen’s under-the-radar offseason acquisitions. That man is starting pitcher Walker Lockett, and he is the focus of this week’s edition of Minor League Mondays.

The Mets acquired Lockett in a trade with the Cleveland Indians over the winter in exchange for backup catcher Kevin Plawecki. Lockett actually got hurt at the end of spring training, starting the year on the injured list, but he recently rejoined the rotation for AAA Syracuse. In four appearances for Syracuse, Lockett is 0-1 with a 3.26 ERA and 1.22 WHIP, but he has struck out just nine batters in 24.2 innings pitched.

Lockett has a three pitch repertoire, pairing a fastball that sits in the low-mid 90’s with a curveball and changeup. None of the offerings is above average, which may explain the lack of punch outs Lockett has in AAA so far, but he is clearly capable of pitching effectively as evidenced by his 3.26 ERA. Lockett’s upside may be a fourth or fifth starter, but the Mets need someone who can step into the rotation right now, and there simply aren’t a lot of better options at the moment.

The Mets could go with Wilmer Font again, but he has been very shaky and trusting him for upwards of a month is dicey. Veteran Ervin Santana could also be a candidate after signing a minor league deal last month, but he hasn’t been great so far. The long term fit could end up being Anthony Kay, but he was just promoted to Syracuse and needs time to adjust to that level before being bumped to the majors. This could very well make Lockett the best choice the Mets have right now, and it is a big opportunity for the tall righty to make his mark at the big league level.