And The Razor Shines Award For Decision Making Goes To ... 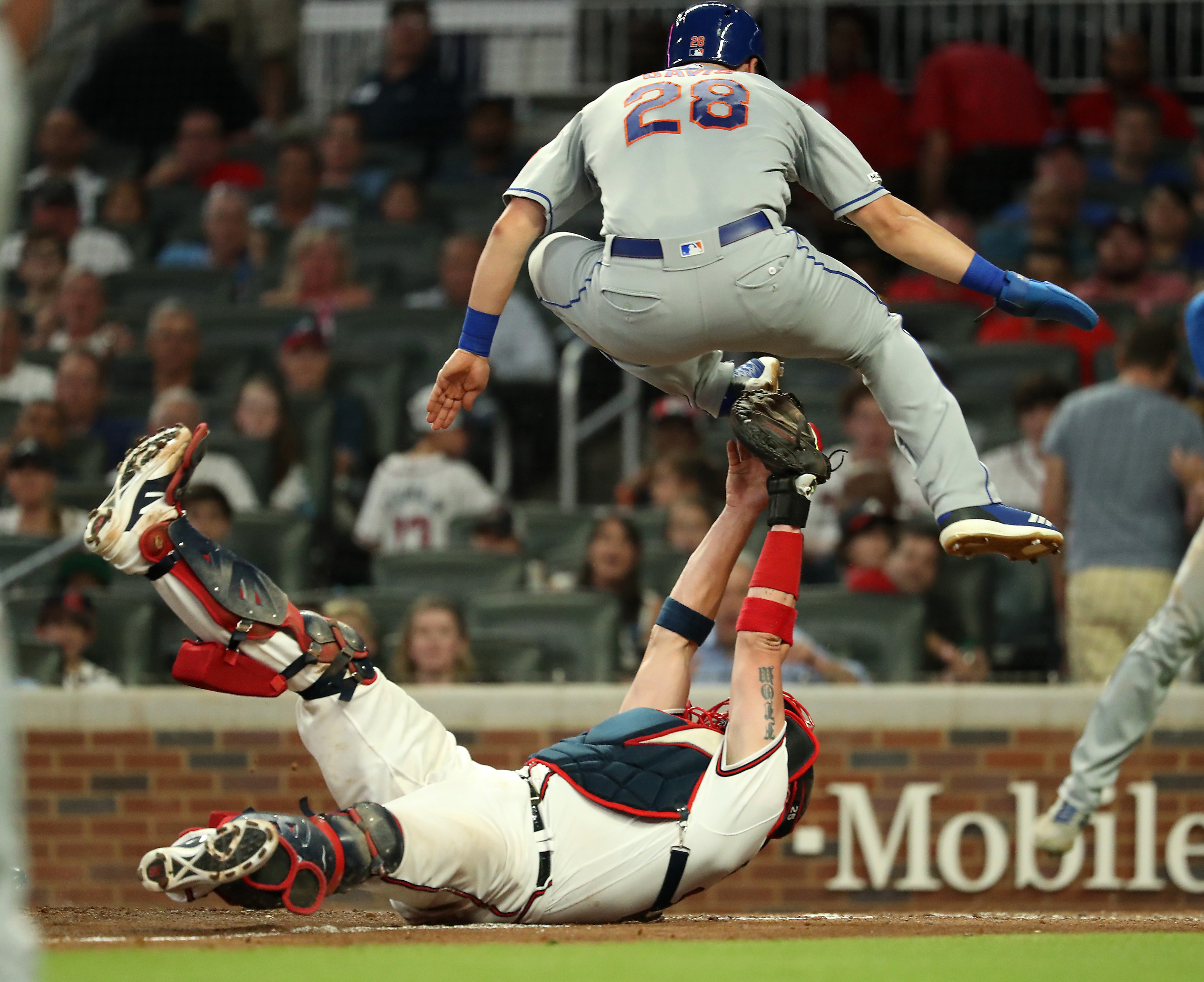 And The Razor Shines Award For Decision Making Goes To ...

I hope I’m never in a burning building with Gary DiSarcina. Because I’m sure that if he’s waving me to an exit that on the other side of that exit is a pool filled with acid rain and alligators that have jagged teeth laced with mercury and SARS.

It’s 2-2 in the 6th. Charlie Culberson is in deep right field in Williamsport, Amed Rosario, who was 2-for-2 was on deck, and J.D. Davis is a rotisserie chicken short of Lucas Duda. But sure let’s send him and make Culberson make a perfect throw to get him. But wait, there’s more … the throw actually sucked elephant testicles. And Davis was still two steps from hurdling Tyler Flowers like Davis was Edwin Moses. But hey, as far as Terry Collins knows Davis is the fastest guy on the team.

So whaddaya ya know, the bottom of the sixth comes and Freddie Freeman singles to left. Davis, probably still exhausted from DiSarcina forcing him to run a decathlon in 180 feet, was late getting to a pop-up from Freddie Freeman and turned it into a single. Steven Matz, obviously upset at Davis not catching up to Freeman’s pop, reverted back into Frustrated Sid Fernandez Mode and threw a lollipop to Josh Donaldson on a 1-2 count and Donaldson hit it ten rows deep into the stands for a 4-2 Braves lead and put the team on track to a 7-2 victory.

The Mets now go into Wrigley Field to face the Cubs with Walker Lockett making his Mets debut in place of Noah Syndergaard. That should be fun …