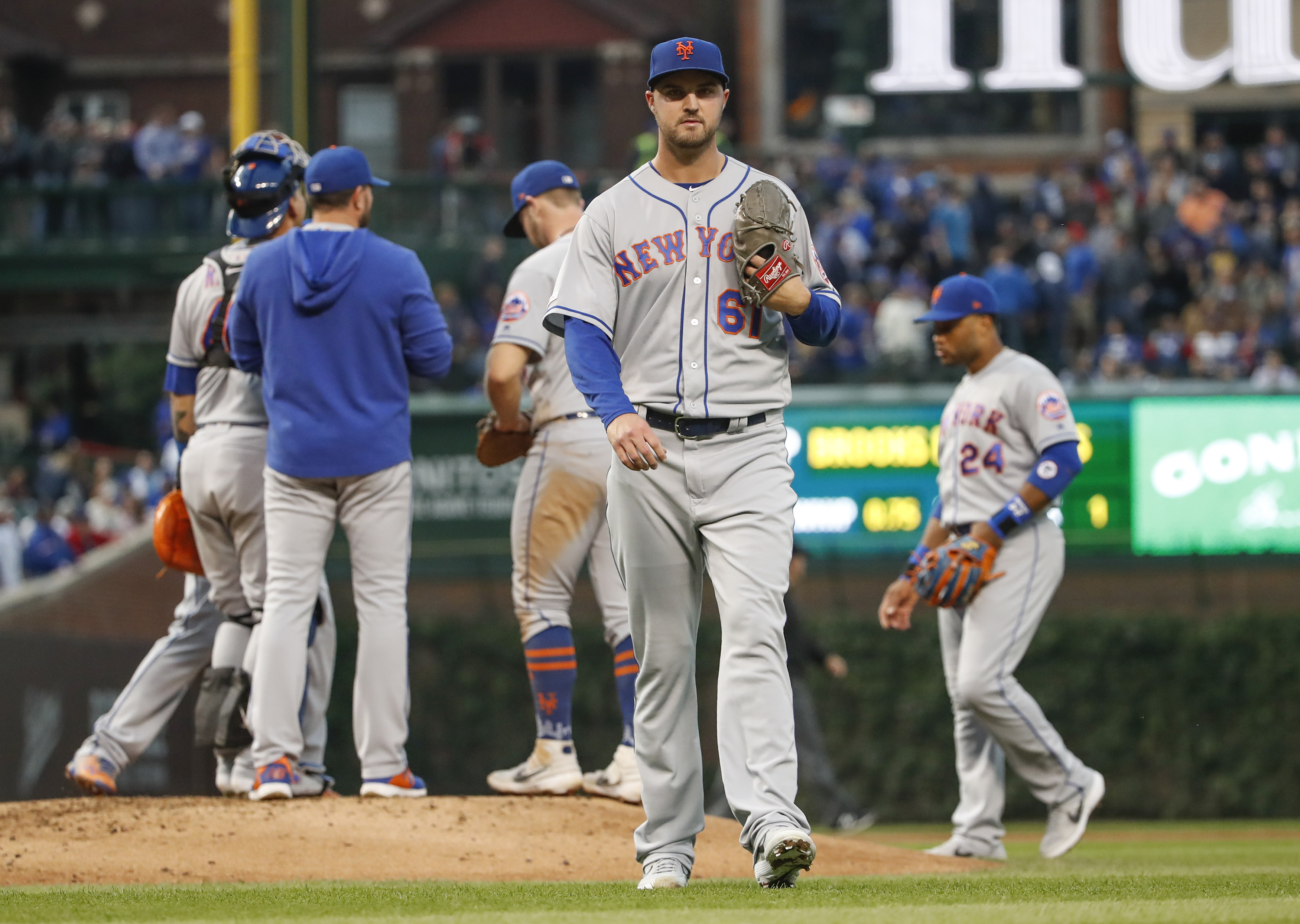 On the same day the New York Mets fired their pitching and bullpen coaches, their replacements didn’t have much luck either. Phil Regan and Ricky Bones watched Walker Lockett, one of their replacement arms acquired by Brodie Van Wagenen in the offseason, implode in the third inning. The Chicago Cubs (41-33) scored six off Lockett (L, 0-1) in the frame to cruise to a 7-4 win over the slumping Mets (35-40).

The Mets, to their credit, actually gave Lockett some early run support. After picking up a run in the first, Pete Alonso extended the lead in the third with a two run homer (25), giving the visitors a 3-0 lead. That didn’t last long, however, as Lockett got himself into immediate trouble in the bottom of the frame.

Carlos Gonzalez singled to lead off the inning, was sacrificed to second, and scored on an RBI single from Daniel Descalso. Lockett then walked Kyle Schwarber before giving up another RBI single to Kris Bryant, cutting the Mets’ lead to one. Anthony Rizzo followed Bryant with a two run double, giving the Cubs a 4-3 lead, before Javier Baez tripled home another run. That would be the end of the night for Lockett, who was pulled for Brooks Pounder, who recorded the final two outs but allowed Baez to score by uncorking a wild pitch.

That offensive outburst in the third pretty much ended the game for the Mets, who couldn’t get any more offense against Chatwood or the guy who came in after him, rookie Adbert Alzolay. Alzolay (W, 1-0) tossed four plus innings of one run ball to earn his first big league victory, striking out five Mets in the process. Steve Cishek finished off the ninth to earn his seventh save for the Cubs.

Today’s Player of the Game Award goes to Cubs’ shortstop Javier Baez. Baez went 2 for 4 with a triple, two runs scored, two RBI’s, and his 18th homer of the year.

The Mets will look to snap their two game losing streak as they continue their series with the Cubs tomorrow. Jason Vargas (3-3, 3.74 ERA) will face off with Yu Darvish (2-3, 4.65 ERA). First pitch for the matinee game is scheduled for 2:20 p.m. at Wrigley Field.