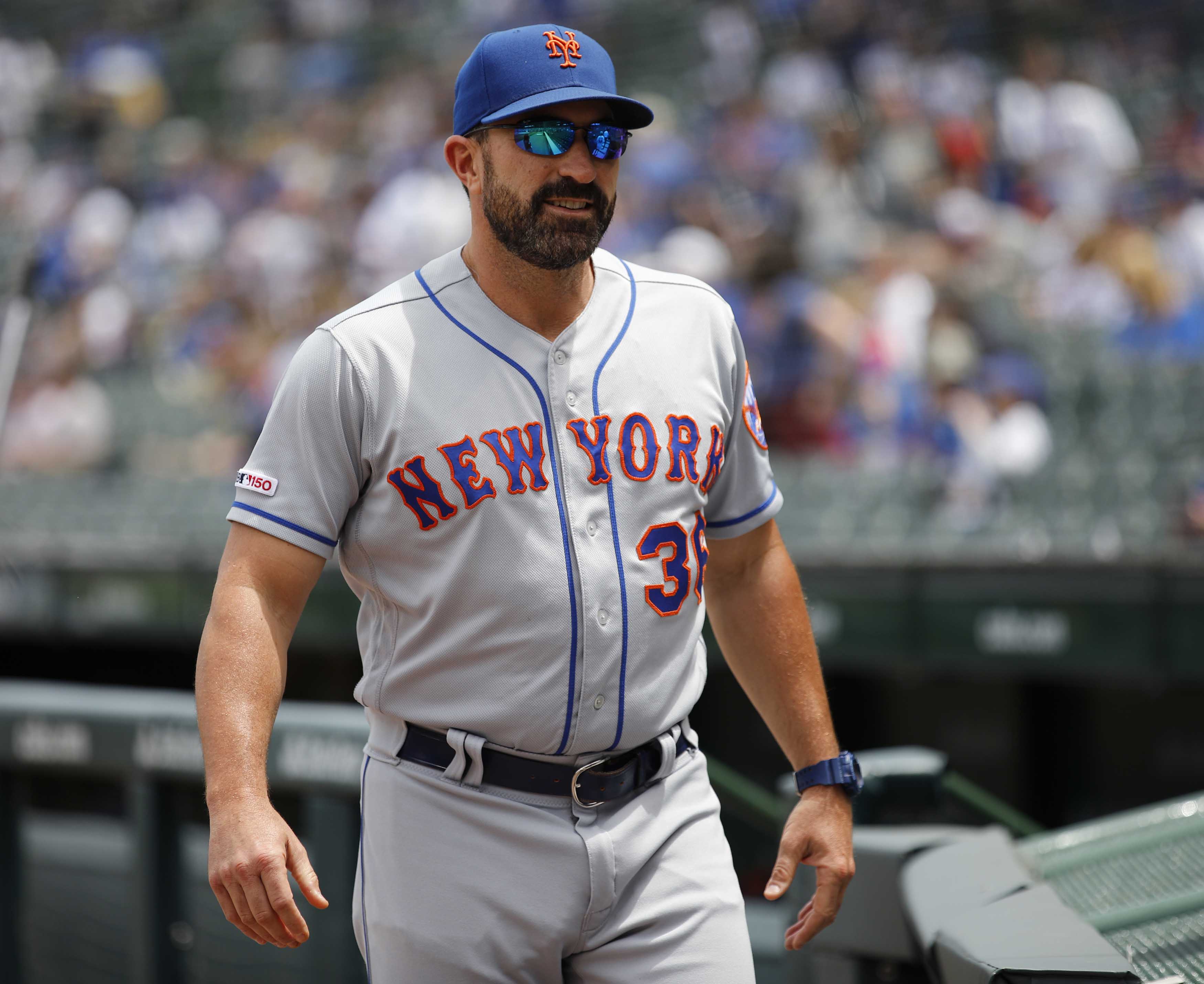 The problems started with Matt Ehalt, who questioned why Diaz wasn’t considered for a five out save. Here’s a look at what Callaway had to say about that.

When (I) asked if that plan needs to be malleable when guy had thrown 12 pitches in 8 days, he said: "Why? Because you think so?"

Ok, not a great start here for the skipper, but Ehalt asked a fair question. We can write this off as frustration from the fact that Lugo didn’t get the job done, which is understandable for any manager when his team isn’t playing well. What happened next, however, was downright embarrassing for the franchise. Callaway apparently took offense to what Tim Healey, another one of the beat reporters, said and tried to have him thrown out of the clubhouse.

Mickey did not like a remark made by a reporter as he walked by in the clubhouse.

Callaway told the public relations staff to “Get this motherf—-er” out of the clubhouse and when Healey didn’t leave, Vargas got into a stare down with him. Words were exchanged and Vargas had to be restrained from him.

What did Healey do to warrant this anger?

Mickey: "Don't be a smart***." I heard him mouth "mother******" under his breath as he walked away. Then it continued when Mickey came back. He thought the reporter was "antagonizing" people. https://t.co/SigjUVG0D4

That’s great. Healey said “see you tomorrow” and Callaway turns it into World War III. To make matters worse, Jason Vargas decided to get in on the act.

Mickey Callaway told a reporter to leave the clubhouse, calling the reporter a motherfu**er multiple times.

Jason Vargas, defending his manager, said "I'll knock you the f**k out, bro."

Vargas charged at the reporter and multiple people, including Carlos Gomez and Noah Syndergaard, had to separate them. The reporter left the clubhouse shortly after.

So in summary, Mickey Callaway and Jason Vargas just cursed out a reporter, with Vargas trying to physically assault him. This simply cannot happen under any circumstances, and the Mets should be embarrassed as an organization that things have gotten this far.

Callaway is clearly cracking under the pressure of managing for his job, and the Mets need to send a strong message that this kind of behavior is not acceptable. At a minimum, both Callaway and Vargas should be suspended for their actions after this game, and you can argue that Callaway should be fired for this incident. There were reports earlier this week that Callaway was being protected by Jeff Wilpon and an in-season firing wouldn’t occur unless the Mets’ season became a complete fiasco.

If this isn’t a complete fiasco, what is in Queens?