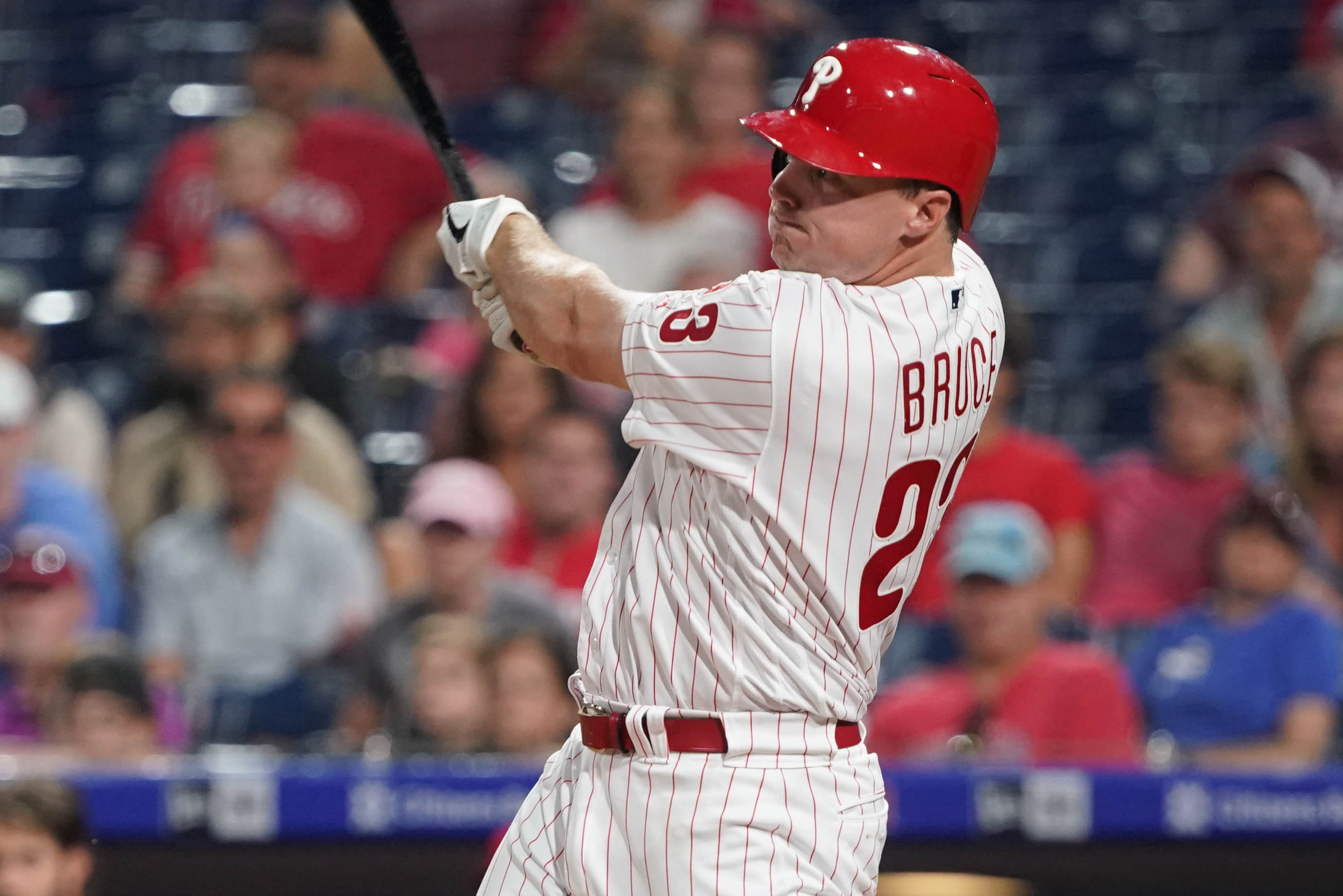 It’s like a Chuck Lorre sitcom at this point.

Maybe Ashton Kutcher replaces Charlie Sheen. Maybe Robinson Cano replaces Jay Bruce. But the plot lines are comfortable, and at the end somebody is getting the piano dropped on his head. In tonight’s case, it was poor Stephen Nogosek who was out there in the 10th to face the heart of the Phillies lineup, culminating in Bruce … who started the day by showing empathy for the Mets and their situation … ending the day by ripping the Mets’ hearts out with an RBI double to end the game and give the world another Phillies Classic. It would be hilarious if it wasn’t so …

But the game was lost in the 7th. LL Cool Jason Vargas knocked the Phillies out with his new and improved slow changeup with ten K’s in six and 1/3. But he gave up a couple of hits in the 7th and in came Seth Lugo (because why waste an opportunity to go to the Met Waltz of Lugo for two and Diaz for one?) The other thing Callaway did was double switch Dom Smith, who had three hits in three at-bats to that point, and put in Juan Lagares for defense. Because no way the Mets’ bullpen blows a three-run lead in three innings, right Immediately, Lugo gets touched up for a ground rule double to make it 4-2. Mikael Franco lined out and Brad Miller walked to bring up Scott Kingery, who thankfully struck out and stranded two runners to end the inning.

Tomas Nido turned his glove at the last minute and couldn’t block the ball in the dirt by Lugo and Kingery reached first on the inning ending strikeout. You knew what was happening next, right?

The rest was academic. Sure, Edwin Diaz came in and pitched a 1-2-3 ninth. Hooray, except that it only meant that the Mets would lose in the 10th instead of in regulation. (Aren’t you glad Brodie Von Monorail traded the sixth pick in the entire draft for him?) And by the way, that Jay Bruce double that won the game? Over the head of the defensive replacement: Lagares. Cruel twists of fate all leading up to Nogosek getting the piano on his head, and Charlie Sheen going off on a 30 minute webcam rant which is what I’m sure will be the next Mets controversy. Unless Handsome Art Howe one ups everyone in his latest attempt to get Jeffy to fire him.

At least Jay Bruce provided compassion before the hilarity.