Anyone Else Wanna Be Daniel Murphy Up In Here? 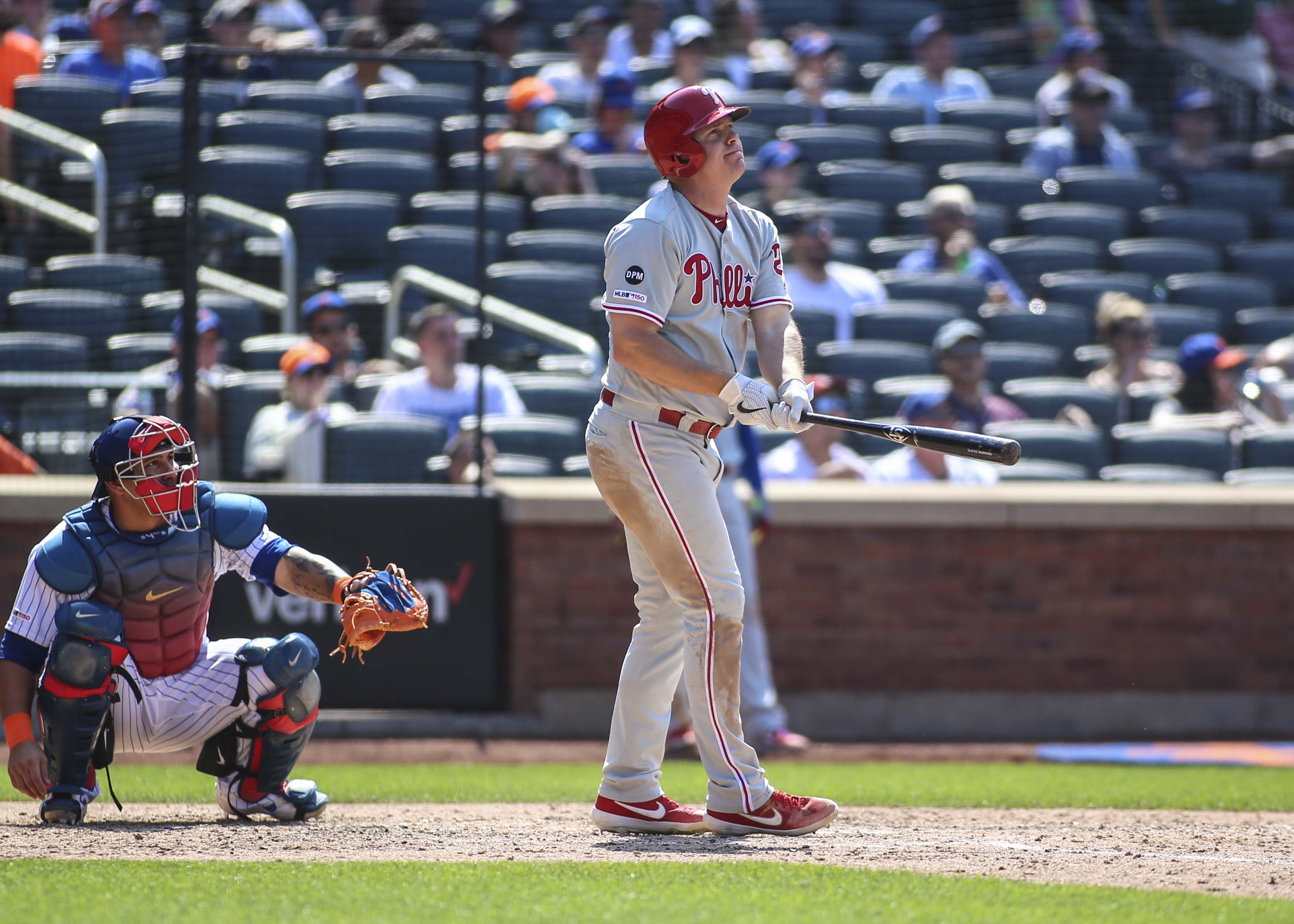 Anyone Else Wanna Be Daniel Murphy Up In Here?

Of all the aspects of the Edwin Diaz trade that were poorly thought out, I didn’t foresee the part of the trade where Jay Bruce comes back to the N.L. East and hit four home runs against the Mets. I’m not sure any of us did. But every sundae needs a cherry. Conversely, every pile of misery needs just a sprinkle of Jay Bruce.

“It’s different over there,” d’Arnaud told The Post as teammate after teammate came over to give him a hug.

At least d’Arnaud was nice enough to hold back from what I’m sure he really wanted to say. But I digress. Thanks for coming along on this side road. Back to the recap:

Bruce hit two more home runs against his former organization on Sunday … the first one to put the finishing touches on Zack Wheeler’s bowl of cookies and ca-ca he served up, and the second one just to remind everybody that the Mets are doomed to spend their earthly existence in eternal damnation. The highlight of the 8-3 loss was Wilmer Font drilling Rhys Hoskins for no real good reason except to put a smile on Todd Frazier’s face. If the Mets were better, I’d feel my oats a little bit. But big deal. Are the Mets going to be galvanized for some big run?

Mickey Callaway says the Mets, ahead of only the Marlins in the National League standings, are not dead.

"I feel like we can make a run at this thing," Callaway said. "We can sneak into the Wild Card. We can sneak back into the division. … Anything can happen in baseball."

The Mets are working on nine out of 11 seasons of under .500 baseball, with the other two seasons being Yoenis Cespedes carrying them to the playoffs. So let’s hold off on the pixies and fairy dust, please. When the general manager acts like an adult, I’ll believe that anything can happen in baseball. Until then, I’ll take solace in the small victories. The All-Star break being upon us is a small victory. It means that no matter how bad a baseball game might be, time makes sure we’re not stuck in that ballpark forever and ever (three hours and 20 minutes only seems like forever.) We have received a break from the Mets, thanks to time.