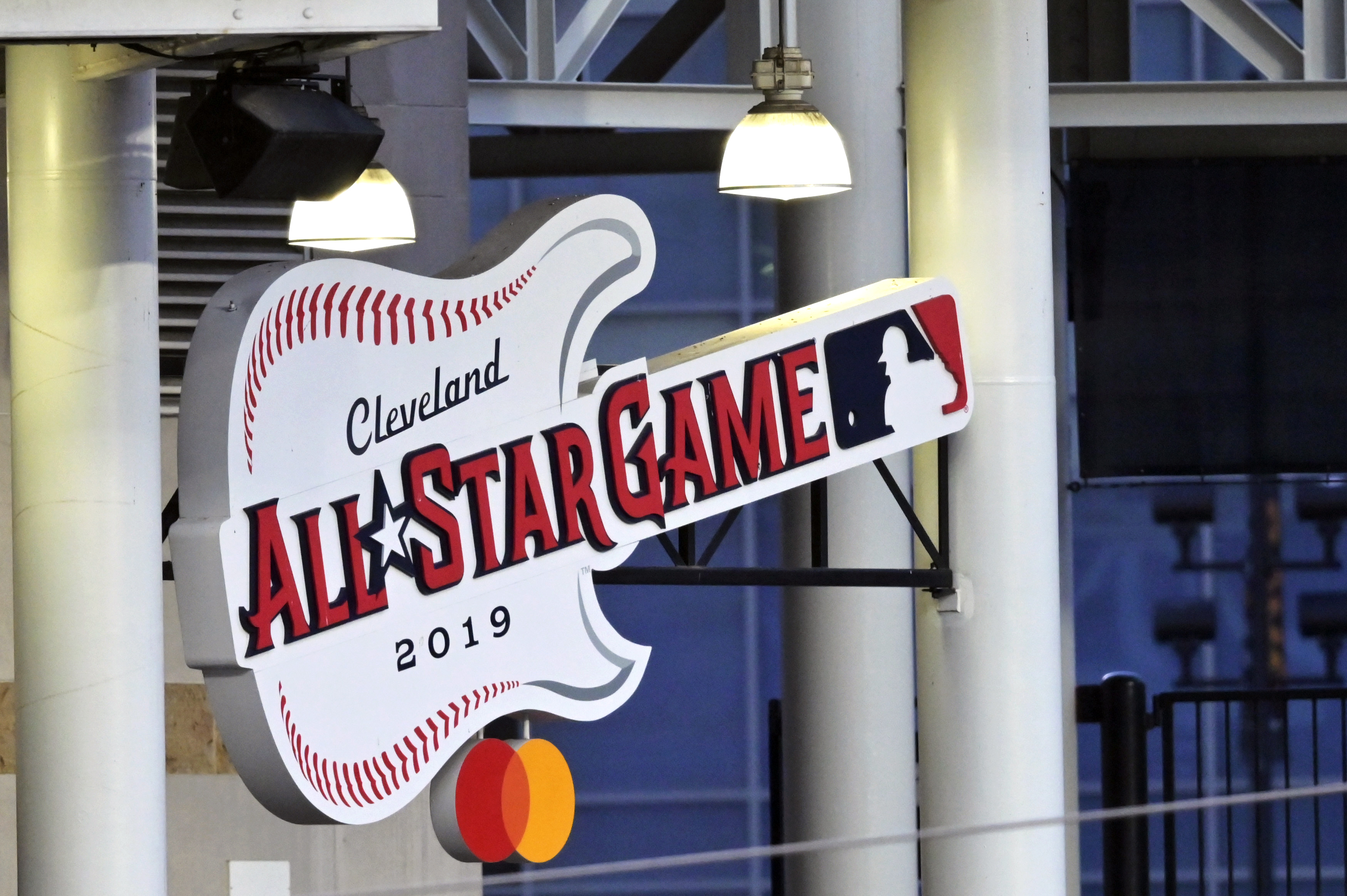 The 2019 All Star Game is here, and it is always fun watching baseball’s brightest stars gather on one field. This year the venue is Cleveland’s Progressive Field, and the National League and American League sides will face off tonight in the 90th edition of the All Star Game. First pitch for the Midsummer Classic is scheduled for shortly after 8:00 p.m..

May 21, 2019; Cleveland, OH, USA; A general view of the all-star game logo hanging at Progressive Field during a game between the Cleveland Indians and the Oakland Athletics. Mandatory Credit: David Richard-USA TODAY Sports

The National League side, which is managed by Dave Roberts of the Los Angeles Dodgers, will send lefty Hyun-Jin Ryu to the mound. Ryu, who is one of Roberts’ players with the Dodgers, is a Cy Young candidate after going 10-2 with a 1.73 ERA in the first half. The AL, which is managed by Boston’s Alex Cora, will counter with right hander Justin Verlander. Verlander, who is a member of the Houston Astros, is 10-4 with a 2.98 ERA on the year.

Here's your starting lineup for the 2019 NL All-Star team! pic.twitter.com/4p5oKKhxKt