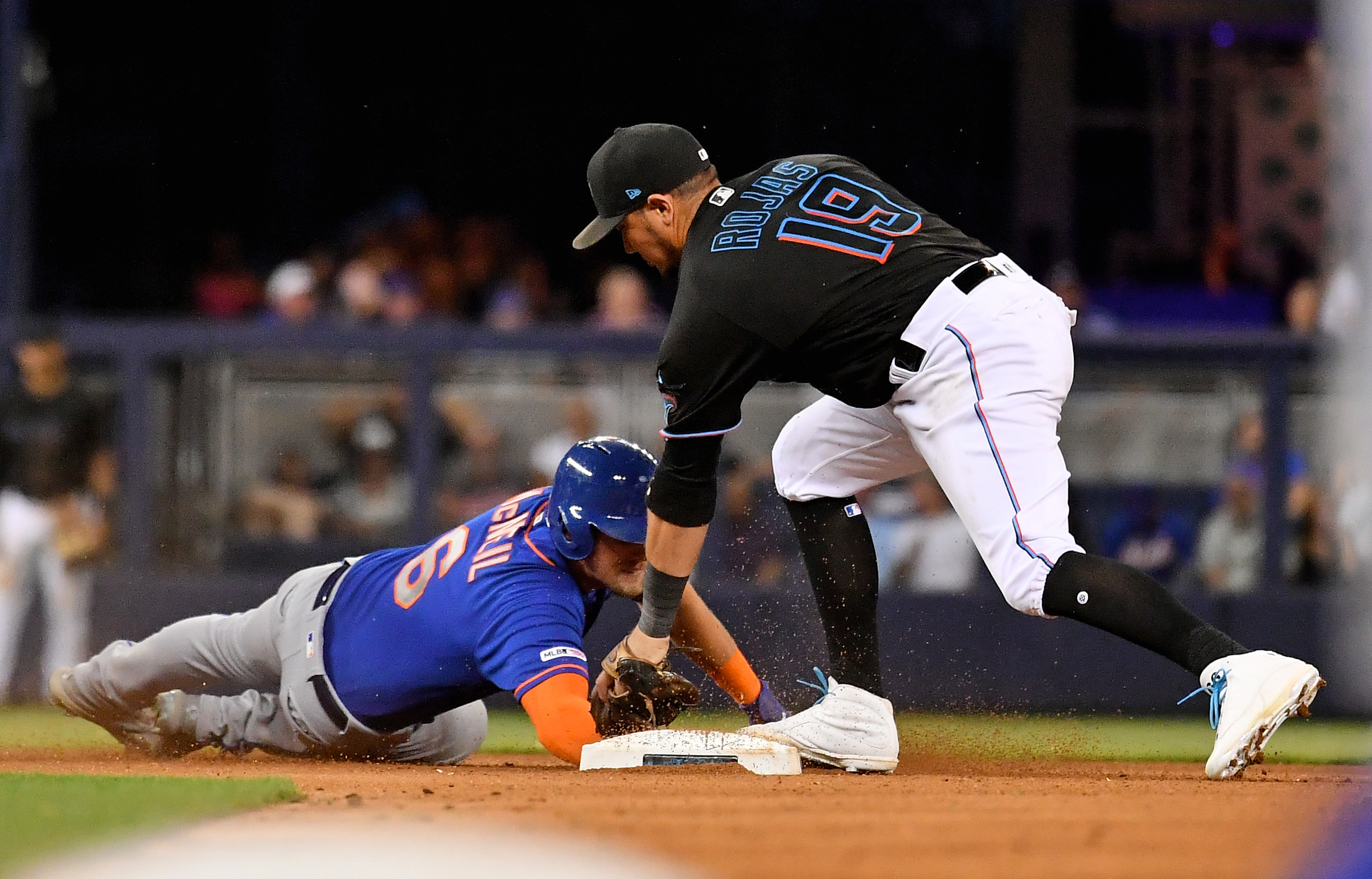 The Mets/Marlins death struggle continues as they will have to go to Sunday’s rubber match to define a winner for this series. (I think the winner gets something called the Irrelevance Trophy, or something like that.) The teams will get together because the schedule says they have a game at 1:10 PM at Marlins Park in Miami.

It’s Adopt-O-Mania in the West Plaza of the ballpark so if you’re headed to the game, there will be plenty of pets waiting for you to adopt. Maybe more pets than fans will attend, so take two or three cats.

If you’re in New York, the game will be on ESPN Deportes 1050 and WCBS 880 on the radio, while Wayne Randazzo and Keith Hernandez take you through on SNY. New York was supposed to have power back by midnight but just in case, you can fly down to Miami where they will have the game on 940 AM WINZ and WAQI 710, along with television coverage on FOX Florida.

Jacob deGrom’s last seven starts have been right at “quality” or better. He has a 2.68 ERA during that stretch. The Mets are 1-6 in these games.

Sandy Alcantara was the Marlins’ lone representative in last Tuesday’s All-Star Game. He’s 4-8 with a 3.82 ERA and a WHIP of 1.40 and a 1.2 WAR. Alcantara’s last seven starts haven’t been much luckier than deGrom’s last seven … Alcantara has an ERA of 2.91 in 43 and a third innings. The Marlins are 2-5 in that stretch. So Sunday’s game will most assuredly come down to which team can screw over which starting pitcher the hardest.

Alcantara has pitched well in spurts against the Mets over the last two seasons … he shut out the Mets on May 19th, and pitched seven strong innings in a 1-0 loss to Noah Syndergaard on the last day of the 2018 season. He also gave up two runs in seven innings and took a no-decision in a loss to the Mets last September 13th.

Michael Conforto back in the two hole after his home run last night. Adeiny Hechavarria gets the start at shortstop.