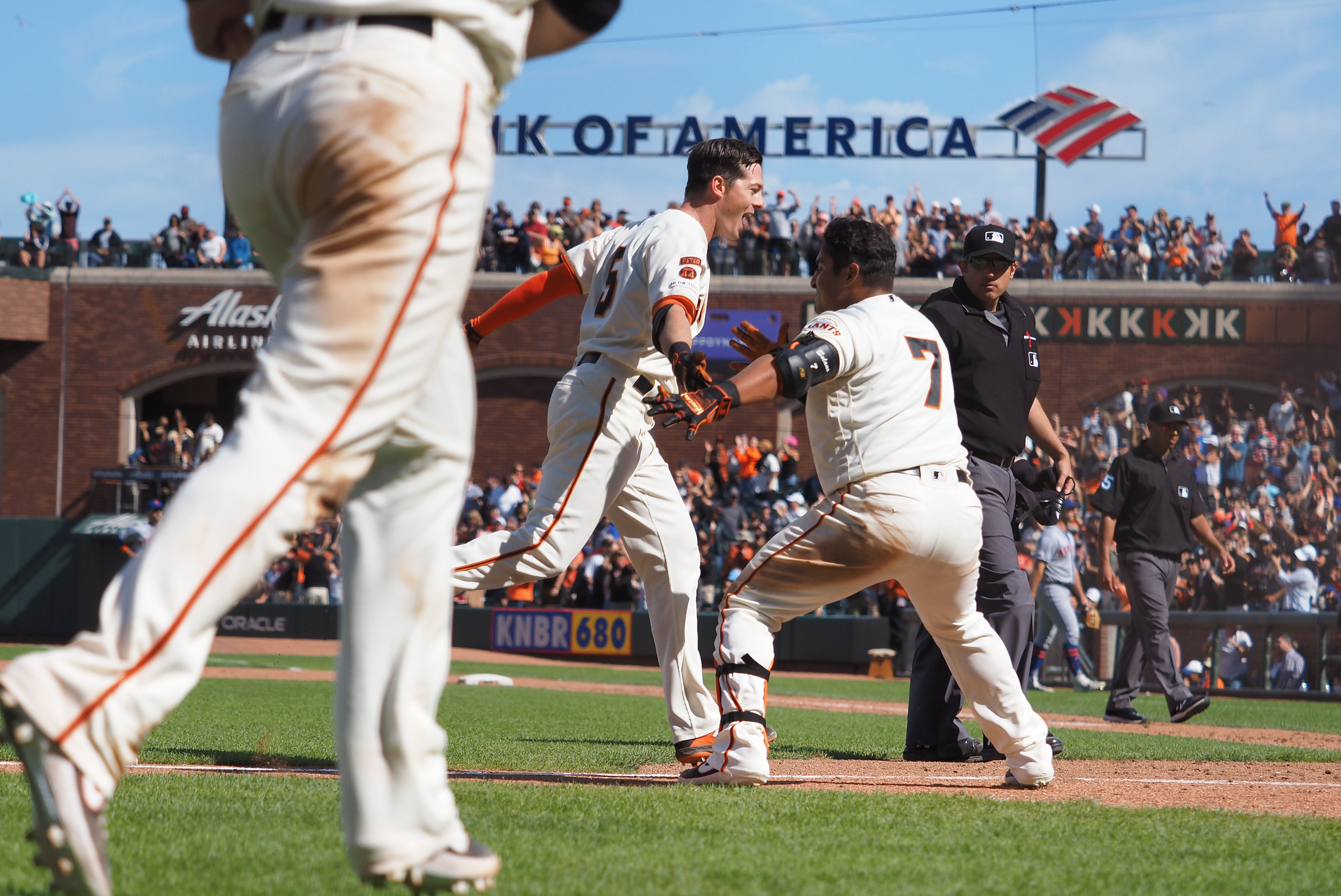 The New York Mets may still want to believe they’re in a wild card race, but this weekend was a sobering reality check. After starting their road trip on a good note by winning four of their first five games, the Mets (45-54) lost again to the San Francisco Giants (50-50) today, falling 3-2 in 12 innings. The Giants ended up winning three out of four in this series, with all three of their wins coming in extra innings.

The Mets’ only offense came in the second inning, when Michael Conforto and Amed Rosario launched solo homers off Giants’ starter Connor Menez, who was making his big league debut. Menez held the Mets to just three hits in his five innings of work, striking out six as he joins the seemingly endless parade of rookie starters to absolutely baffle the Mets over the years.

The Giants chipped away at the lead, getting a run back in the second on an RBI single from Brandon Crawford and tying the game in the fourth on an RBI double off the bat of rookie Zach Green, who was also making his major league debut. Steven Matz looked pretty good outside of those situations, however, and the game remained tied until the 12th inning.

Robert Gsellman (L, 1-2), who was entering his second inning of work after having to clean up a Jeurys Familia mess in the 11th, made one mistake in the frame. Mike Yastrzemski, grandson of the legendary Carl Yastrzemski, deposited it into the seats for a walk off homer to break the Mets’ hearts again.

Player of the Game: Mike Yastrzemski gets this spot automatically for hitting the game winning walk off homer in the 12th.