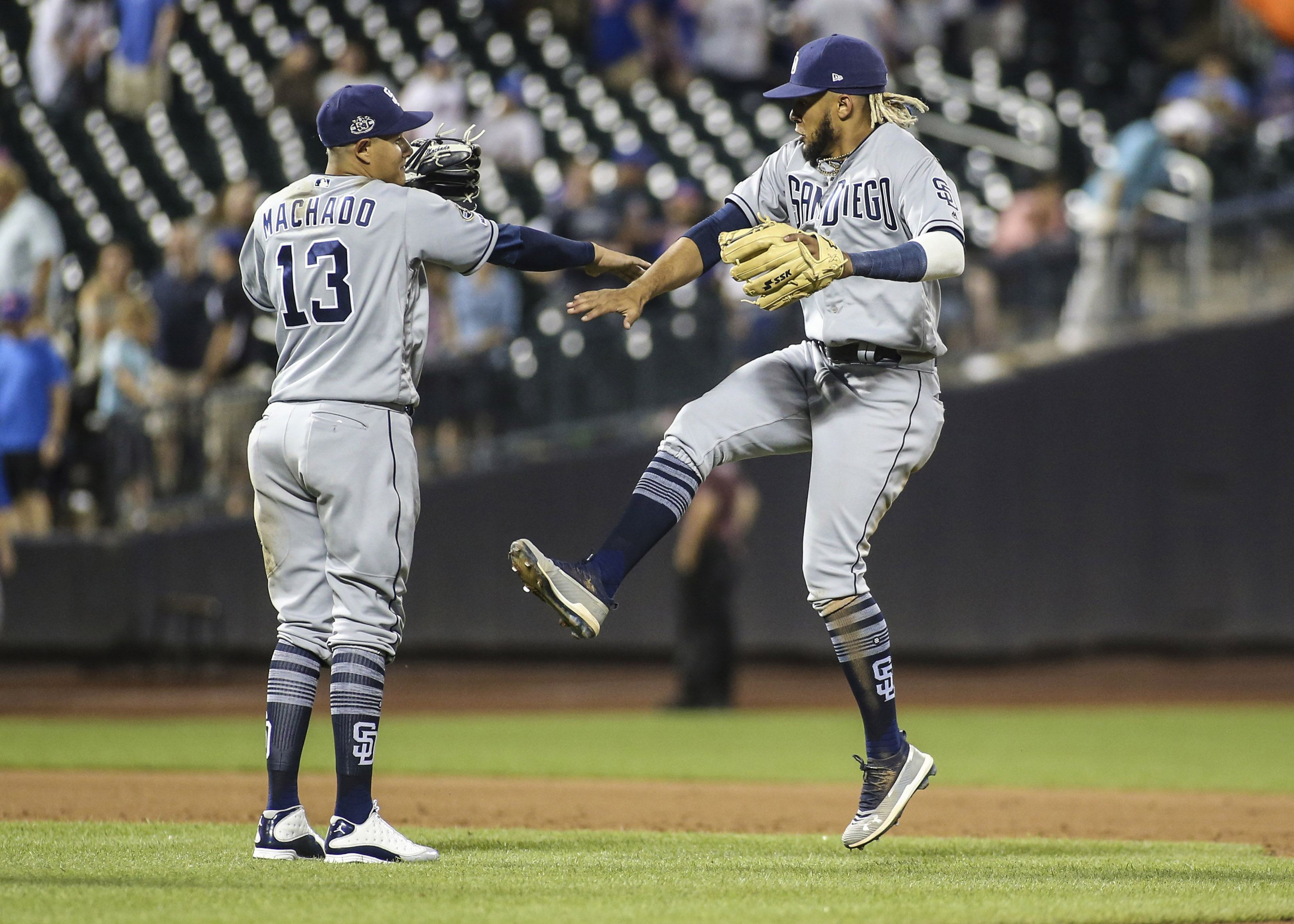 Dominic Smith had a tough night in the field on Wednesday. He made two errors during the third inning which helped two Padres runs along (only one of those was unearned.) Smith hadn’t made an error all year until last Friday’s “worst possible moment” error. Now he has three. (They come in bunches, I guess.) It’s a healthy reminder for us that if the Mets want to improve their team defense next year, that’s a good place to look.

Now, I would hate to trade Smith. Smith has gotten hammered physically and spiritually in his first two seasons in the league. He played 163 games combined in 2017 … had 683 plate apprearances between AAA and the majors that year (many of which came in Las Vegas heat.) He was fried. But he was told that he needed to lose weight. So he did. And how did the Mets reward him? By acquiring Adrian Gonzalez. 2018 hence became a wasted season between that and Smith’s injuries. So then the Mets basically hand the first base job to Pete Alonso, which was the correct move. Smith by all right could have requested a trade to find a spot where he could play first base. But he had a great attitude about it and stuck around to be a pinch hitter and help the ballclub, and forced his way into a semi-regular spot in the outfield, which helped the Mets in terms of raising his value for the club and for a possible trade.

“Smith continues to show outstanding defensive ability at first, with very good footwork and excellent hands,” they explained. “With his run-producing ability showing up more consistently, he is looking more and more like the everyday first baseman the Mets saw when they drafted him.”

Imagine putting John Olerud in left field. That’s basically what the Mets did. They’re lucky it hasn’t been a total disaster.

Smith will always be a favorite of mine for handling every bit of baseball adversity with a can-do spirit. But tonight was an example of why Smith in left field probably isn’t going to work long term. It’s a shame,

Now to Michael Conforto, who struck out with the bases loaded in the seventh inning on four pitches with the Mets down 4-2. He’s probably the reason that Smith might have to go … so that he can play more regularly in a corner outfield spot. Once he plays a more natural position perhaps he can blossom into what he’s supposed to be. Or maybe I’m reading too much into it. But there’s something holding Conforto back from taking that next step and it’s impossible to know what it is. His stats right now are right in line with what he did last year, and that included a horrible first half. This year, he had a good start but from April 20th on he has been very, very ordinary. (.227 AVG, .752 OPS). Can he be better than this? Of course. But anybody putting him in elite status should look at his numbers from 4/20 on and decide from there. And also realize that elite players aren’t given a rest day against Madison Bumgarner.

Okay, so I’m drifting again. The Conforto at-bat hurt because you knew that the Mets were pretty much done after that, and sure enough Jeurys Familia reverted to being Wario Familia and gave up a single, a walk and a double with the latter two coming around to score on him. Okay, so Familia is bad again and the Mets would go on to lose 7-2. After the game, Handsome Art Howe didn’t instill much confidence that he had a real plan with Familia.

Here’s what Callaway had to offer on Jeurys Familia’s continued struggles:

“We have to keep on pitching him.”

“We don’t see anything different.”

“We’re not going to stop trying.”

“Sometimes you just sit there and scratch your head.”

First off, no you don’t. Second, different from what? 2015? April? Your last acid trip?

And … “sometimes you sit there and scratch your head”? This is from the supposed pitching whisperer, ladies and gentlemen. It’s why the Mets hired him. And whether it’s because of the personnel he’s been given or because of his inability to fix said personnel, he’s become Stan Laurel. Which is fitting because this is high comedy at this point.