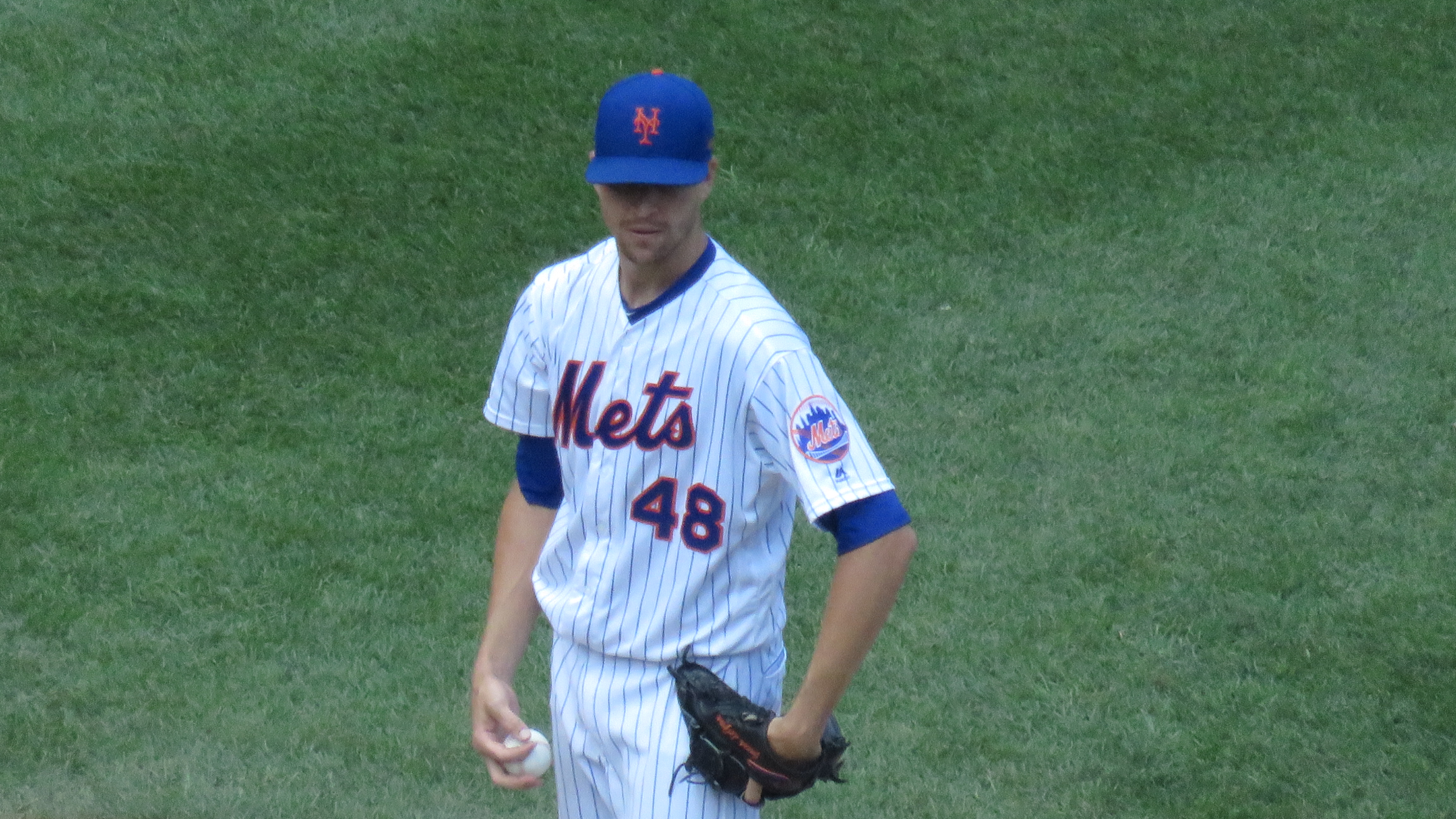 Just a few observations from being at the ballpark today:

First, it’s always interesting to see how pitchers deal with prosperity or adversity. Jacob deGrom gave up a hit in the first and then was staked to a 4-0 lead in the bottom of the first. How would deGrom respond for the second inning? Because I always worry about pitchers who get a big lead or a cushion and then they walk the leadoff batter.

All deGrom did was get Hunter Renfroe (who hits him well) to softly line out to left, he struck out Franmil Reyes, and then he struck out Francisco Mejia and made him look like a Bugs Bunny cartoon. Mejia went down on one knee and it was then that I would have just told the Padres “look … go home. You have no shot today.”

He was stellar today. (Metstradamus)

The only chance the Padres had against deGrom was in the sixth when Eric Hosmer was up with two runners on and he sent a screaming liner to center field that the Juan Lagares of the past would have put in his pocket. But on this day, he started in … then had to race back and make a leaping grab of it for the third out. The best part of that, which I’m sure wasn’t on camera, was J.D. Davis in left field standing there looking towards center field with his hands on his hips while everybody else was jogging to the dugout. With Davis’ back to the crowd, I couldn’t tell whether it was bewilderment, disgust, or relief, But he was standing there as if to say “what in the absolute hell just happened?

But deGrom went seven strong shutout innings to get himself (gasp!) a win.

The bell tolled for thee on this pitch (Metstradamus)

The most notable thing since that catch happened in the ninth, when Edwin Diaz got nailed in the toe by a Manny Machado line drive. (It was obviously Manny’s revenge for those camp kids in my section screaming “WE HATE YOU” at Manny in the first inning … which is fine because at least the camp kids were paying attention to the game, which is good.) It seems like any time anybody is even mentioned in trade rumors they get hurt. First Wheeler, now Diaz gets dinged the day after rumors were leaked about him. Luckily …

Update: x-rays were negative on Edwin Diaz's big toe. Nothing broken, it would seem.

Which is good because …

Dodgers continue to focus on high-end relievers, and Edwin Diaz would be a really good bet for them — if L.A. landed him, you can bet the Dodgers would have strong ideas about how to get him back in '18 mode. He's pitched better lately.

There was one more fun thing that happened before Luis Avilan wrapped up a 4-0 Mets victory:

Hunter Renfroe really wanted one of our fans to look good before he left. (Metstradamus)

So the swing you see above resulted in a foul ball up to the 400 section, which the guy in the first row dropped resulting in boos. He was wearing a Yankee hat, so it was karma that he dropped it. One guy yelled “get that Yankee hat off!!!” And he actually took off the Yankee hat. As God as my witness, Renfroe fouled the next pitch off and it headed to the same freaking guy, this time without the Yankee hat.

See what happens when you comply with the wishes of the baseball gods?

No Hate List today, but I want to know …

Which relative of Matt Reynolds is this? (Metstradamus)