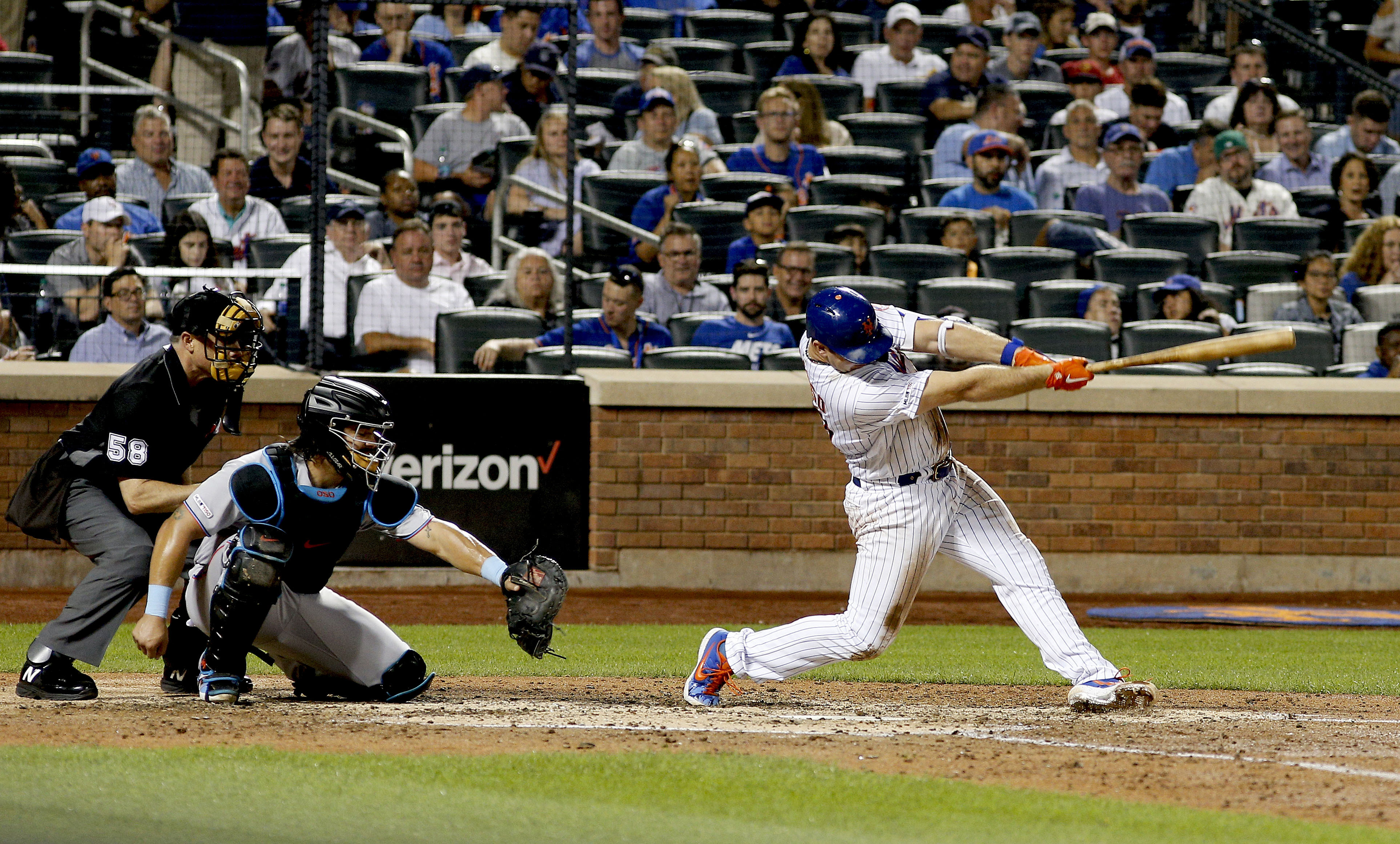 The New York Mets (58-56) are almost done with their stretch of games against bottom feeders, and they have taken full advantage of it. After defeating the Miami Marlins (42-70) for the third straight game last night, the Mets have won five in a row to close to within a game and a half of the second wild card spot. The Mets will look to break out the brooms and complete a sweep of the Marlins this afternoon. First pitch for today’s matinee is scheduled for 12:10 pm at Citi Field.

The Mets will send lefty Steven Matz (6-7, 4.60 ERA) to the bump today. Matz struggled in his last start, giving up five runs in 3.2 innings to lose to the Pittsburgh Pirates last Friday. The Marlins will counter with rookie right hander Jordan Yamamoto (4-2, 3.94 ERA). Yamamoto had a tough time in his last outing, allowing four runs in six innings against the Minnesota Twins last Thursday, but he was not a factor in the decision. The Marlins ended up winning that game 5-4.